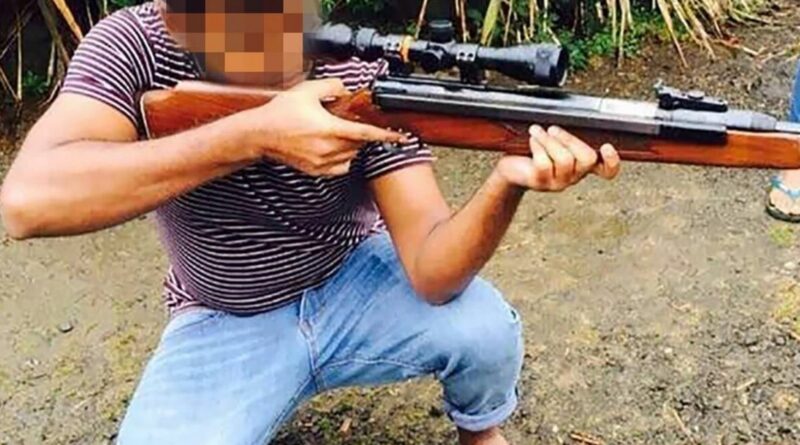 A terrorist who went on a bloody knife rampage through a New Zealand shopping centre had previously been arrested by police over fears he was plotting just such an attack.

The extremist, who can only be identified as S at this point in time for legal reasons, carried out an 'ISIS-inspired' terror attack and was motivated by a "violent ideology", New Zealand Prime Minister Jacinda Ardern has said.

He was shot dead at the LynnMall Shopping Centre in West Auckland after injuring six people, three of whom are fighting for their lives in hospital.

It is believed S was a Sri Lankan national who had been in New Zealand for 10 years, and authorities have confirmed he was being "monitored constantly" over his "staunchly anti-Western and violent" posts on social media.

He was considered a threat to public safety after twice buying large hunting knives and possessing Islamic State videos.

S had only recently been released from prison and was under constant surveillance from police, including an armed tactical team, and national security agencies.

The armed tactical team shot S dead within 60 seconds of the attack starting, Ardern told the media at a special briefing in the wake of the bloody attack.

Michelle feels “pretty shaken up” and says she saw him “running around with a knife, then he just lost the plot. Whether he was on drugs or whatever, I do not know. But I stand by the police on what they done here today.”

Another witness who was walking nearby said he saw armed police swoop in, after seeing a woman blocking the car park exit and yelling for the cops.

Mike Norman added the atmosphere was tense and after feeling concerned for his own safety, returned home.

One witness inside the supermarket at the time 'heard someone scream before everyone began running towards the door'.