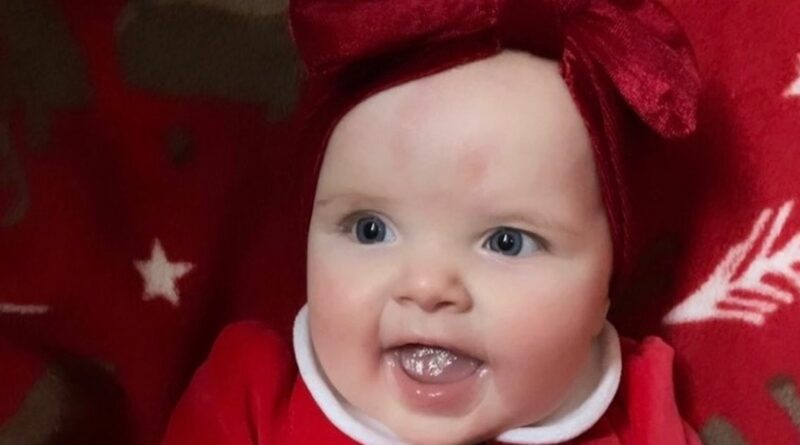 A mum who people thought was having twins due to her huge baby bump actually ended up giving birth to a baby girl who was able to fit into clothing for six-month-olds.

Jodie Baines, 25, had been sporting a massive baby bump throughout her pregnancy which made it difficult for her to get out of bed as she experienced a gruelling 25 hours of labour, Daily Mirror reported.

READ MORE:Woman chucked out of New Zealand 'for being too fat' as visa row forces her from country

Mum Jodie, a care worker, from Chorley, Lancashire, said: "She did look big and was very heavy when she was born. People said it looked like I was carrying a six-month-old baby around but she was a newborn.

"We put her on the scales and saw her weight and were like wow. My son Theo was a big baby too at 8lbs 6oz.

With her bump showing at 10 weeks, Jodie said she expected her second child to be a bigger baby as she spoke on the pain she was in due to Aria's sheer size.

She added: "At 32 weeks they measured my belly and told me I was measuring three weeks ahead.

"But at the scan they said Aria was measuring ok and not big. I looked like I was about to pop, I was in so much pain by 36 weeks and could feel how big she was. I could see her moving.

"I couldn't get out of bed in the end, now I look back I don't know how I managed to carry her or birth her naturally."

Jodie had Aria at Royal Preston Hospital and was induced by doctors after 42 weeks of pregnancy before she went through 25 hours of labour.

"Her head got stuck but I managed to push her out in 15 minutes," Jodie said.

"I didn't really realise how big she was until they weighed her, I did realise she was heavy as you'd get a dead arm after five minutes of holding her."

During Aria's birth, Jodie suffered blood loss and had to stay in hospital for a week.

She said: "People thought I was carrying around a six-month-old.

"Zero to three-month-old clothes were too small for her so she went straight into three to six months, now six to nine-month clothes fit her perfectly."