Hospital bosses have hit back at Donald Trump after he likened a London hospital to a ‘military war zone’ after a spate of stabbings in the capital.

The US President’s comments were branded as ‘ridiculous’ by the Barts Health NHS Trust, after he spoke at the National Rifle Association convention.

Trump was slammed after he labelled the situation in London as ‘knives, knives, knives’ and said that guns are part of the solution, according to Sky News. 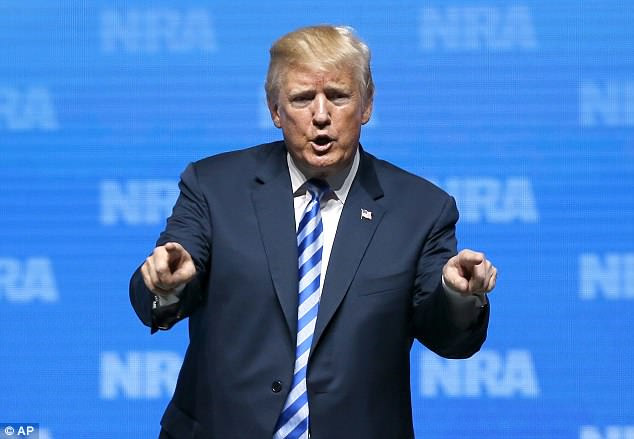 Defending the use of guns, the US president said: ‘Yes that’s right, they don’t have guns they have knives. They say it’s as bad as a military war zone hospital’

He told the crowd: ‘A once very prestigious hospital right in the middle is like a war zone for horrible stabbing wounds.

‘They don’t have guns – they have knives. They say it’s as bad as a military war zone hospital. Knives, knives, knives.’

While Trump didn’t indicate which London hospital he was discussing it is believed to have been St Bart’s in the east of the city – and the trust has since responded.

Professor Karim Brohi, a trauma surgeon at The Royal London Hospital, said: ‘Knife violence is a serious issue for London. We are proud of the excellent trauma care we provide and of our violence reduction programmes.

‘The Royal London Hospital has cut the number of our young patients returning after further knife attacks from 45% to 1%.

‘There is more we can all do to combat this violence, but to suggest guns are part of the solution is ridiculous.

‘Gunshot wounds are at least twice as lethal as knife injuries and more difficult to repair. We are proud of our world-leading service and to serve the people of London.’

An article was published on the Breitbart website last month, which the US President is known to be a reader of, with quotes from a doctor who worked there.

It was based on comments Dr Martin Griffiths, lead surgeon at Barts Health NHS Trust, where he likened working in the city to their time at Camp Bastion in Afghanistan.

He told the Today programme: ‘Some of my military colleagues have described their practice here as similar to being at Bastion.’

Mr Griffiths also responded to Mr Trump, saying he would be happy to invite the president to the Royal London Hospital to ‘discuss our successes in violence reduction in London.’

Since the beginning of the year, at least 36 people have been fatally stabbed and 62 overall killed.

On New Year’s Eve alone four teenagers were stabbed to death in London and 22 were killed in March. 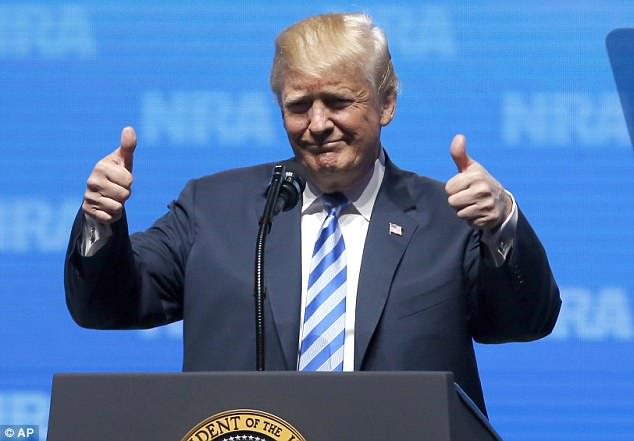 Donald Trump has described an unnamed London hospital as a ‘war zone’, with ‘blood all over the floors’ because of knife crimes

This means the city has a higher murder rate than New York, which had 21 deaths in comparison, where handguns are legal.

A year ago, the US President was slammed by UK politicians for retweeting the far-right group Britain First.

He tweeted a response saying: ‘Don’t focus on me, focus on the destructive Radical Islamic Terrorism that is taking place within the United Kingdom. We are doing just fine!’

He also pledged that gun rights ‘will never, ever be under siege as long as I’m your president’.

Trump’s Republicans are battling to keep their majority control of Congress in November’s midterm elections.