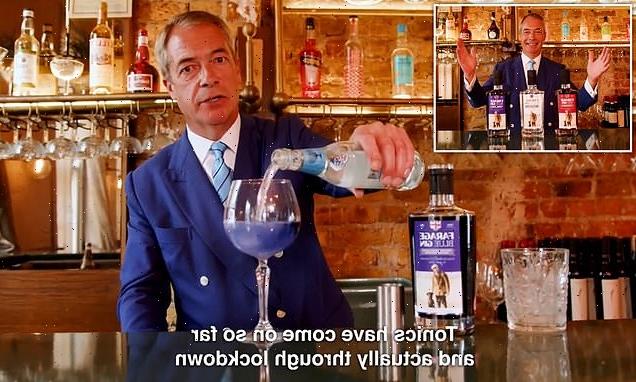 Nigel Farage has launched his own ‘patriotic’ gin brand which he claims has ‘the taste of Brexit’.

The former Brexit Party leader, known for enjoying a drink, has unveiled a range of red, white and blue gins produced by a distillery in Cornwall.

Mr Farage, 58, said he would send a gift-wrapped bottle to longtime adversary Jean-Claude Juncker, former President of the European Commission, and would even send one to former US President Donald Trump, if he were a drinker.

He added that he hoped Briexteers and Remainers alike would buy the gin, ironically or not.

Speaking at the launch of his new brand, Mr Farage said: ‘Jean-Claude Juncker was a pleasant human being, despite the fact he didn’t agree with my position.

‘He deserves a bottle and one will be on its way to Luxembourg. I can’t quite say the same about [European Parliament Brexit negotiator] Guy Verhofstadt, so he won’t be getting one. And Donald Trump is teetotal. 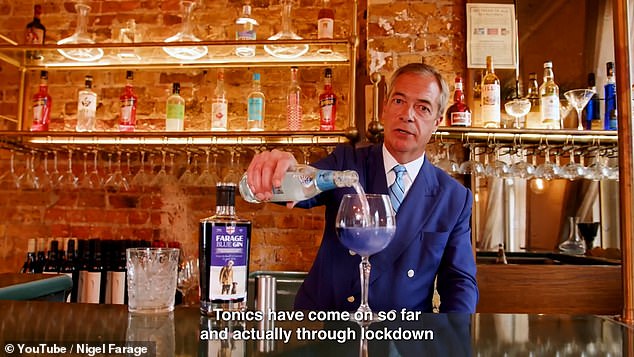 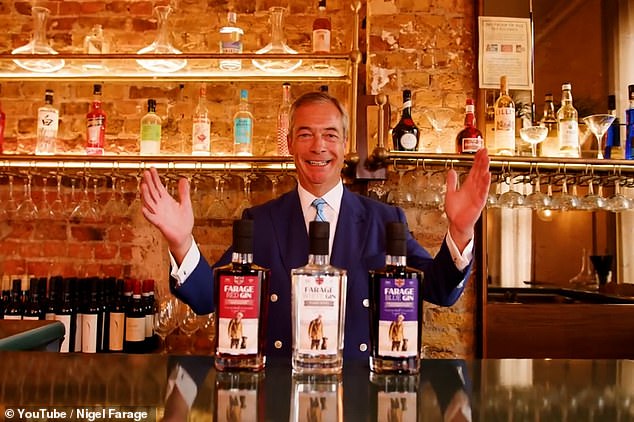 ‘I hope when people give this as a present to Brexiteers it brings a big smile, and if it’s given to Remainers, well, I hope it makes the family laugh.’

The gin is being made at an unnamed artisan distillery in Cornwall. Mr Farage said he had launched the new range with the small business after meeting the family who run it.

He said: ‘A couple of years ago I happened to chance upon a retired couple who decided to have a go producing gin in their garage. I looked at the process they were using and it’s all hand made, hand bottled, hand labelled and hand packed.

‘It’s a truly great cottage industry. We’re about to have our fourth Prime Minister in six years and there is clearly much more to do. You might not yet have got the Brexit you voted for, but this stuff really is the taste of it.’

Mr Farage added: ‘I was a gin-drinking eurosceptic in the eighties back when people said, “Nigel, you’re so old fashioned”.

‘At home I will drink gin and tonic, straight. And with this range you can really experiment. The colours are so fantastic and vibrant and cocktails are a joy to make.’ 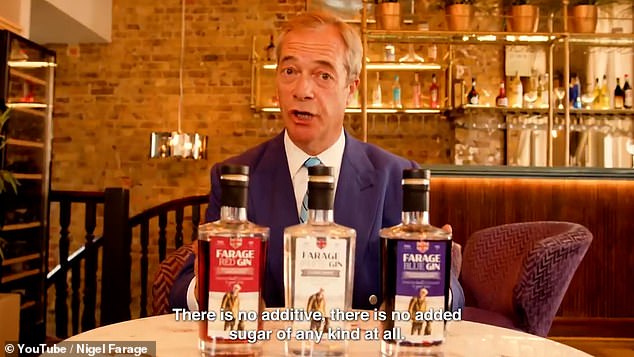 The Farage gin brand is the latest of his ventures since leaving politics in 2021, which has included his primetime talk show on GB News 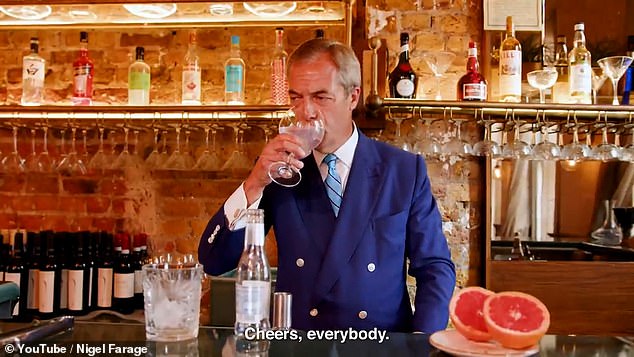 The Brexiteer, known to enjoy a drink, is offering a range of red, white and blue gins 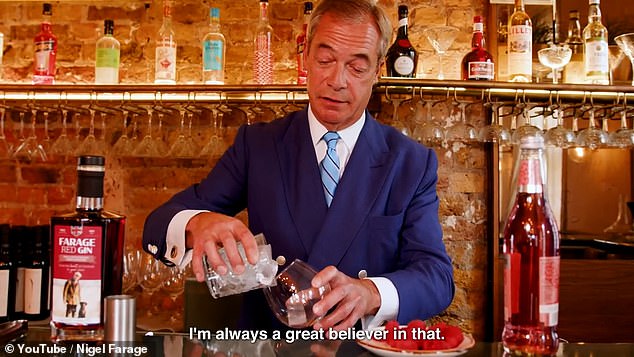 The gin range is Mr Farage’s latest venture since quitting politics in 2021, after achieving his life’s goal of seeing Britain leave the EU in 2020.

Since resigning as leader of the Reform (formerly Brexit) Party, he has hosted a prime time show on GB News and offered an online financial advice scheme.

The gins are made with local spring water – the red is flavoured with British cherries, the blue is coloured by gardenia flowers and the white gin has a classic dry style.

The 40 per cent Britsh vodka, no longer on sale, had the tagline: ‘Celebrate independence or drown your sorrows in style with orginal Brexit Vodka.

‘A premium vodka carefully crafted by genuine Brexiteers to annoy 48.1 per cent of your friends.’