Most of Matt Hancock’s Nightingale hospitals may never fully open because there are not enough NHS workers to staff them, it has been claimed.

An analysis by the Sunday Times also shows that each patient admitted to the massive hospitals has so far cost £1million to treat.

Seven venues including London’s Excel Centre were converted into temporary critical care hospitals early in the pandemic at a cost of £220million.

But just two of them, in London and Manchester, have looked after any Covid-19 patients at all, caring for around 200 people during the first wave – the equivalent of about £1million per patient, according to the Sunday paper.

The boss of NHS Providers, the membership organisation for hospital, mental health, community and ambulance services, has also revealed that there are ‘not the hundreds or thousands of NHS staff waiting to be deployed into those hospitals’.

Chief executive Chris Hopson said the makeshift hospitals were only supposed to be deployed as a ‘last resort insurance policy’ if existing hospital capacity was reached.

He added: ‘In effect, you would have to take them from existing hospitals.’

The claims are likely to raise further questions about the Government’s coronavirus strategy, including the way it has spent money during the crisis.

MailOnline has contacted the Department for Health and NHS England for comment.

In other coronavirus developments: 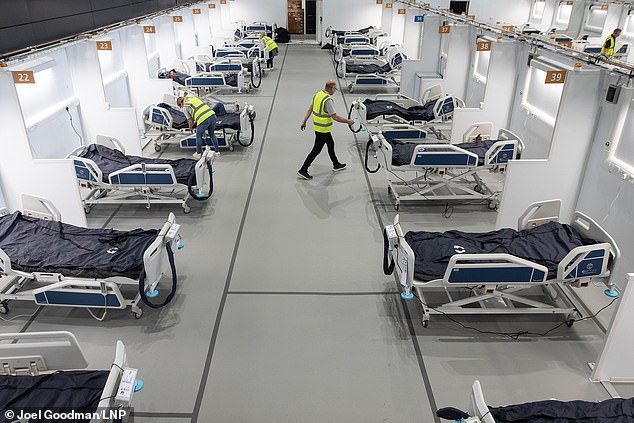 Most of Matt Hancock’s Nightingale hospitals may never fully open because there are not enough NHS workers to staff them, it has been claimed (pictured, Manchester Nightingale) 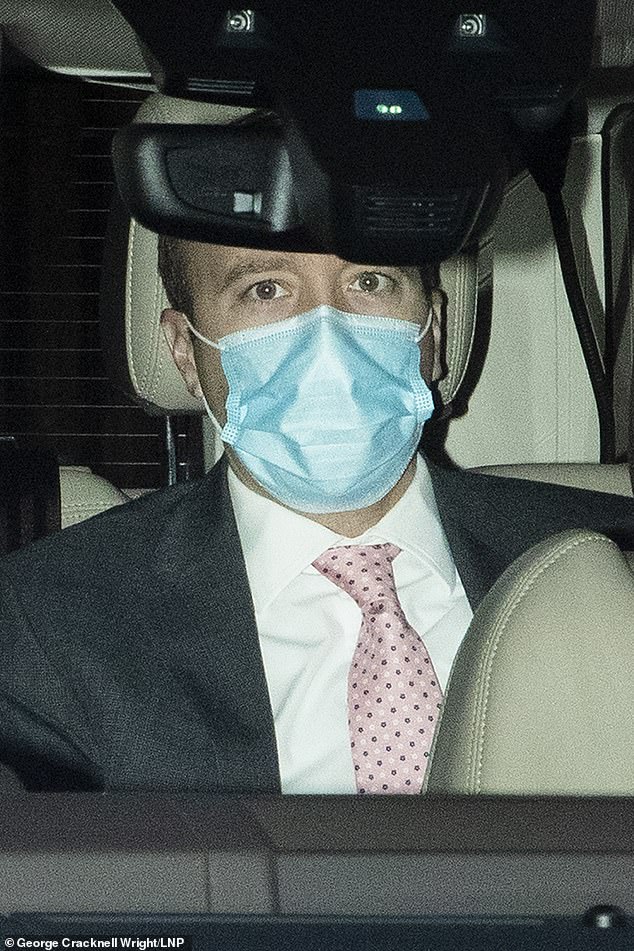 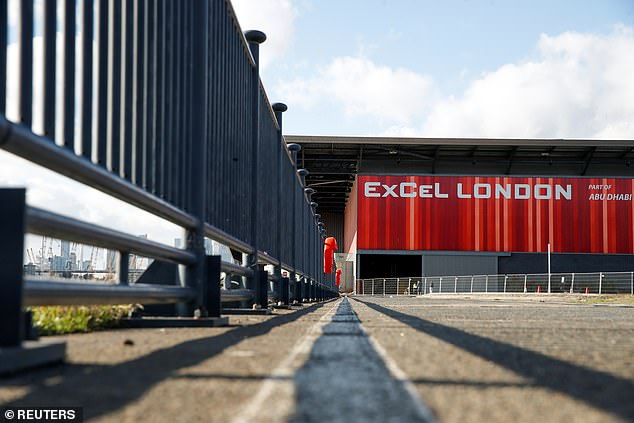 The Nightingale hospitals were established across the UK after Boris Johnson and the Health Secretary ordered the population to stay at home.

Amid fears that the NHS would be overrun and that 500,000 people would die from coronavirus without shutting down the country, the Government set to increasing its intensive care unit (ICU) capacity in a matter of weeks.

This led to a vast increase in avoidable deaths caused by heart attacks and strokes occurring at home, and the missed diagnosis of thousands of cancers.

Boris Johnson sent security experts to the homes of Cabinet Ministers to examine their personal mobile phones as part of a major leak inquiry.

Senior figures, including Matt Hancock and Michael Gove, were told to surrender their phones as No10 hunted for the mole whose secret briefings forced the Prime Minister to make an early announcement of the new lockdown.

In the bid to unmask the ‘chatty rat’, as Government sources have dubbed in the Cabinet.

The Ministers’ personal messages were examined under the investigation, ordered by a furious Mr Johnson after he was rushed into announcing the English lockdown at a hastily convened press conference last Saturday.

Hawks believe that pro-lockdown ‘doves’ leaked details of the so-called ‘quad’ meeting of Johnson, Sunak, Gove and Hancock the previous day to stop the Prime Minister from watering down the shutdown plans.

It also led to the rushed presentation of dubious predictions, with the projection of up to 4,000 Covid deaths a day by Christmas comprehensively discredited in the days after it was revealed to millions of television viewers.

Official papers show that the Government expects tens of thousands of people to die from non-Covid conditions because of its shutdowns.

No10’s decision to plunge England into a four-week lockdown last week has fuelled fears that the curbs will lead to more avoidable non-Covid deaths.

Tory backbenchers including Theresa May and Sir Iain Duncan Smith have also warned about the destruction to the economy caused by shutdowns.

Last week, NHS boss Sir Simon Stevens claimed that the shutdown was necessary to prevent hospitals from being overrun during the second wave.

But his claims have been questioned by rebel Conservatives who have demonstrated that official projections of 4,000 deaths a day by Christmas were wrong.

Others compared Chris Whitty and Sir Patrick Vallance’s ‘dodgy’ doomsday graphs to the ‘dodgy dossier’ which took Britain to war in Iraq in 2002-03.

It comes as the UK recorded 24,957 positive Covid tests, up just 13.9 per cent on last week’s total, as top scientists suggest the second wave has already peaked.

Today’s cases – which is a rise of just 3,045 on last Saturday’s total of 21,915 – comes on the first weekend of the country’s controversial second lockdown.

A further 413 people have died after testing positive for the virus, official figures released today have revealed, bringing the death toll during the pandemic to 48,888.

Today’s all-settings death toll is a rise of 26.7 per cent on last Saturday’s 326 figure. This Saturday’s number is the second-highest daily figure reported this week, after 492 deaths were recorded on Monday. Of the deaths reported today, 32 were in Wales, 15 in Northern Ireland and 39 in Scotland.

Professor Tim Spector, who leads the Covid Symptom Study app aiming to track the spread of Covid-19 in the UK, confirmed that there were ‘positive signs’ the country has already ‘passed the peak of the second wave’.

The King’s College London epidemiologist said: ‘Although the number of new symptomatic cases are still high at over 40,000 daily, over the past week cases are heading in the right direction. The worst affected areas have shown the most improvement, but large differences between regions remain.’