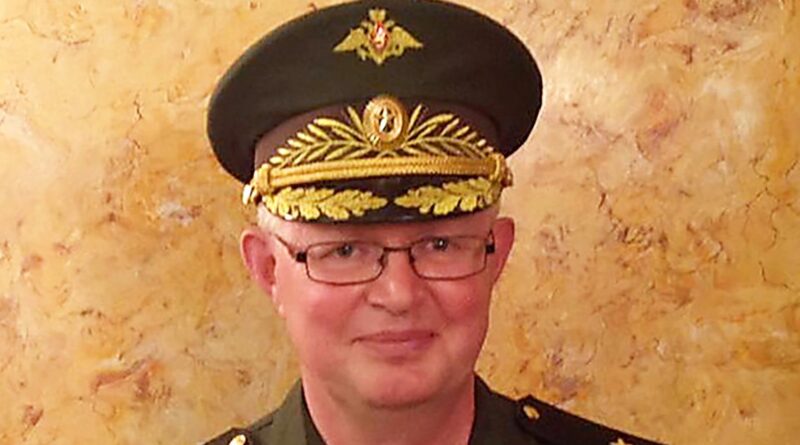 Vladimir Putin has been hit with a new blow after the reported death of his ninth general in Ukraine.

More than 30 Russian armoured vehicles were reportedly destroyed and unconfirmed reports say around 100 Russians troops were killed in the Ukrainian assault.

Simonov is Russia’s most respected electronics warfare commander, having graduated from the Tomsk Higher Military Command School of Communications before serving in the 2nd Combined Arms Army. A video released by Ukrainians on social media appears to show the attack in which Russian forces appeared to be defenceless and taken by surprise.

Military experts say this is an astonishing rate of attrition.

Just days ago, a Russian soldier was heard confessing the number of troops Russian forces have lost in their invasion of Ukraine in an intercepted phone call.

According to Kyiv, the intercepted call has a Russian soldier admitting that almost 26,000 troops have lost their lives during the Russian invasion of Ukraine, with the person on the phone saying they had "f***ed up". Other tallies of data collected indicate the death of many high-ranking Russian officials, and while Russian officials have given sparse updates on combat fatalities, a suggested number of 317 officers dead in fighting has been reported by Daily Mail.

A former UK foreign secretary has claimed Putin is being forced to “conceal” the true scale of Russian losses in Ukraine to avoid the country’s citizens from accepting that they might not be winning the war.

Putin has sent his chief of defence staff General Valery Gerasimov to take personal command of the Russian offensive in eastern Ukraine.

But Sinonov’s death alongside 100 Russian troops – and the reported loss of armoured vehicles – indicates another setback for the Kremlin leader, who aims to declare the success of his mission on Victory Day in Russia on May 9.