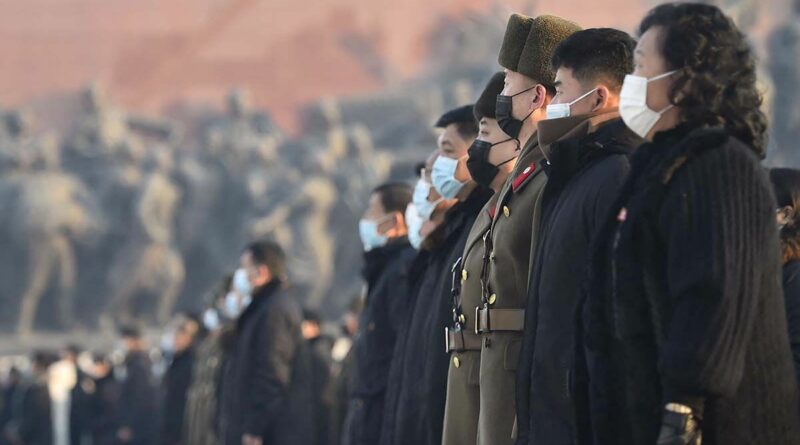 The mourning period ran from the 14th to the 20th December.

An unnamed resident of the Ryanggang province told Radio Free Asia’s Korean Service: “You must never drink alcohol or engage in entertainment such as singing or drinking during the period of commemoration.

“If you do not watch yourself and are not careful during this time, you may get into serious trouble.”

Alongside birthdays, authorities also said personal events such as coming-of-age ceremonies, funerals, and weddings had to be toned down or cancelled.

Furthermore, residents of the 25 million strong population, were told it would be more difficult to move between different parts of the country.

They were told officials would be less likely to accept bribes in exchange for travel passes and that political statements and criticism of the government were warned against.

Such was the regimes determination that everyone should properly mark the moment that spies were considered to make sure no-one broke the rules.

Furthermore, while the population was also told to keep quiet, some were also reportedly forced to attend remembrance events.

This was the case in the South Pyongan province where residents were forced to attend outdoor memorial services at a time when the temperature falls to as low as -12C.

Additionally, all women were made to wear traditional Korean clothing, a source in South Pyongan said.

They added: “The authorities are ignoring the shivering women even if they show symptoms of frostbite, such as hypothermia and itchy skin, so people here are about to burst with resentment.”

Furthermore, another source said in one area a memorial service was held in -20C.

They added: “The grumbling workers said things like ‘[Kim Jong Il] still starves the people and makes them suffer in the cold weather even long after his death.’”

The reports of such enforced mourning come hours after the state tested a new satellite and the country fired a record number of ballistic missiles.

Yo Jong said the test satellite was carrying a commercial camera as there was no reason to use a high resolution camera for the test.

In a statement she said: “Didn’t they think their assessments are too inadequate and imprudent as they commented on our satellite development capability and related preparations only with two photos that we’ve published in our newspaper

“I think it’s better for them to stop talking nonsense, behave carefully and think twice.”