Beijing: Donald Trump's decision to pull out of the Iran nuclear accord will cast further doubt on whether any denuclearisation deal struck with North Korea will stick.

So far, Kim Jong-un's fast-moving diplomacy and sudden cooperation – under the weight of extreme sanctions – has been met with suspicion by Washington. 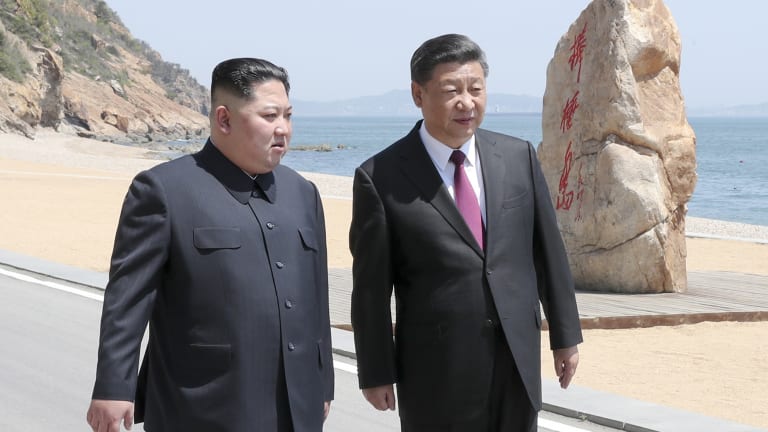 The White House has insisted that a historic leaders summit between Trump and the North Korean leader can only take place if denuclearisation is on the table, and it must be verifiable and irreversible.

There has been big momentum on North Korea in recent days. US Secretary of State Mike Pompeo arrived in Pyongyang within hours of the Iran announcement and is expected to return home with three Americans who had been detained in North Korea.

The Iran decision is unlikely to derail Kim and Trump's summit, whose date is expected to be set. By offering to publicly dismantle a nuclear test site, freeze missile tests and declaring with South Korea's leader Moon that he wants a peace treaty signed this year, Kim has made it clear he is pushing for a meeting.

But the fresh scrapping of a negotiated nuclear deal in Iran has given the North Korean leader another excuse to backtrack later on any commitment reached.

Chinese analysts say that creating basic mutual trust between the US and North Korea will be key to getting a deal. At this point, trust remains uncertain, as both sides fear the other's "deception".

The message out of that trip is that Kim wants reassurance from the US about his country's security. There is speculation that the US could remove the controversial THAAD anti-missile radar system, which is hated by China, from South Korea.

Post the Iran announcement, is North Korea's hand strengthened as it asks for a security guarantee from the US?

Not so, says Trump's hawkish new National Security Adviser, John Bolton. Asked about the implications for North Korea, he said, "It sends a very clear signal that the United States will not accept inadequate deals".

Leonid Petrov, a North Korea expert at the Australian National University, said Trump breaking the Iran deal struck by the Obama Administration in 2015 "completely undermines negotiating any deal with the US".

"You can't trust what Washington promises if it can be undone by a subsequent administration," he said.

Pompeo's trip to Pyongyang to retrieve the US detainees – a Christian missionary and two teachers at a Christian-funded university – was likely "trying to take the Americans away before the summit is called off", he said. 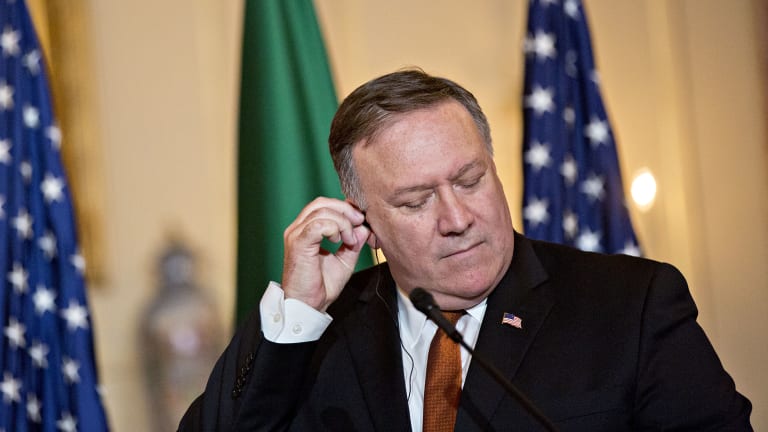 US Secretary of State Mike Pompeo

But John Delury, of Yonsei University in Seoul, downplayed the impact of Trump's Iran decision. He argues that North Koreans already see democratic transitions of power as a "structural weakness that imperils agreements by any one White House".

Iran and European leaders are reportedly looking to continue the nuclear accord without the US. North Korea's neighbours are similarly pushing for denuclearisation in parallel with Washington's moves.

The momentum, and US threats to regional trade deals, has been mending other fences too.

It was first visit by a South Korean leader to Japan in six years, and the first trilateral meeting in more than two years. A surprising informal photograph of the leaders appeared to show them in an affable mood.

Abe and Li released a statement of Japan and China's support for South Korea and North Korea's joint commitment to a goal of complete denuclearisation and a peace treaty.

Getting Abe on board the peace push, as Tokyo subway stations carried billboard reminders of a Japanese schoolgirl kidnapped by North Korea, was significant.

It was Moon's Olympic diplomacy that provided the breakthrough this year, and Moon is likely to be pivotal in keeping the erratic deal-makers – Kim and Trump – on track.