NORTH Korea has released images of what it says is a submarine-launched ballistic missile, suggesting it could now be capable of staging attacks far outside its own territory.

The launch is thought to be the first test of the country's nuclear programme for three years, and comes just hours after it said it would resume denuclearisation talk with the United States. 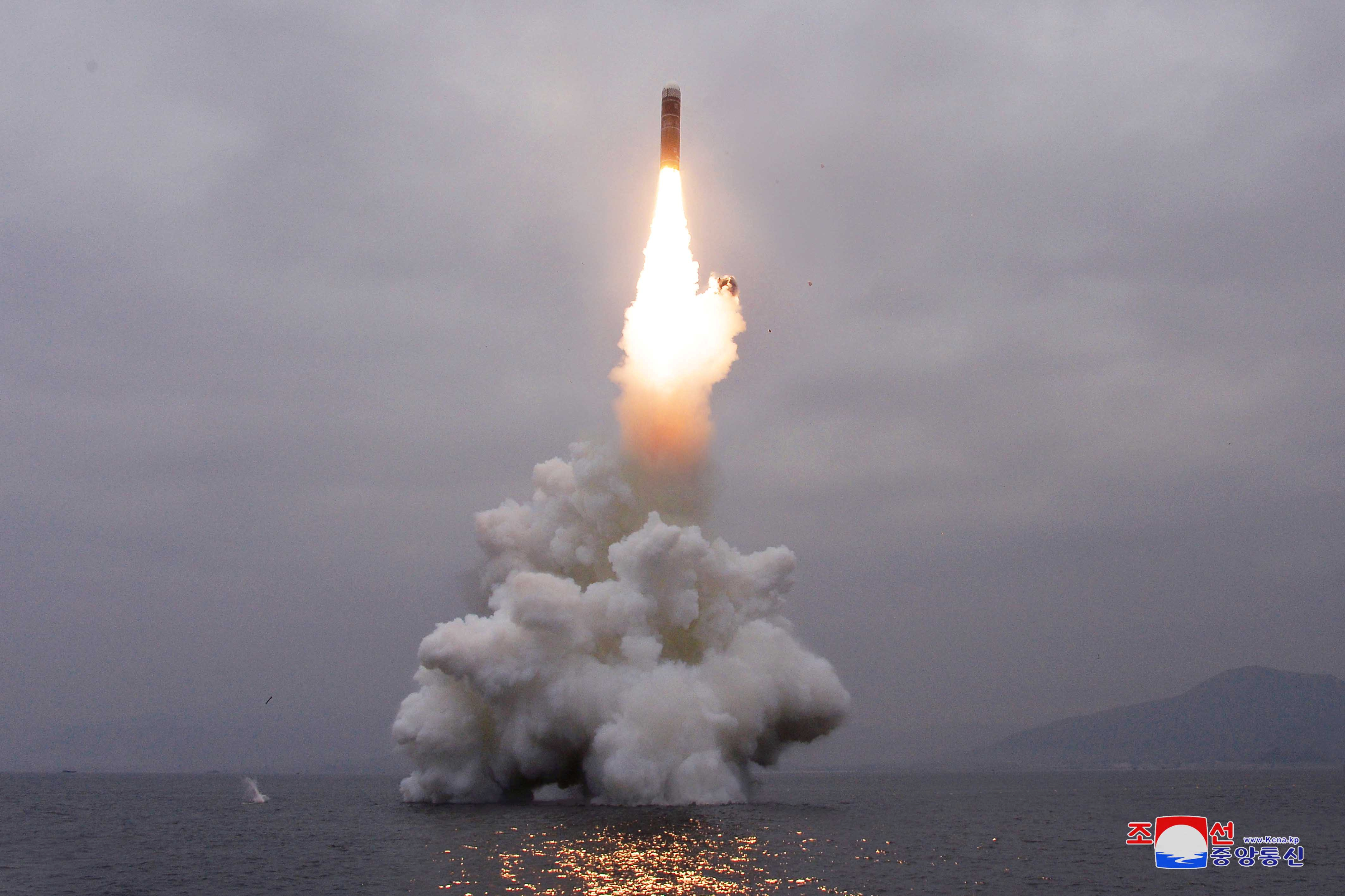 The missile was test-launched from a platform in the sea, about 11 miles off the city of Wonsan on North Korea's eastern coast, shortly after 7am on Wednesday (10pm GMT Tuesday).

KCNA, North Korea's state news agency, said the missile was a Pukguksong-3 designed to "contain external threat and bolster self-defence", but added that there had been "no adverse impact on the security of neighbouring countries".

South Korean officials said the missile flew 280 miles and reached an altitude of 560 miles – more than twice that of the International Space Station – before landing in the Sea of Japan.

Japan said that part of the missile hit the water in its Exclusive Economic Zone, a 125-mile band around Japan's territory.

Unlike on previous tests, no pictures of North Korean leader Kim Jong-Un attending the launch were released, though he did send his "warm congratulations" to the researchers involved.

The country has carried out 10 other missile tests this year, but on those occasions only short-range missiles were fired.

Being launched from a submarine allows missiles to get much closer to their targets, and can make them harder to detect.

North Korea's existing Romeo-class submarines, built in the 1990s, are estimated to have a maximum range of 4,400 miles, putting the US state of Hawaii within reach.

Analysts said the missile is probably an intermediate-range ballistic missile with a flight range of around 1,250 miles.

Vipin Narang, an associate professor at Massachusetts Institute of Technology, said the weapon tested on Wednesday was different to others tests recently, calling it "an explicitly nuclear weapons system".

Ankit Panda, a senior fellow at the Federation of American Scientists said the launch was a "grave moment for North East Asian regional security".

"This test underscores why the United States must make extensive efforts to freeze North Korea's qualitative progress on missile technologies," he said.

North Korea last detonated a nuclear bomb during a test on September 3 2017, when the US Geological Survey detected seismic activity equivalent to a 6.3-magnitude earthquake near one of the country's nuclear test sites.

Wednesday's launch came after Pyongyang had signalled a willingness to reopen talks with Washington about its nuclear programme.

A summit meeting between North Korea and United States held in Vietnamese capital Hanoi in February concluded having failed to produce an agreement.

Choe Sun-hui, vice foreign minister of North Korea, said her government and the Trump administration had agreed to hold preliminary meetings on Friday, with official, working-level negotiations to get underway on Saturday.

The US State Department confirmed the meetings, which secretary of state Mike Pompeo had recently hinted were being planned.

North Korea is banned from ballistic missiles launches by UN Security Council resolutions, but rejects those resolutions, saying they infringe on its right to self defence. 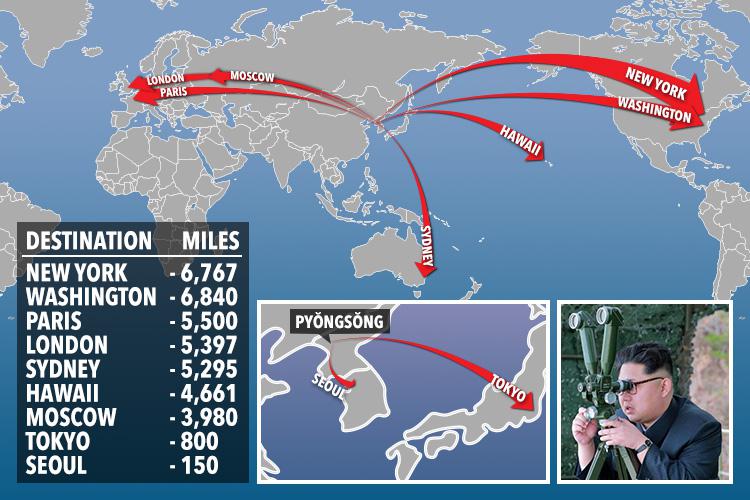