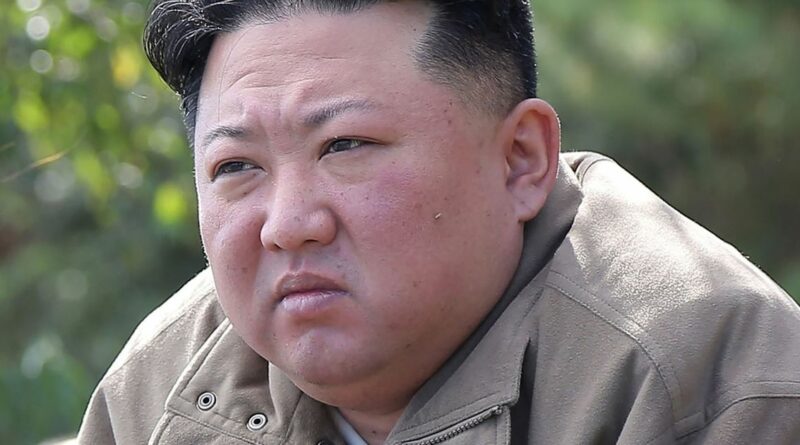 A series of uranium mines that feed North Korea's feared nukes have caved in, with the shocking scale of the devastation visible from space.

Harrowing satellite photos capturing the sudden appearance of large depressions in the Earth close to a mine entrance near the border with South Korea.

The photos, compiled by North Korean researcher and blogger Jacob Bogle, show the regime’s biggest mine.

It is North Korea's main source of uranium ore, which can be refined into yellowcake and ultimately weapons-grade uranium.

Mr Bogle said all the signs pointed to a collapse at the Pyongsan mine.

“The Pyongsan mine is underground, so the only visible aspects of it should be tunnel entrances, surface facilities like crushing equipment, and piles of coal," he said.

“However, what has developed at the mine is a series of irregular pits with no associated activity – no trucks, no bucket excavators, and nothing to suggest they were created to facilitate mining.”

Two such pits, each more than 100 metres across, are clearly visible in satellite photos.

Mr Bogle continued: “This area of the mine was already weakened by a 100-metre-wide collapse that occurred at least two decades ago.

“The recent collapses appear to be progressive, moving towards the west in successive cave-ins from 2019 to 2021.

“This suggests that the mined out galleries had lost their structural support and water infiltration has weakened the site further, causing collapses that follow the paths of the galleries.”

The human cost of the cave-ins is unknown, but people are still working at the facility, evidence suggests.

With each new satellite photo, waste piles at the site have continued to grow, while new structures have been built above-ground.

Mr Bogle said: “The mine is still in use and the main tailings pile has grown each year for the last decade, indicating continuous operations.

“And while the satellite imagery can't tell us if the collapses have caused any injuries, there is an active mine shaft just 230 meters away from the area experiencing the cave-ins.

“In fact, that shaft was refurbished and had additional structures built in recent years to facilitate greater activity.”

The Pyongsan mine is so big that – even after the recent collapses – the flow of uranium for Kim Jong-un’s nukes is likely to continue, Mr Bogle warned.

Pyongsan mine is 62 miles southeast of Pyongyang, and less than 30 miles from the South Korean border.