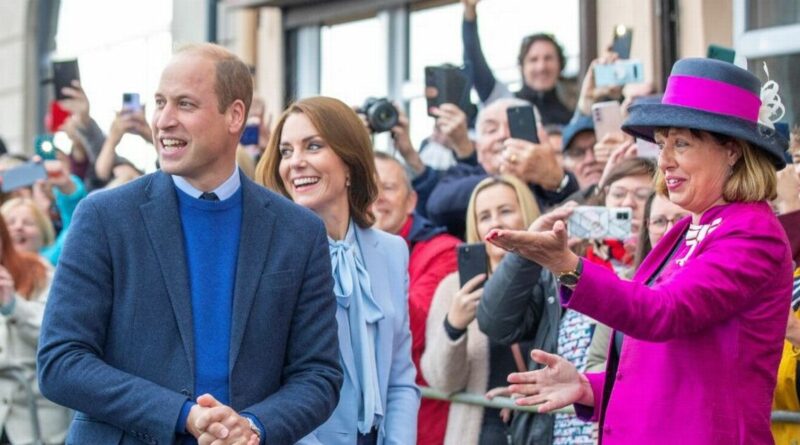 A council in North Wales claimed as ‘nationalist’ are refusing to accept Prince William as the Prince of Wales as they find him ‘archaic’ and ‘oppressive’.

The council also voted that any endorsement or ranking of William should be kept ‘off Welsh soil’ as they find him a symbol of 'oppression’ from the English.

The council are led by Plaid Cymru and based in Gwynedd, North-west Wales.

These claims were all said at a meeting which took place at the council chamber in Caernarfon – the town where Charles celebrated his much-feted investiture at the historic castle.

The investiture, however, was not fondly remembered at this meeting, with one councillor describing the ceremony as ‘a circus’ adding that the new Prince of Wales will return to their land and that 'this nightmare is on us again’.

The meeting was called as they held a referendum on whether royals should be allowed to be called the ‘Prince of Wales’. Only Welsh voters were allowed at this meeting. The motion passed on 46 votes to four.

A spokesperson for the council told the Mail Online: "At a meeting of the Full Council yesterday members voted in favour of the proposal that Gwynedd Council expresses its opposition to the continuation of the title of 'Prince of Wales' and asks the relevant authorities to consult formally with the people of Wales on the question of whether the title should be abolished or not.

"Members also voted in favour of the proposal that the Council opposes any investiture being held in Gwynedd, or anywhere on Welsh soil.

"No discussion was had regarding any specific location within the county."

This followed a tense meeting with a member of the public, as Kate went to Northern Ireland to meet people who had gathered.

A woman heckled her and said: "Nice to meet you but it would be better if it was when you were in your own country."

Councillor Elfed Wyn ab Elwyn made the anti-monarchy proposal, saying: "The days of Wales titled as 'a little principality' was abolished in the sixteenth century's Laws in Wales Act.

"This archaic oppressive tradition is a blight on our nation and has been for centuries.

"It gives the impression that the people of Wales are owned by the system, rather than being free citizens living in our own country. It is high time the so called honorary title, Prince of Wales, was also abolished to the history books.

"Any decisions of this nature need to be made in Wales, by the people of Wales following a public debate."