Norway wants to open trade talks about fish and gas with Britain before the end of the Brexit transition, it emerged today.

Britain is Norway’s biggest trading partner and is the nearest significant economy not in the European Union.

Brussels has signalled it will accept Britain negotiating trade deals during the Brexit transition – but it will only be confirmed when the exit deal is finalised.

Norway is a member of the union’s common market for goods, services, capital and labour via the European Economic Area (EEA) Agreement, but Prime Minister Theresa May has rejected this option for Britain after Brexit. 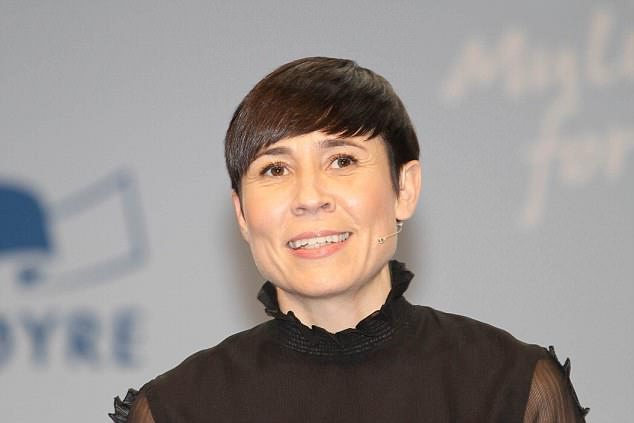 Norway’s Foreign Minister Ine Eriksen Soereide (file image) said: ‘My impression is that the EU side will try to take a flexible approach to this.

Following visit to Brussels this week, Norway’s Foreign Minister Ine Eriksen Soereide said: ‘My impression is that the EU side will try to take a flexible approach to this.

‘On the one hand, you can say that the formal demand is that they (the British) cannot start negotiations before … the transition period is over.

‘But I’m not entirely sure if that will be enforced to the same extent as you could think.

‘So my impression as of Wednesday … is that (there) is the potential for some added flexibility,’ she said, adding: ‘But we will have to wait and see. 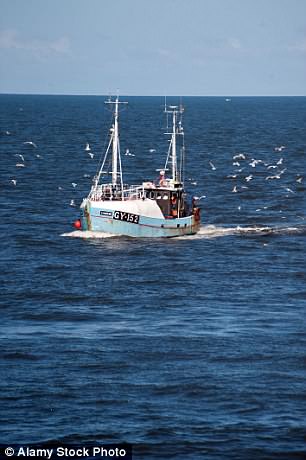 ‘At least we have talks on both sides and will continue to do that with full force.’

Soereide also said Norway had good cooperation on many issues with President Donald Trump, despite sharp disagreements such as about the U.S. withdrawals from the Iran nuclear deal and the Paris climate agreement.

And she said her biggest foreign policy concern was to preserve broad international cooperation.

‘The fabric is starting to become weaker,’ she said, saying that the lessons of two world wars in the 20th century were ‘we are better off with a cooperation between countries and states instead of the strongest state always winning the race.’

A collapse of international cooperation would be ‘dangerous not only for small and medium-sized states, but it would also come back and bite the stronger states … at some point,’ she said.