One of Australia’s most influential unions is mired in dysfunction and at risk of splitting over the continuing conduct of its controversial leader John Setka, who was accused again at a union meeting on Friday of misogyny. 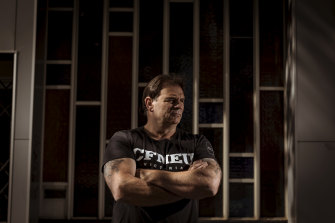 “For people to try portray me as some misogynist pig that bashes women is absolutely disgraceful,” Mr Setka said according to a recording of Friday’s meeting obtained by The Age and The Sydney Morning Herald. “I’m not going to cop it, let me tell you … There was a bit of bad language between a husband and a wife which is where it should stay, until other people got involved.”

Mr Setka was originally charged in 2018 with more than 30 offences including assaulting his wife, but that was reduced to breaching court orders and harassment after he agreed to plead guilty. Both Mr Setka and his wife Emma Walters have since denied there was violence in their relationship.

The union has been badly split since detailed leaks from a June 2019 national executive meeting where The Age and Herald revealed Mr Setka said the work of anti-domestic violence campaigner Rosie Batty had led to men having fewer rights. Mr Setka disputed some of the reported detail.

Since then Mr Setka has pursued those in his own union whom he believed were behind the leaks or who failed in his mind to offer him sufficient support. That includes the union’s national secretary Michael O’Connor who refused to publicly back him.

The maritime and construction divisions of the union – which control a majority on the national executive – have twice passed resolutions calling for Mr O’Connor to resign. The resolutions are not enforceable and Mr O'Connor has ignored them.

A series of resolutions were passed at Friday’s meeting putting further pressure on Mr O’Connor and forcing him to provide detailed information on spending by the national union and reports on all work done by Mr O’Connor since May last year.

Failure to comply would be “viewed seriously” and could lead to disciplinary action against Mr O’Connor, the resolution stated. On Friday the mining and energy division of the union, which supports Mr O’Connor, took the unprecedented step of boycotting the meeting and attacked the "payback" and ”retribution" being meted out by Mr Setka's branch.

But a large portion of Friday’s meeting was consumed with a heated debate over a resolution from the union's manufacturing division condemning misogyny and attacks by Mr Setka’s branch on ACTU leaders Sally McManus and Michele O’Neil.

Jenny Kruschel, a senior official from the manufacturing division and a critic of Mr Setka, said there was a “culture of abuse of women in the union”. Ms Kruschel said “we all know what was said” by Mr Setka about Ms Batty and that CFMMEU officials were being asked to keep “secret” Mr Setka’s comments.

Other senior figures from the manufacturing division including Leo Skourdoumbis and Beth Macpherson supported Ms Kruschel’s position. Mr Skourdoumbis said people were trying to cover up Mr Setka’s conduct as “secret men’s business”. Of more than 700 elected positions in the CFMMEU only 26 were held by women, the meeting was told.

The meeting’s chair, maritime division chief Paddy Crumlin, described the union as dysfunctional and said “there was absolutely no consensus about what was said last year”. Mr Crumlin tried to limit debate about Mr Setka’s comments or conduct and warned the construction union boss against speaking at length. “This meeting has been leaked on three separate occasions … Anything that is said here is likely to end up on the front page … You’re (Setka) not on trial here.” Mr Setka ignored the advice.

“Because I’ve been critical of (the ACTU secretary) Sally (McManus) and (president) Michele (O’Neil) and (assistant secretary Liam) O’Brien like I was of (former ACTU secretary Bill) Kelty … All of a sudden it's portrayed that if you’re critical of a woman, and you criticise them over something, that’s straight away violence.

“I ain’t going to wear that, that’s just absolute bullshit. If people want to try portray it as something that it’s not that is absolutely disgusting. Because that’s what's denigrating women’s rights by using them and hiding behind that to try and take someone out.”

Leaking his comments was a “form of violence against my family,” he said.

Supporters of Mr Setka in the construction and maritime unions used their numbers to amend the sexism resolution, removing a reference to offering support to the ACTU leadership. The amended resolution stated “sexist and misogynistic behaviour has no place in the CFMMEU or in the trade union movement” later passed with Mr Setka's support. 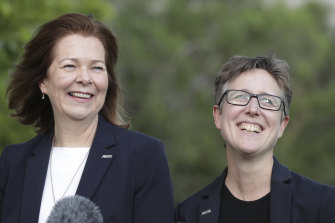 Ahead of the meeting the miners' division passed a resolution, obtained by The Age and Herald, “to condemn in the strongest possible terms the disgraceful actions of the Victorian/Tasmanian construction and general division branch under the leadership of John Setka.” The mining division, headed by general president Tony Maher, indicated in the resolution they were considering playing little or no role with the broader union.

“Subject to what happens on the ground within the CFMMEU our division will spend all of our time solely focusing on our members’ best interests, in future,” the resolution said. The division stopped short of threatening to split from the rest of the union.

Do you know more? Send us a confidential and encrypted message on Journotips or to benschneiders@protonmail.com