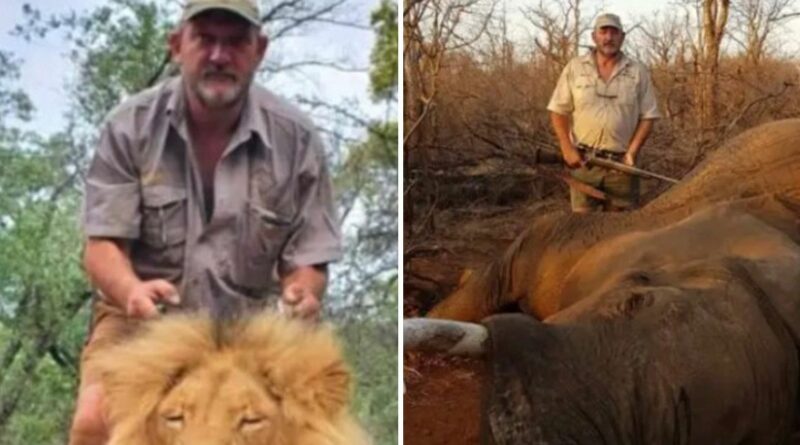 A trophy hunter, who killed lions, elephants and giraffes has been shot in an "execution-style" murder in South Africa.

Riaan Naude, who targeted endangered species and uploaded images of himself to social media with their carcasses, after killing them, was shot to death.

The 55-year-old was found dead next to his vehicle in the South African province of Limpopo, according to police, an area known for its wildlife reserves including part of the country's Kruger National Park.

"The man was lying with his face up and there was blood on his head and face,” said South African Police Service spokesperson Lt Col Mamphaswa Seabi.

Naude, from Phalaborwa, Limpopo, ran the Pro Hunt Africa firm, which describes itself on its website as a "hunting and Eco Safari outfit" in northernmost South Africa.

The Heritage Protection Group, a not-for-profit group against rhino poaching, claims Naude stopped his vehicle on the side of the road after it overheated around 5km from Mokopane.

It said a man "shot him in cold blood at close range" after a second vehicle pulled up next to him.

Two suspects were said to have exited the car and stole a gun from Naude before getting back into their vehicle and driving in the direction of Marken.

Announcing the news of his death to its followers, the XposeTrophyKilling Twitter account posted a picture of Naude holding up a deceased lion and tweeted that he 'was shot execution style'.

Reacting to the news, one social media user wrote: “Hunter hunted. There is party in animal heaven. I’m not happy, but animals should not be anyone’s trophy; they should live and survive in their habitat naturally."

A third added: "When I look at this picture I can’t feel sorry for him."