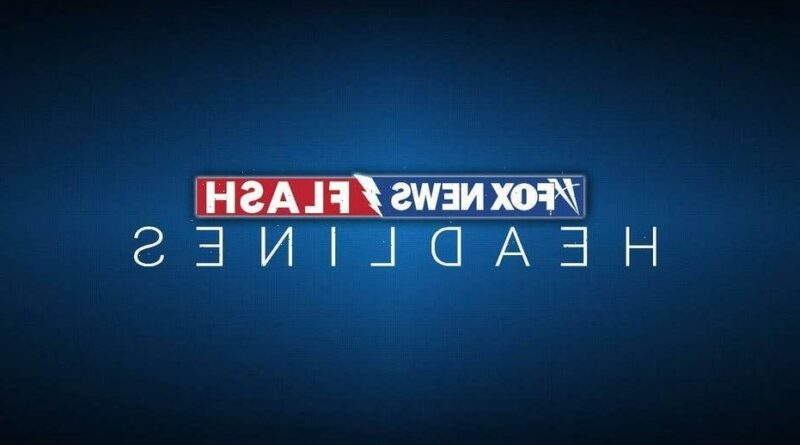 The Canadian province of Nova Scotia made it illegal for people to gather along a highway ahead of the “Freedom Convoy” of truckers that made their way across the country in protest of vaccine mandates.

The local government issued “a directive under the Emergency Management Act prohibiting protesters from blockading Highway 104 near the Nova Scotia-New Brunswick border.”

The directive specifically states supporters of the Freedom Convoy and another protest, the Atlantic Hold the Line event, can’t gather along Highway 104, on the Nova Scotia-New Brunswick border. The directive states that “allowing people to gather in those areas would put themselves and others at risk.” 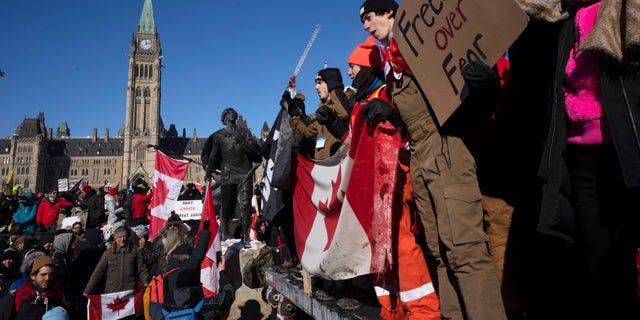 Protesters participating in a cross-country truck convoy protesting measures taken by authorities to curb the spread of COVID-19 and vaccine mandates gather near Parliament Hill in Ottawa on Saturday, Jan. 29, 2022. (Adrian Wyld/The Canadian Press via AP)

“My message to anyone planning a blockade of a highway is — don’t do it,”  Nova Scotia Premier Tim Houston said last week, according to the Toronto Star. “Nova Scotians have no patience for highway blockades and, personally … I have even less, so just don’t do it.”

The order remains active under the province’s state of emergency, which has been extended every two weeks and currently runs until Feb. 6, CBC News reported.

The Freedom Convoy left from Vancouver for Ottawa last Sunday to protest the federal government’s vaccine mandates for cross-border truckers, which took effect on Jan. 15. The Canadian Trucking Alliance estimates that roughly 15% of truckers in the country are not fully vaccinated, or about 16,000 truck drivers. 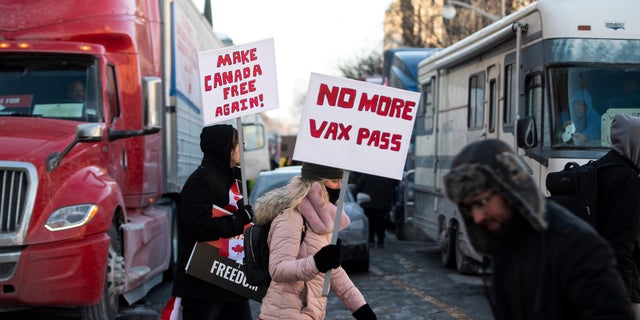 People walk in front of trucks parked on Wellington Street as they join a rally against COVID-19 restrictions on Parliament Hill, which began as a cross-country convoy protesting a federal vaccine mandate for truckers, in Ottawa, on Saturday, Jan. 29, 2022. (Justin Tang/The Canadian Press via AP)

The organizers of the protest have called for the elimination of all COVID-19 restrictions and vaccine mandates and others called for the removal of Prime Minister Justin Trudeau.

The spokesman of the convoy called the protest “impressive” last week, claiming it was more than 40 miles long. Guinness World Records show that the longest convoy recorded took place in Egypt in 2020, coming in at nearly 5 miles long.

Trudeau denounced the protest last week as composed of a “small fringe minority who are on the way to Ottawa who are holding unacceptable views.” 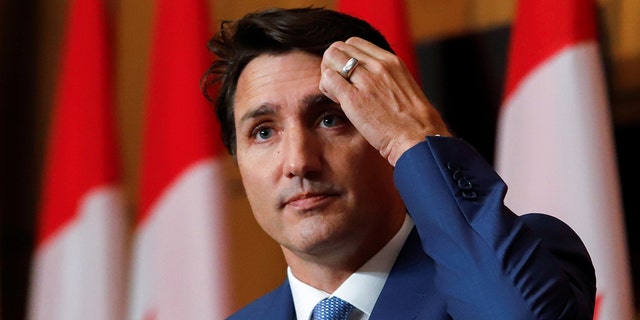 “What we are hearing from some people associated with this convoy is completely unacceptable,” he added.

The convoy made it to the Canadian capital on Saturday, when thousands of people were seen joining the protest in the city. 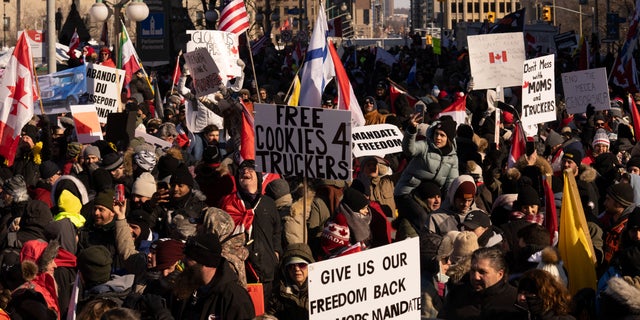 Protesters participating in a cross-country truck convoy protesting measures taken by authorities to curb the spread of COVID-19 and vaccine mandates gather near Parliament Hill in Ottawa on Saturday, Jan. 29, 2022. (Adrian Wyld/The Canadian Press via AP)

“I’m locked into my own country right now,” Tom Pappin, who is unvaccinated and joined the protest from just outside Ottawa, said. “I can’t go on a holiday. I can’t go to a restaurant, I can’t go bowling. I can’t go to a movie. You know, these are things that it’s just gotten out of control.”

Trudeau’s itinerary for the day usually says he is in Ottawa if he’s at home, but on Saturday it said “National Capital Region” amid a report he’s been moved to an undisclosed location, the Associated Press reported.