Now Millennials are ruining salad cream too! As Heinz plan to rename it sandwich cream, an outraged JAN MOIR blames a generation with only one squeezy bottle of common sense between them

Not this. Not now. Haven’t we suffered enough? Right up there with the outrage of Walkers putting Cheese & Onion crisps in the blue bag instead of the green one, and then the Galaxy Truffle chocolate removed from a box of Celebrations, comes the latest affront on the foodie front.

The American company now wants to call it Sandwich Cream because, it says, few people actually put it on salad, so its purpose and use has become confusing to — hold on — younger customers. What? Yes, blame Millennials again; that entire generation of dopes wandering the country with only one squeezy bottle of common sense between them, a tribe unable to engage with the real world unless someone on Twitter is telling them what to do and how to do it. Even when it comes to something as simple as preparing a quick lunch.

Do we have to spell everything out for these fledgling fools, seemingly confused even by basic condiment rules?

Apparently yes, so let me lead the way.

Gather round. Notebooks out. Listen. You don’t have to put tomato sauce on tomatoes, there is no rule that says you can only put brown sauce on brown stuff, horseradish is not a radish eaten by horses and mustard is much more than the colour of Amal Clooney’s outfit at Prince Harry and Meghan Markle’s wedding.

Hey kids, one more thing. When it says ‘shake before opening’ it means the bottle, not you.

Sandwich Cream? For Brits of a certain age, no childhood summer was complete without a ribbon of proper Heinz Salad Cream running through picnics, high teas, memories and yes, sometimes sandwiches, too. Just one glimpse of that slim glass bottle with the girlish shoulders, its pale, creamy contents glimmering within, brings back a rush of memories.

Lettuces wilted under its assault; cubes of pickled beetroot turned Calpol pink under its brutal attention; halved boiled eggs and quartered tomatoes were helpless under its glossy cloak of unctuous gunk.

This most British of sauces is loathed by the rest of the world — another reason to utterly adore it. It is an acquired taste and most of us acquired it by the age of seven — no one really knows why.

On the gourmet front, it hasn’t got much going for it, being high in vinegar, low in sophistication and generally a thin, poor, sharp, unforgiving and weedy cousin to mayonnaise.

Yet to change its name and its standing in our affections would be like ravens leaving the Tower, and I don’t meant a tower of striped cucumber slices.

The point is that everyone in the UK has managed just fine with the concept of Salad Cream for 104 years.

No one else tolerates, or even likes it very much, but it has appealed to Brits since Heinz developed it for our domestic market back in 1914. Salad Cream is an English staple, and for Brits of a certain age, no childhood summer was complete without it

A recipe for English Salad Sauce appeared in Eliza Acton’s 1845 Modern Cookery For Private Families, while Mrs Beeton also developed a version in her recipe collections.

However, it was the Heinz version that caught on, soon establishing itself as the perfect accompaniment to a traditional British garden salad.

During World War II it came into its own when there was no tomato sauce to jazz up dreary wartime fare.

Baked potatoes doused in Salad Cream were a treat known as Victory Potatoes — which gives me a pang of pride in a Dunkirk spirit that even extended to making the best of a bad supper.

Listen, Heinz. We are a nation who went to war with this stuff in our bellies, so don’t start messing with it now.

Naturally, because Salad Cream is so British, it comes with a banquet of class connotations.

While some love it and see it as the cream of champions, others perceive it as the ultimate essence of chav; up there with the horror of aerosol Dairy Cream and tinned fruit cocktail.

Posh people wouldn’t be seen dead with it in their cupboards! On Julia Hartley-Brewer’s Talk Radio show yesterday, Lib Dem leader Sir Vince Cable was asked where he stood on the Salad Cream/Sandwich Cream divide. ‘I think we call it mayonnaise don’t we, or is that too French?’ he sniffed, the querulous voice of the Home Counties snob, forever worried that it was going to be caught out by condiments. 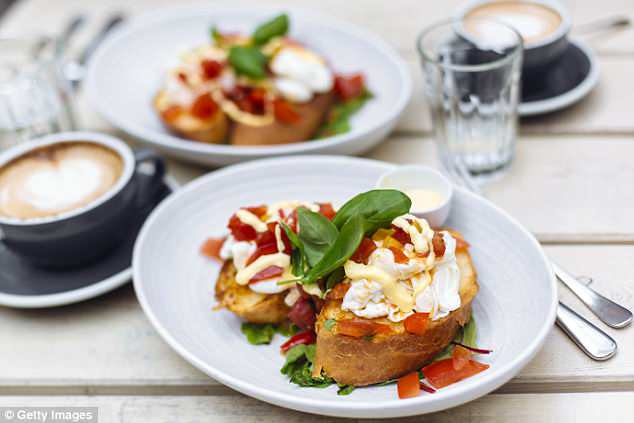 It was particularly popular during World War II, leading to baked potatoes doused in Salad Cream becoming a treat known as Victory Potatoes

Salad Cream will never be classy, like Gentleman’s Relish or artisanal ketchups or home-made mayonnaise.

It will never have international foodie cachet, like aioli (garlicky mayonnaise from the Med) or sriracha (chilli pepper sauce from Thailand) or Tabasco.

No, it will never be cool or trendy, but until this point, we did not care. We did what we wanted with it in the privacy of our own homes.

We could, and would, squirt Salad Cream onto chips, make daisy shapes around gammon and pineapple platters or, if you were my childhood friend, David, pump a yellow lake amid an alpine range of mashed potato.

I want to be honest. When I moved to London in my teens, I left my Salad Cream days behind. Not because of foodie pretensions, more from being introduced to Hellmann’s Mayonnaise. From that moment onwards, it became my factory made, chemical-rich mayo sauce of choice. Later, my flatmate Eddy kept the Salad Cream dream alive, dolloping unfeasible amounts of it onto her roast chicken portions from Marks & Spencer.

Back in Scotland, at my sister’s, I can practically mow her out of the way for a taste of that stuff, in the door of the fridge as always, ready to be pumped onto an egg salad sandwich or a fish finger or two. I’m no purist.

Of course, this is not the first time there has been a Salad Cream controversy. In 1999, Heinz floated the notion that it was thinking of withdrawing Salad Cream from the market.

There was a public outcry, with a deluge of letters to Heinz and a protest movement spearheaded by Labour’s Roy Hattersley.

Salad Cream lived to fight another day, rebranded and became slightly more expensive than it was before.

I do hope Heinz is not messing with our minds again, especially as sales dropped 5.4 per cent to £28.8 million last year.

It is the cream of champions, the great creamy divide between U and non-U, between posh and les pauvres.

And more than that, it’s ours, Heinz. So leave it alone.