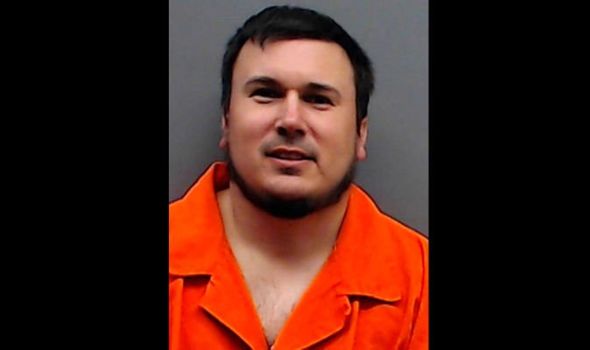 William Davis, 37, of Hallsville, Texas, could now face the death penalty. According to KLTV, during the trial – which concluded on Tuesday – prosecutor Chris Gatewood told the court: “He likes to kill people.

“He enjoyed going into the rooms and injecting them with air.

“If you watch the video on Kalina, he set at the end of the hall and he watched those monitors and he waited. That’s because he liked it.”

Smith County District Attorney Jacob Putman said: “He killed these four patients. He did it on purpose. He did it by injecting air into their arterial lines. There’s no other way.”

Defending, Phillip Hayes, said that Mr Davis had “no reason to kill”, questioning what motive a man with a wife and two children would have in killing four individuals.

Mr Gatewood said that Mr Davis’s motive was “simple”: “he liked it”.

“With the facts that we have, with the evidence that we have, a serial killer being in the hospital is the only thing that makes sense,” he added.

According to the prosecution, all the victims were said to be recovering well from heart surgery between June 2017 and January 2018, before unexpectedly crashing.

The jury was told that Mr Davis had “intentionally killed his victims by injecting air in their arterial lines.”

The jury reached their verdict after just over an hour of deliberation, KLTV reported, ultimately deciding that Mr Davis knowingly and intentionally killed the patients.

The jury will now hear more testimony in the punishment phase of the trial.

They will have to decide whether to give Mr Davis life in prison without parole or the death penalty, the two potential punishments for capital murder. Mr Davis had reportedly been a nurse at Christus Trinity Mother Frances Louis and Peaches Owen Heart Hospital in Tyler, Texas.

He was found guilty in the deaths of patients John Lafferty, Ronald Clark, Christopher Greenaway and Joseph Kalina.

Following his arrest in 2018, the hospital said it had “identified an unusual and unexplained patient outcome” in its intensive care unit.

The hospital believed the issue was “isolated” to Mr Davis and that “he acted independently and of his own accord.”

In March that year, the Texas Board of Nursing suspended Mr Davis’ license.

At the outset of the trial, he was also accused of injuring two other patients, according to local affiliate KETK.