Nurse, 27, who used Tipp-Ex to inflate the number of hours she worked at Great Ormond Street Hospital and lied about having procedures checked by a colleague is struck off

A nurse who used Tipp-Ex to inflate the number of hours she worked and remove a signature she had earlier falsified has been struck off by a tribunal.

She also administered three intravenous medications without a second checker present while she was employed by Oxford University Hospital Trust on a night shift in March 2015.

Redford then falsely entered on the patient record system that a colleague had checked her administrations.

She also forged a signature on her student practice assessment document, the Nursing and Midwifery Council heard.

The nurse declined to attend the hearing and in a letter to the panel wrote: ‘I am willing to engage with the NMC for the purposes of concluding the CPD agreement, however I will not attend any NMC hearing as I feel this would be too detrimental to my own wellbeing’. 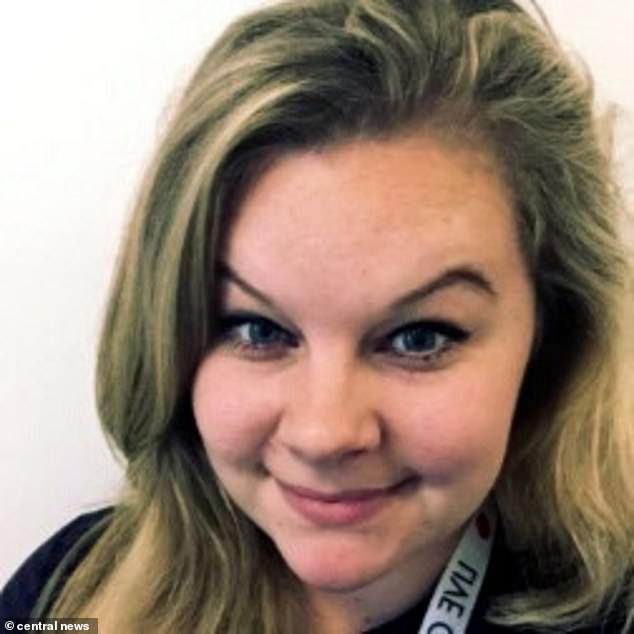 Redford falsely entered on the patient record system at Oxford University Hospital that a colleague had checked her administrations of intravenous medicines, but she had in fact acted alone

Panel chair Jennifer Laing said: ‘Given the dishonesty in this case there is a public interest in a finding of current impairment to uphold standards of the profession, as well as to uphold the public confidence in the profession and in its regulator.

‘The public rely on being able to trust that nurses act with honesty and integrity at all times, particularly within a hospital environment.’

Ms Laing said Redford’s ‘actions and dishonesty were a serious departure from the standards expected of a registered nurse and are fundamentally incompatible with ongoing registration.

The panel decided to proceed in the absence of Mrs Redford, who Ms Laing said had expressed a ‘clear intention to leave the profession and, in fact, has secured alternative employment in a non-healthcare setting.’

The panel found that her fitness to practice was impaired by her misconduct and ruled the appropriate sanction was a striking off order.

Redford had first joined the Nursing and Midwifery Council Register in July 2012.