Nyle DiMarco welcomes you to his world. His "Deaf Utopia" (William Morrow, 336 pp., out now), specifically.

The Deaf actor, activist, model and producer chronicles his whirlwind life in a new memoir, from his immersion in Deaf culture at birth to his auspicious rise to fame, winning both "America's Next Top Model" in 2015 and "Dancing With the Stars" in 2016.

DiMarco ("Audible," "Deaf U") is also here to debunk misconceptions about the Deaf community. For starters, yes, he can drive.

"Hearing people will actually deny that we have a culture," DiMarco says over a Zoom call from Washington. "They often don't believe that it's possible for us to have a sense of community – they believe that it's just a disability – when in fact we do."

DiMarco is one of three fourth-generation Deaf children born to Deaf parents, and his book covers the harmonious and heartbreaking parts of his childhood. One such area of heartbreak: his father's physical abuse.

"That process of writing about my father was complicated and complex," DiMarco says. "It opened a lot of wounds. I, of course, wanted to keep that in the past. But in this case, it felt right to move forward in the writing of the book, just because it is so much a part of my story and makes me who I am today." 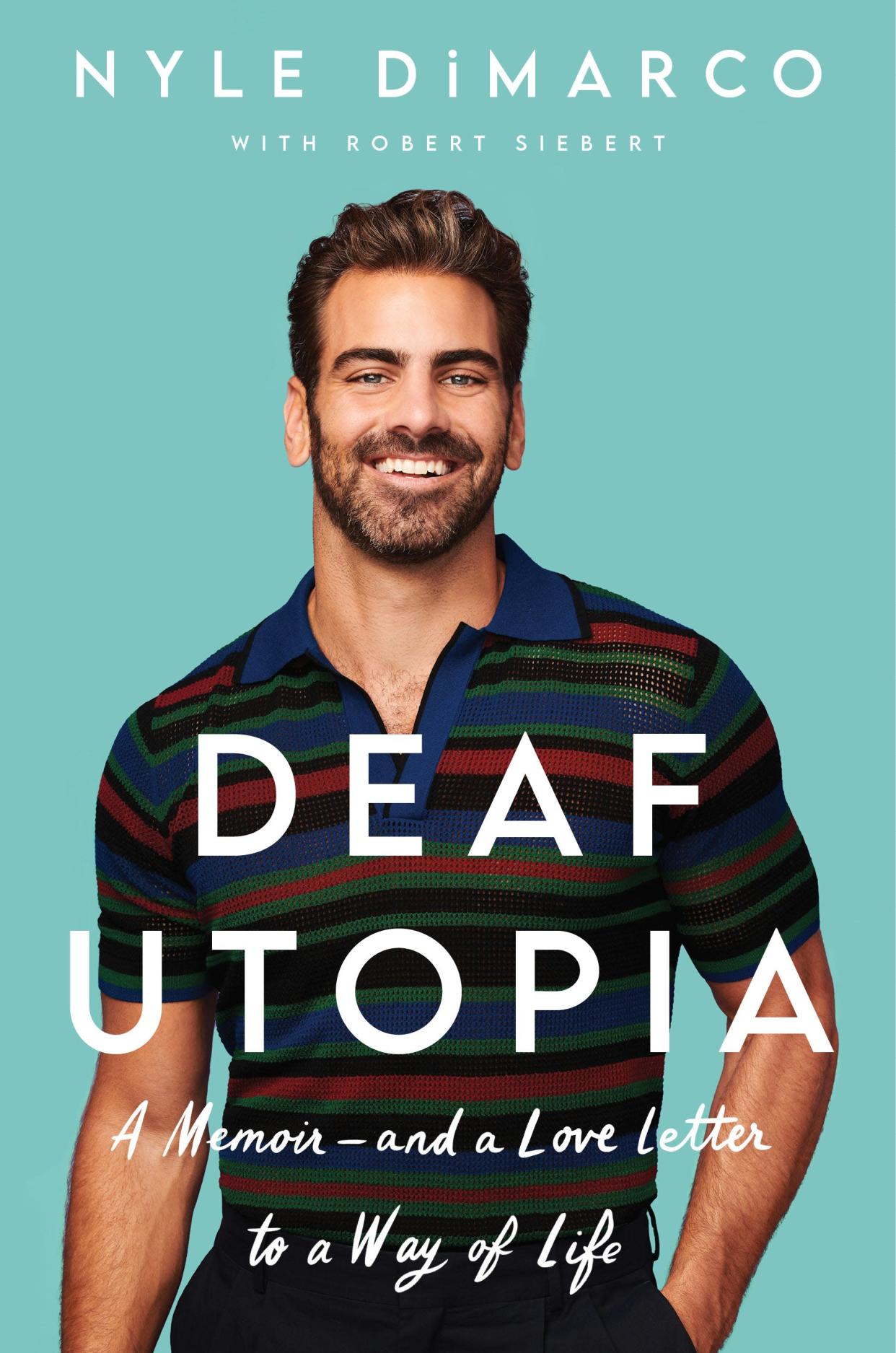 The book also serves as an education for readers who may not know key facts about Deaf people or moments in Deaf history. For example: Estimates say an average lip-reader understands about 30% of a speaker's words. And did you know that telephone inventor Alexander Graham Bell thought Deaf people shouldn't marry each other? Or what happened as a result of the "Deaf President Now" protest at Deaf college Gallaudet University in 1988? (A film adaption of this protest is in the works, with DiMarco producing.)

DiMarco also recounts having secret parties in his house since his mom couldn't hear when people were over.

"We could be as loud as we wanted to," he says, "and as long as the door downstairs was closed, if she ever looked, she wouldn't assume anything because she thought it was locked. It was great. And we would rage until the wee hours of the morning."

If his kids pulled the same stunts? He'd lay down the law, more so to ensure their safety. "It's really important to empower kids to make decisions for themselves as people," he adds.

In case you missed: 'DWTS' champ Nyle DiMarco brings the romance and drama of deaf culture to Netflix in reality series 'Deaf U'

DiMarco's confidence comes from the path forged by those in the Deaf community "who had already achieved so much in so many different avenues." This includes his mother, who fought for her children to receive a proper education that celebrates Deafness.

DiMarco also belongs to another marginalized community. The book touches on his queer identity – something that has developed over time, a concept straight people might not wrap their heterosexual heads around at fist.

"I don't know that they can really understand exactly what we have to break down and what we have to process and unpack over time to find out who we are," DiMarco says. "Explaining that process is just really tough without the context. Let's not forget that our identities are fairly new and our spectrum is ever expanding." 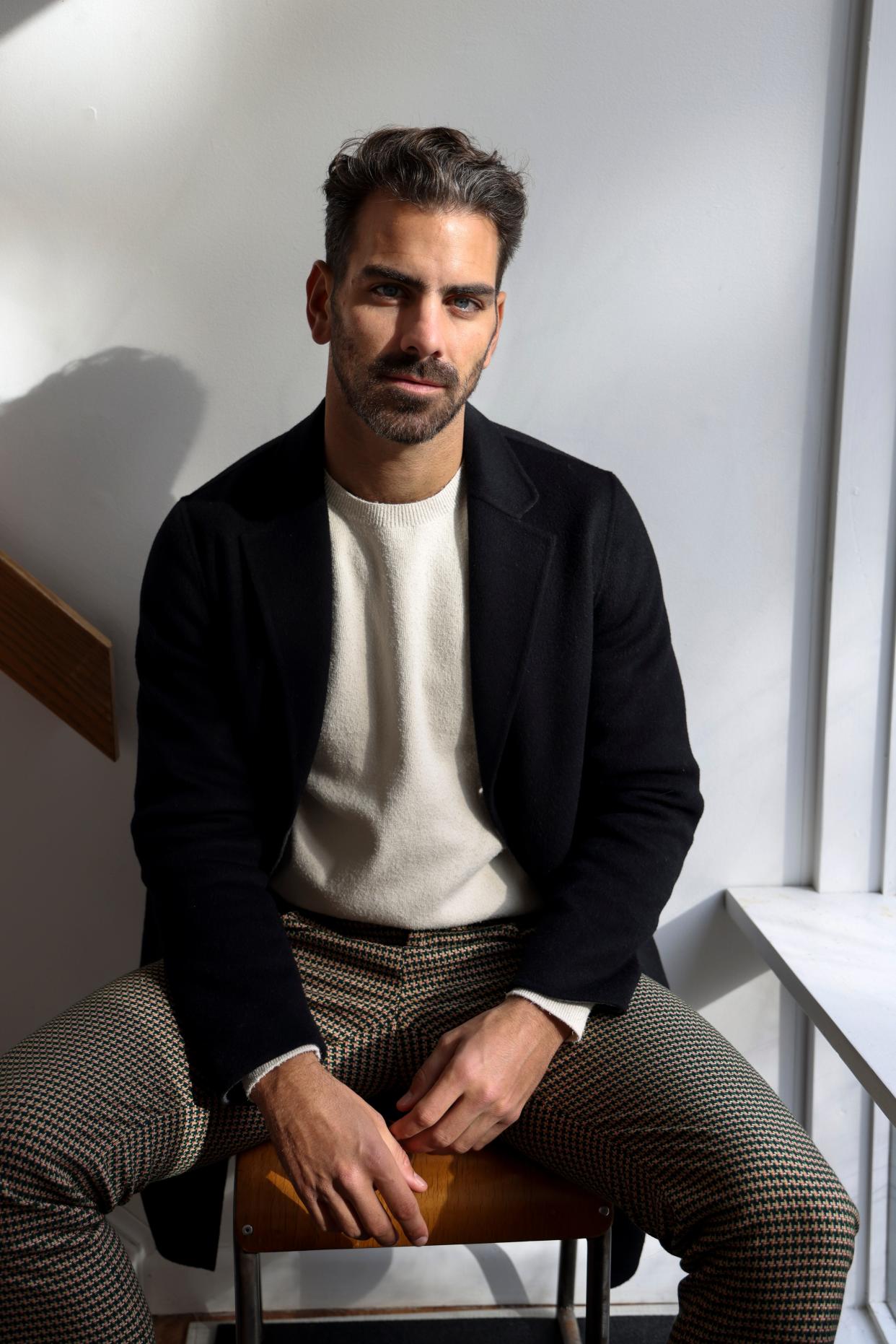 DiMarco remains comfortable in that expansion: "I'm exactly where I'm supposed to be. Obviously, I'm remaining open to change. That evolution is really beautiful. We're all always finding the next best thing that fits."

He wants Deaf LGBTQ youth to know That resources are available to help them, like the Deaf Queer Resource Center in San Francisco – especially since research shows more than half of Deaf LGBTQ youth seriously consider suicide. Social media also works as a worthy outlet to help people feel less alone.

Awful: Deaf LGBTQ youth, further on the margins, likelier to feel depressed or suicidal than their hearing peers

Members of the Deaf community may have also felt less alone after seeing themselves represented in Oscar-winning film "CODA," which took home three prizes at this year's Academy Awards including best picture.

DiMarco eagerly awaits Deaf projects that aren't just about deafness but just involve Deaf people. "CODA" star Marlee Matlin used to be the only one on the red carpet for – not anymore.

"We have to take a moment and turn it into a movement and really remind Hollywood that people are looking for these stories," DiMarco says. "Even when people want to invest in our stories, they're often not considering investing in us. We're seeing these fantastic ensembles on screen, but what we need is to see more Deaf representation behind the lens."

Something tells us we'll all be living in DiMarco's "Deaf Utopia" soon enough.

If you or someone you know may be struggling with suicidal thoughts, you can call the U.S. National Suicide Prevention Lifeline at 800-273-TALK (8255), any time day or night, or chat online.

'CODA' made history amid Oscar chaos: Here's what its win means for the Deaf community.