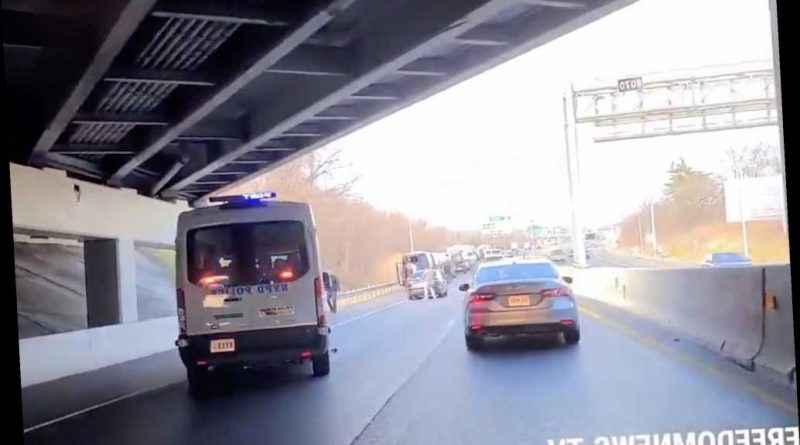 A driver sideswiped an NYPD vehicle traveling back from Washington DC Thursday and then sped off — capping off a troubled trip that also saw a COVID-19 outbreak.

Video posted to Twitter shows at least 14 NYPD vehicles, including five marked busses and nine vans, stranded on the northbound side of I-95 in Maryland Thursday afternoon.

Law enforcement sources told The Post one of the police vehicle’s mirrors were broken after a hit-and-run driver sideswiped it and fled.

The entire contingent was traveling together so they all stopped together, the sources said, adding no one was injured.

The hit-and-run, which left all 200 officers sent to the capital waiting on the side of the highway, was further proof that no good deed goes unpunished.

The caravan was sent to Washington DC on Monday to help with President Biden’s inauguration security but on the day the cops arrived, one of them received a positive COVID-19 test result back from his doctor — right after he spent three hours in a van with his fellow officers.

Instead of being able to help out on the historic day, 24 cops were forced to quarantine in their hotel rooms until the trip home.