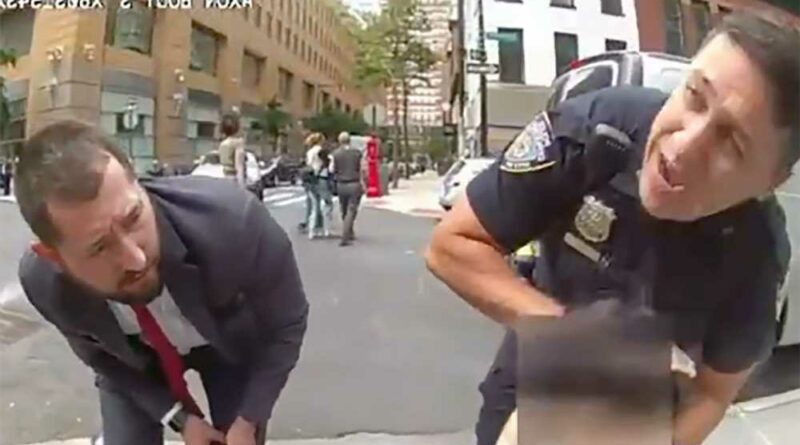 Shootings down, gun busts up last month in NYC: NYPD

Three cops are being hailed for saving an unconscious infant whose dad flagged them down while the officers were investigating a burglary in Brooklyn, according to the NYPD.

The officers tended to the 5-month-old boy in the city’s 84th Precinct — which is tasked with patrolling Brooklyn Heights, Boerum Hill and Vinegar Hill — until medics came to the scene, police said Friday. The baby then made a “full recovery,” according to the Police Department.

“While investigating a burglary yesterday afternoon, Police Officers Reis, Bates, and Keller were informed by a passerby that a father was holding an unconscious 5-month-old,” Chief of Department Rodney Harrison said Friday afternoon in a tweet.

“The officers immediately sprung into action and began to render aid to the infant until further medical assistance arrived.

“These officer’s actions helped save the infant’s life and he has made a full recovery. Keep up the excellent work and stay safe!”

A short clip of bodycam footage posted on Harrison’s account shows one of the officers holding the child while on a sidewalk, asking an unidentified man, “Is he choking, was he eating anything?” as the other cops look on close by.

The man responds, “He wasn’t eating anything right now. I just took him out.”

“This is every parent’s nightmare. It’s a cop’s nightmare, too. But Police Officers Reis, Bates and Keller did what cops do: stay calm, ask questions, let the training kick in,” said the Police Benevolent Association in a tweet.

“Because of their efforts, the baby lived. Bravo.”