CCTV captured the yellow Lambo slowly rolling down the hill and picking up speed before mounting the pavement and crashing into the side of a bar in Hong Kong's Lan Kwai Fong area. 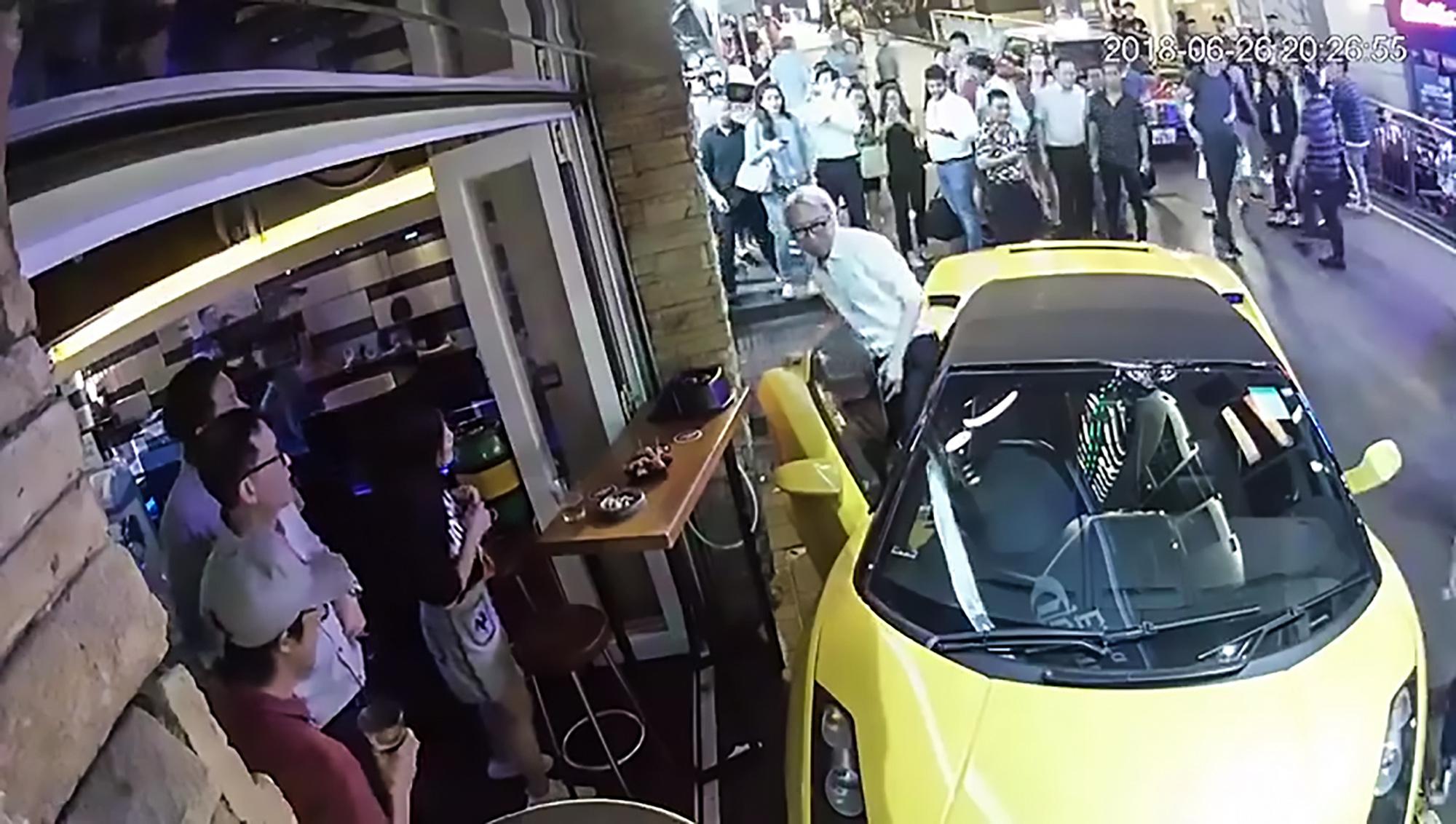 A man sitting at a table panics briefly and tries to grab the table and step backwards as he realises the out-of-control car is heading towards him.

Fortunately the car was not rolling very quickly and it is not believed to have been damaged as it got stuck on the edge of the pavement.

The stranded motor soon attracted a crowd as the embarrassed gentleman tried to keep his cool as he got into the vehicle. 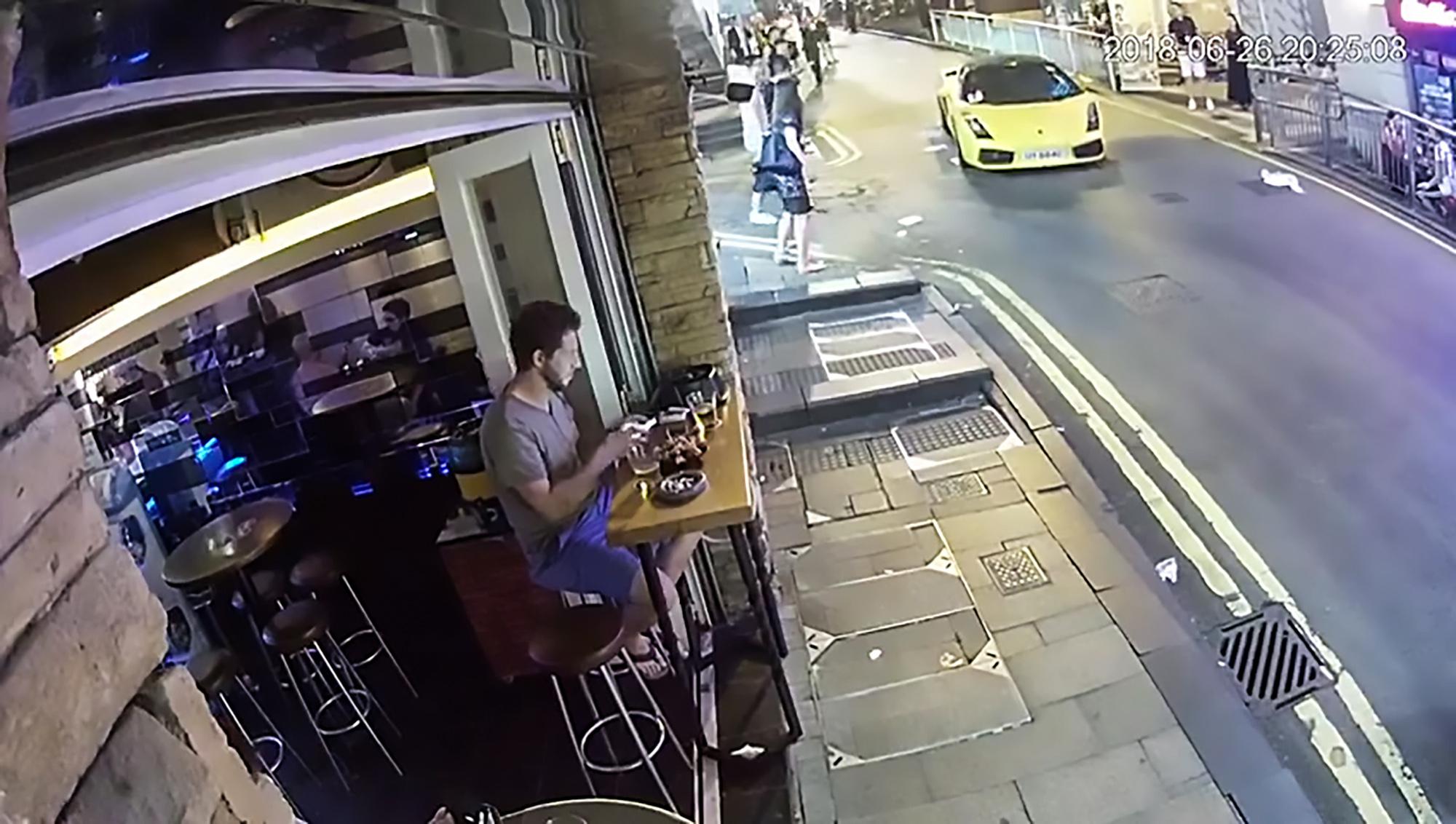 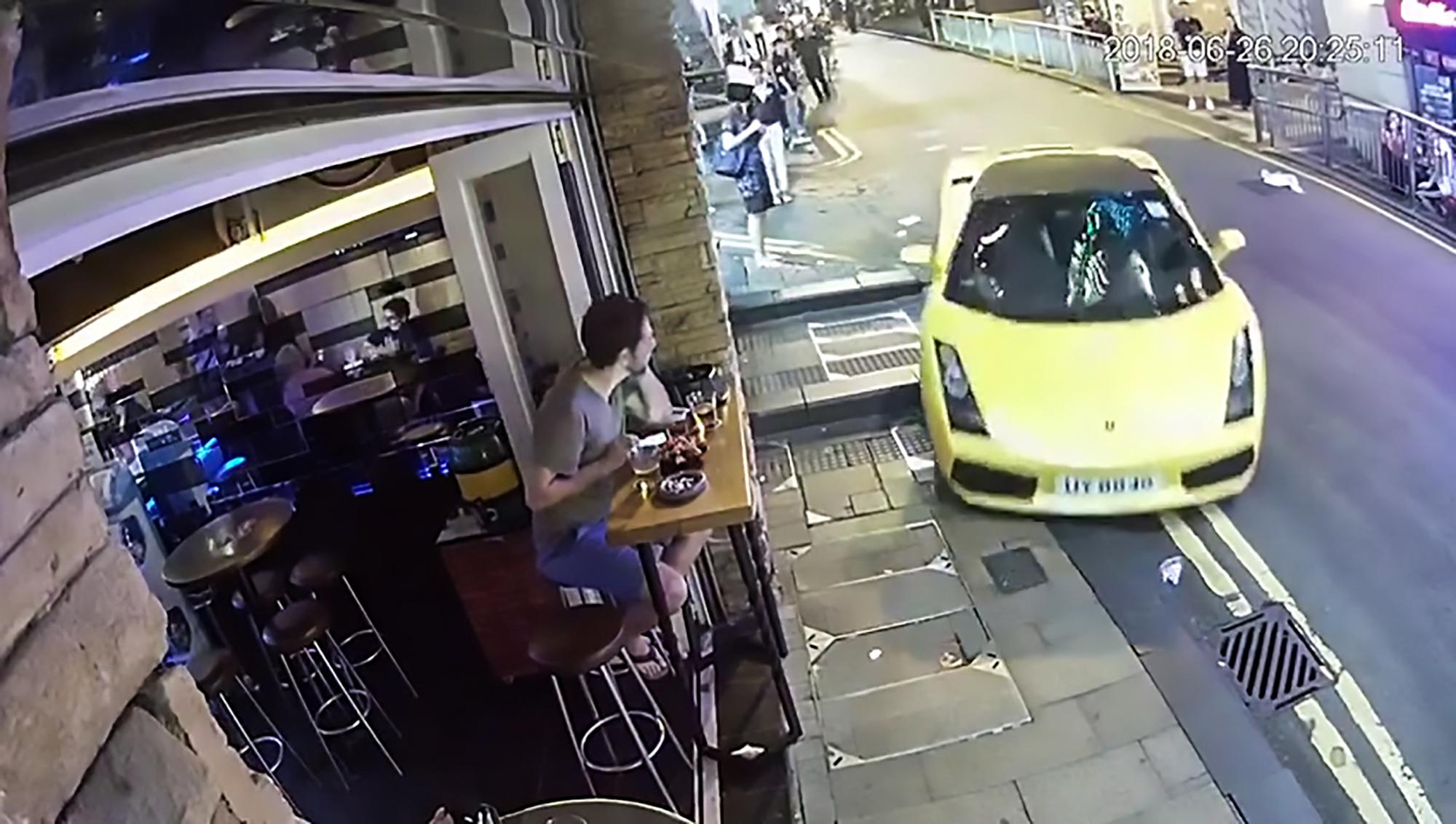 Unfortunately for him he had to endure the smirks of those around him as he tried to drive the car off the pavement and finally his embarrassment was complete when footage of the incident was posted online.

The footage of the vehicle stranded outside the D26 bar and restaurant on D’Aguilar Street has so far notched up 250,000 views.

Online commentators all lined up to make jokes, with one saying it looked like the man at the bar was getting a free Lamborghini with his drink.

Another added: "If you can’t drive, then don’t buy a nice car. Money can buy you a nice car, but not a brain." 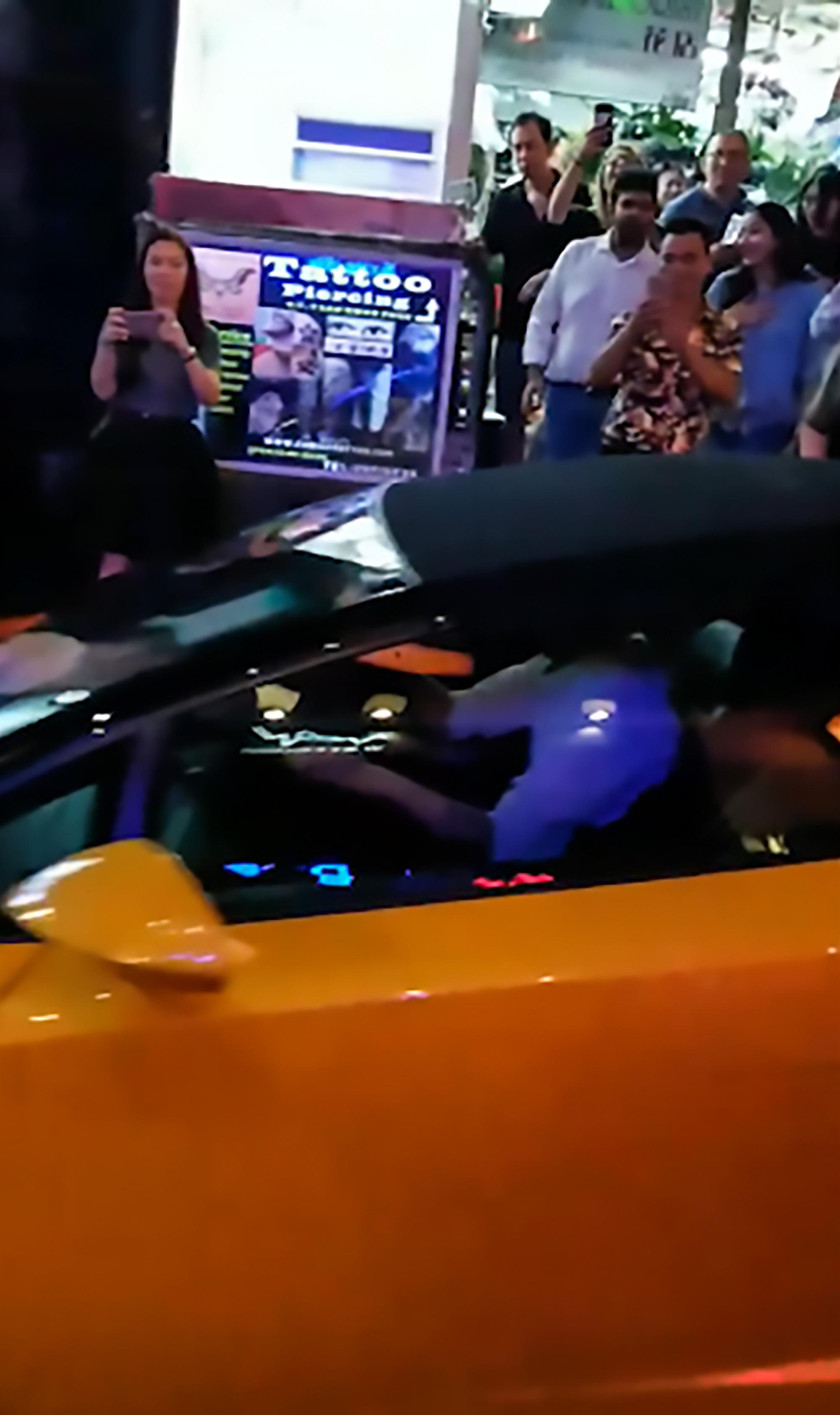