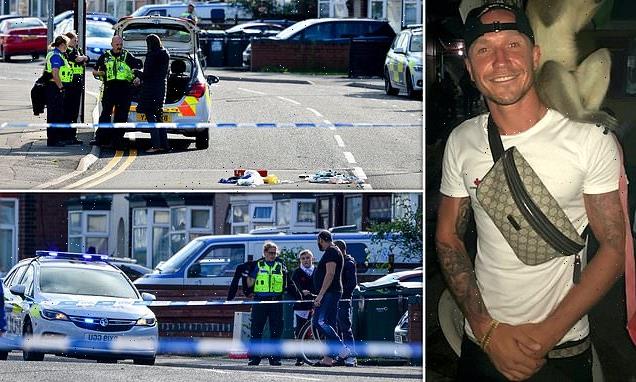 A police officer who shot dead an unarmed man during a raid is to be investigated for gross misconduct, it emerged today.

Sean Fitzgerald, 31, was killed when officers stormed a property in Coventry, West Midlands, in an ‘intelligence-led operation’ on January 4, 2019

The ex-squaddie had had been exiting the property at around 6.20pm when he suffered a gunshot wound to the chest.

Today the Independent Office for Police Conduct (IOPC) announced the officer who fired the fatal shot would now be served with a gross misconduct notice to face a disciplinary hearing. 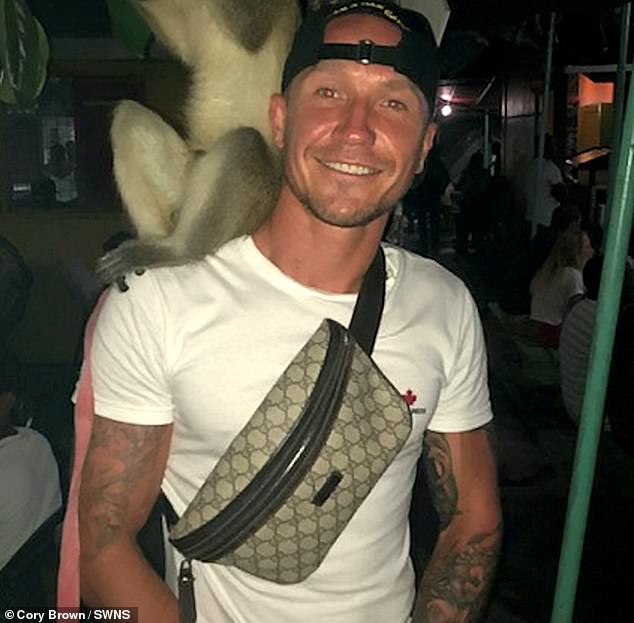 Sean Fitzgerald, 31, suffered a gunshot wound to the chest when officers stormed a property in Coventry, West Midlands, on January 4, 2019

However, the officer will not be subjected to any criminal charges after the IOPC concluded there was no indication an offence had taken place.

It comes after the police launched an investigation into the shooting following a mandatory referral from the force.

‘We have only been given limited information to date, but that information indicates that the officer should be under criminal investigation in close co-ordination with the CPS, with a charging decision being made without delay.

‘We also call upon West Midlands Police to reconsider the status of this officer.

‘Sean was totally unarmed when he died as a result of this officer’s actions and we don’t believe he should be able to continue carrying a firearm when potential gross misconduct has been identified.

‘Sean is greatly missed by all his family and friends and we continue to seek answers and justice for him.’

IOPC regional director Derrick Campbell said: ‘This was a tragic incident that led to a man losing his life and our thoughts are with the family of Mr Fitzgerald and all of those affected by his death.

‘It is important in cases like this for the circumstances to be examined thoroughly and independently in order to understand fully what happened on that day.

‘We know how important it is for all of those concerned to have answers as quickly as possible, but it is also important to have a robust investigation that ensures all lines of inquiry have been properly explored.’ 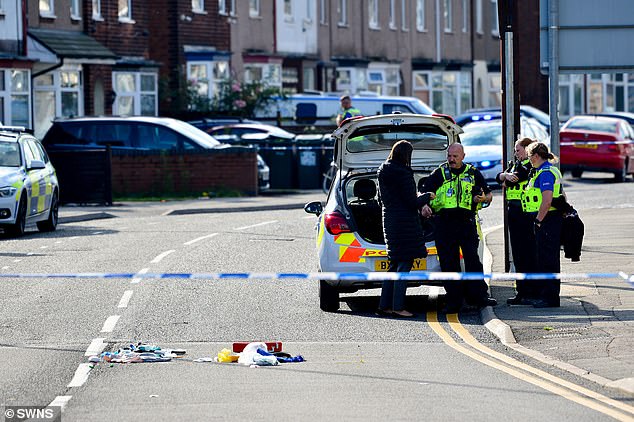 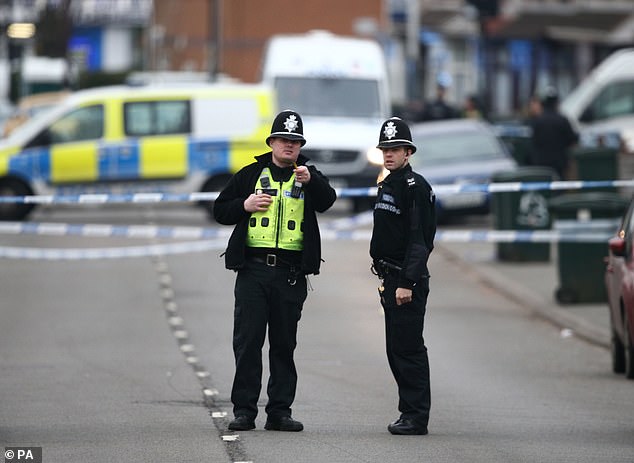 The ex-squaddie had had been exiting the property at around 6.20pm when he suffered a gunshot wound to the chest. Pictured: Officers at the scene in Coventry

The IOPC said serving a notice advises the officer their actions are under investigation and does not indicate that misconduct has been proven.

Mr Campbell continued: ‘This has been a particularly complex investigation looking at not only the shooting itself but the intelligence, assessments, planning and decisions which took place prior to the pre-planned police operation.

‘It has been an evolving picture, and due to the nature of the issues involved we have had to await expert advice.

‘Mr Fitzgerald’s family and the force have been updated on our progress so far.

‘Once our work, which is at an advanced stage, has concluded, along with the inquest and any disciplinary proceedings, we will be in a position to release the findings of our investigation.’

Following the shooting in 2019, friends of Mr Fitzgerald said he had been visiting friends at the time and was shot during a ‘drugs bust gone wrong.’

Cory Brown, 28, said: ‘He was my friend. They were all in the house unarmed.

‘From what we can gather, they have ran away out of the house because the police raided it. 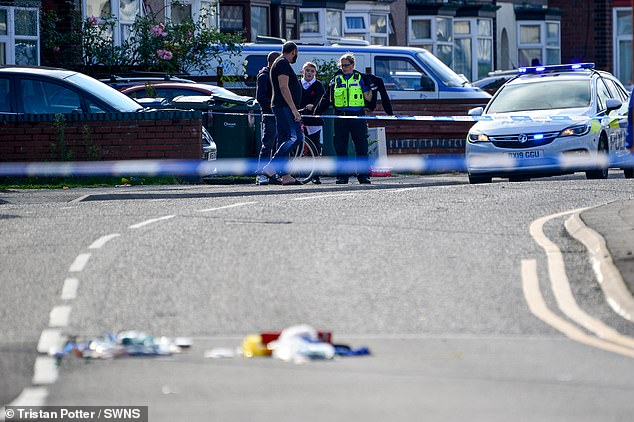 ‘The police climbed up ladders and went through windows, almost like it was World War Three.

‘Obviously any person in their right mind would’ve been scared and ran away.

‘None of the lads were armed and there was no weapons inside the house – I can guarantee that.

‘A neighbour said that she had heard an officer say it was just a warrant gone wrong.’

West Midlands Police said at the time: ‘A warrant was executed as part of an intelligence-led operation in Burnaby Road.

‘A 31-year-old man was shot and pronounced dead at the scene while two other men were detained by officers.

‘The men, both aged 26, have been held on suspicion of being concerned in the production of cannabis

‘The matter has been referred to the Independent Office for Police Conduct (IOPC).’