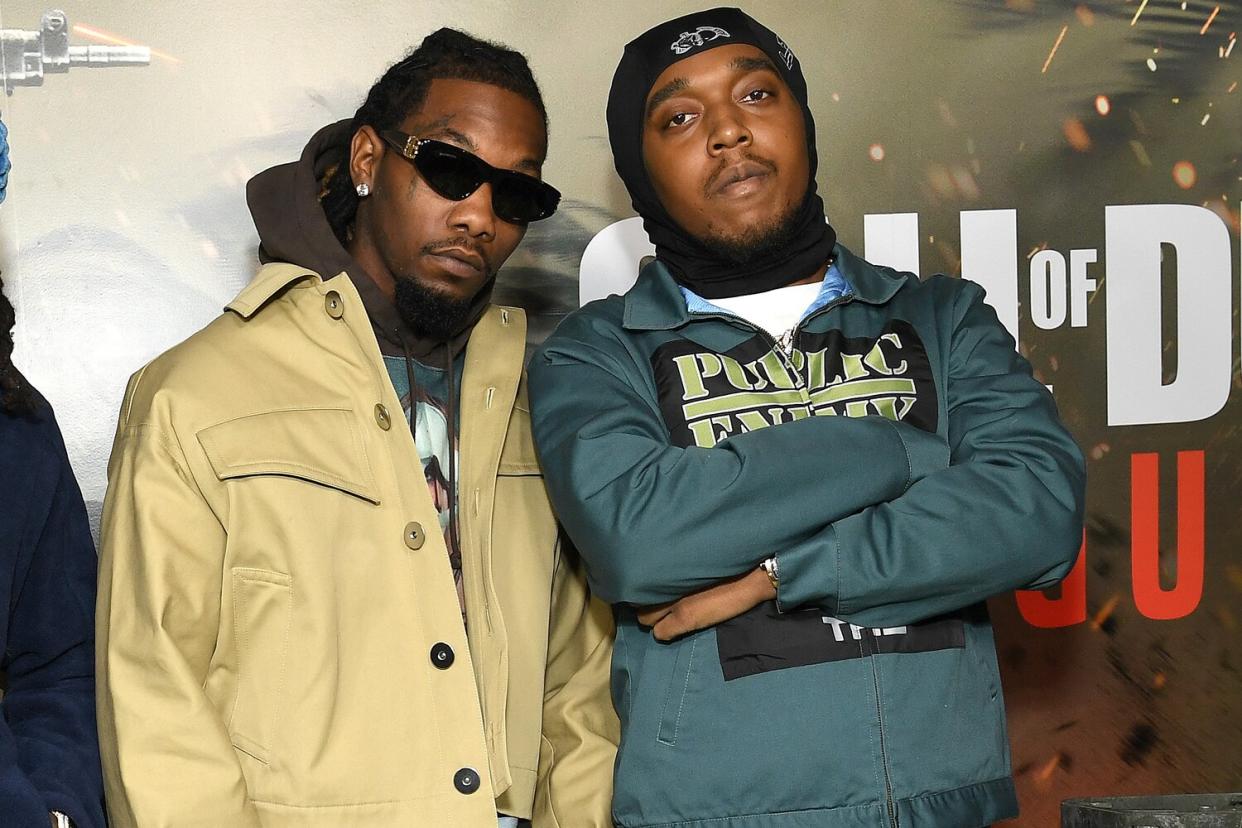 Offset is mourning the loss of Takeoff, and he’s getting real about how he’s feeling a month after his death.

“In a dark place,” the rapper tweeted with a middle finger emoji on Thursday.

Offset’s tweet comes after the fellow Migos member was fatally shot on Nov. 1 outside of a downtown Houston bowling alley. While Offset has been honoring his cousin, real name Kirsnick Khari Ball, for several weeks now, his latest statement comes after Cardi B revealed on Twitter that she’s been struggling to make her husband feel happy during the difficult time. 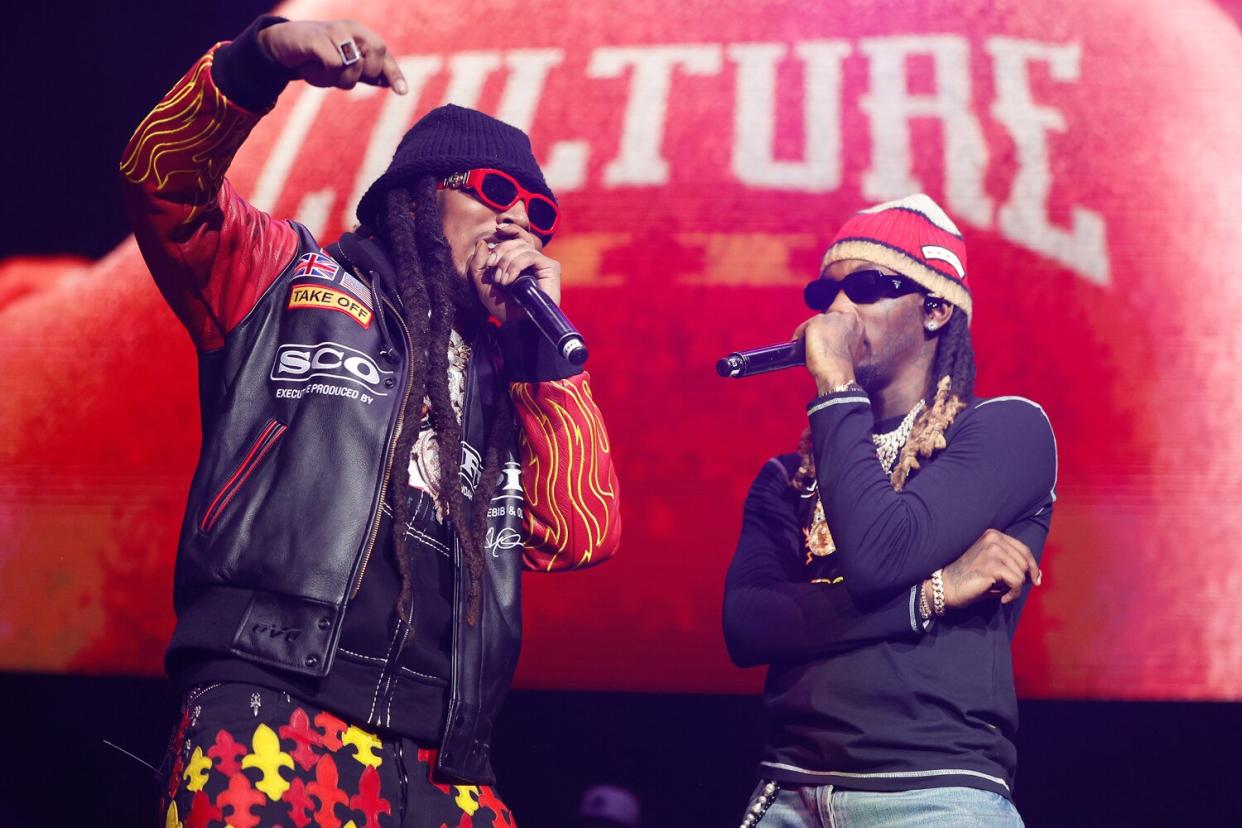 RELATED: Cardi B Says She Is ‘Heartbroken’ Following Takeoff’s Death: ‘This Has Truly Been a Nightmare’

“We living our life normally, but deep down inside our hearts have been so heavy,” Cardi said in a since-deleted voice note. “I feel like if I talk about the incident so desensitized, I feel like if we talk about how we really feel or what motherf—kers really been going through, y’all will start saying, ‘Oh, sympathy.’ And we don’t want no sympathy. We ain’t no charity case. But no lie, I have been feeling so hopeless trying to make my husband happy.”

The rap superstar elaborated, telling fans that she’s not “in the mood” to be “playing around” online, and that the grieving process has been — and still is — very real.

“Trying to make him crack a smile, seeing him randomly cry, see him trying to distract his mind completely, schedules been changing, trying to keep up with work after everything that he’s been going through these past couple of weeks,” Cardi said, detailing her efforts.

Takeoff, who was one-third of Atlanta hip-hop trio Migos alongside Quavo and Offset, was honored by his city at the State Farm Arena during a Celebration of Life on Nov. 11. And since then, Offset has continued to pay his respects with his social footprint. Across platforms, Offset’s profile pictures have been altered to include Takeoff, and the musician has even shared a handful of clips to remember him, too.

RELATED: Quavo Shares Moving Tribute for Nephew Takeoff: “You Are Our Angel”

“I wish I could hug you one last time. Laugh one last time. Smoke one [sic] last time. Perform one last time,” Offset wrote. “I know someone with a soul like yours is in heaven now. I hope you can see how much we love you and miss you. You have left a hole in my heart that will never be filled.”

Playing his first show back after the tragedy, Offset took over Miami club E11EVEN last week as part of Art Basel. At the time, he said that the performance was “for Takeoff” as he ran through hits like “Bad and Boujee” and “Clout,” Page Six reported.

“We’re doing this for my brother,” Offset said.

Earlier this month, the Houston Police Department arrested a murder suspect in connection with Takeoff’s shooting. Patrick Xavier Clark, 33, was arrested a week after police also arrested Cameron Joshua, 22 — who was charged with two counts of unlawful possession of a weapon. When asked about Joshua’s connection to the case, Chief Troy Finner said that he “was there on the scene” and “in possession of a weapon,” but did not provide further details. “He is a felon,” said Finner.