Baker Mayfield is in the middle of an offseason that could be politely described as "turbulent," but he still had the unveiling of a statue to look forward to.

As it does with every other Heisman winner, Oklahoma announced a Mayfield statue would be coming to its Heisman Park this year. The unveiling arrived Friday in a special ceremony ahead of the Sooners' spring game.

Let's just say the internet liked it, at least.

If you think something looks off about the statue, you're not alone. It's not quite at the level of the infamous Cristiano Ronaldo bust, but the lack of helmet, the bizarre hair, the literal Heisman pose and the face that just doesn't look much like Mayfield all add up to an easily mockable product.

To be fair to the artist, the biggest issue is it is hard to discern Mayfield is wearing a headband from social media photos alone, which creates the image of a very high hairline. The Mayfield statue is also not alone in not having a helmet; other Heisman Park statues are helmetless, likely because fans want to see the actual faces of their heroes.

That said, it wasn't a surprise when social media proceeded to rip the statue, or at least try to figure out what it actually looked like.

Oklahoma just unveiled a statue that looks like… not Baker Mayfield. pic.twitter.com/DxCbhXIRT2

It’s a really bad statue for loads of reasons… no bigger one than why in the hell is Baker’s statue playing football without a helmet? pic.twitter.com/lH9ijAqBzI

it took me a minute to realize this was supposed to be a statue of baker and not a statue of someone who was a mentor to baker https://t.co/t2bPQ40oOX

Everyone is being pretty mean to the sculptor of the Baker Mayfield statue, but I think they got the face pretty close to the painting they were working from. pic.twitter.com/F7fxcIzop0

And that’s when Baker Mayfield realized he’s actually an Italian running back from the early 1950’s pic.twitter.com/8MnDm7LXYU

On the NFL side of things, Mayfield remains a member of the Cleveland Browns, but not by choice. The former No. 1 overall pick is out of a starting spot after the Browns' blockbuster trade for Deshaun Watson. He is now waiting for Cleveland to trade him to a team willing to give him a starting spot, if such a team exists, and isn't happy with how the whole process has gone down.

Mayfield was a superstar at Oklahoma, winning the 2017 Heisman Trophy after throwing for 12,292 yards and 119 touchdowns in three seasons as a Sooner. His professional career has been less successful, hence the Watson trade. 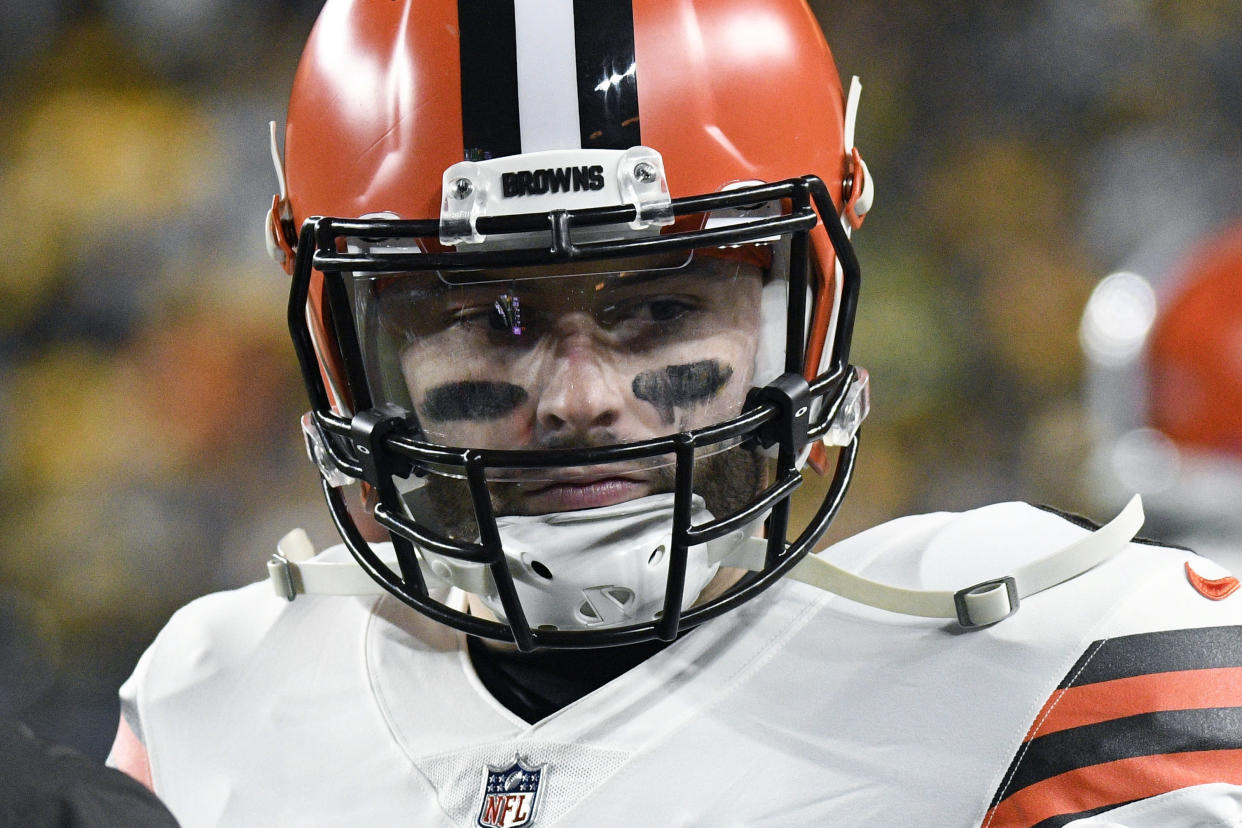