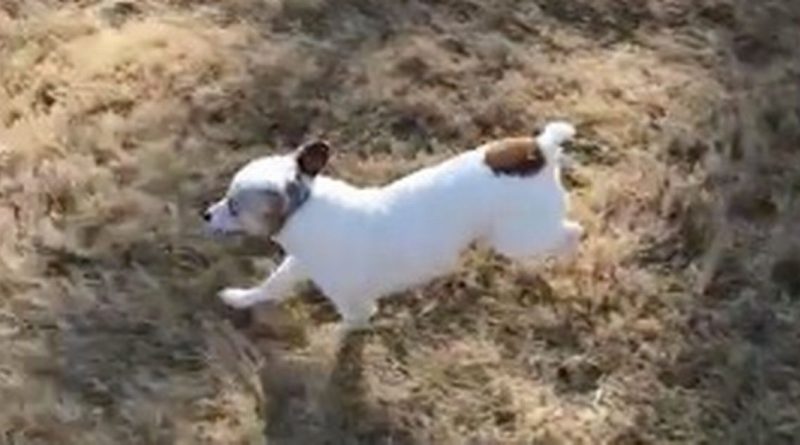 Footage of a Jack Russell terrier running laps in the garden shortly after celebrating her 17th birthday has left dog lovers smitten on Reddit.

The cute video was uploaded on Thursday (January 14) and shows the pooch sprinting with surprising athleticism as she dashes around her owner in a circle.

According to her owner, Lucy the Jack Russell celebrated her 17th birthday last month but is still very much full of life.

In the caption, they wrote: "Things I will never get tired of: watching this old girl (she's 17) run the yard without a care in the world."

The video has been up-voted more than 15,000 times since it was posted by u/TK421IsNotAtHisPost and many viewers admitted Lucy had stolen their hearts.

Another viewer wrote: "My good girl used to race around the back yard exactly once then go back to the house. We called it her victory lap."

"She's pretty spry for a old lady!" commented someone else.

A fourth dog lover said: "This gives me hope – my dog just turned 9 and everyone keeps saying he’s getting old but he’s still a puppy to me!"

Meanwhile, other people were amazed at Lucy's health in her old age and asked what the secret was.

Her owner said he fed her a diet of steamed rice, baked chicken and fat-free cottage cheese for dinner because she started having digestive issues with dog food eight years ago.

Lucy also gets sweet potato or pumpkin as an occasional treat.

Jack Russell terriers are a fairly long-lived breed and have an average lifespan of 12 years, with up to 16 years for a healthy dog, according to petplan.co.uk.

They have been said to live as long as 20 years in some cases.

Bluey, an Australian Cattle Dog, was officially the oldest living dog in the world and died aged 29 in 1939.

'How do I get my partner to be less cold and robotic in bed?'

Teacher goes on road trip to teach students from historical sites across the U.S.
Celebrities News