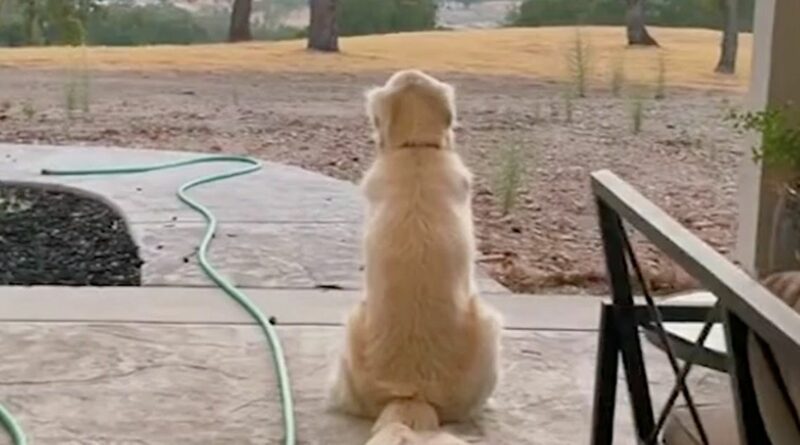 A golden retriever has gone viral for his adorable daily routine of sitting outside his home and watching the sunset every night.

The pooch’s owner, Katelyn Nassar, shared the heartwarming footage to her TikTok last week and it has already been seen more than 4 million times.

It shows her goldie perching on a veranda staring out over a picturesque countryside as the sun sets.

“My dog sits in this exact spot and watches the sunset every night,” Katelyn, from Austin, Texas, explained in the caption.

She added that her pooch’s routine makes her “emotional” and it certainly pulled at viewers’ heartstrings.

“He is an old soul wondering who he was in his former life,” one wrote.

Another commented: “This dog knows how to take care of its mental health more than most humans do.”

A third added: “Dogs appreciate the things we take for granted.”

Others asked why the pooch was left all alone to watch the sunset, so his owner quickly followed up with another video of her sitting beside him.

“It was even better sitting with him tonight,” she added.

Again, the video went viral and was seen more than 5 million times.

Plenty of viewers continued to suggest the pup had “definitely lived another life before”.

The footage comes after a video of a “sulking” golden retriever went viral.

Zoey was hoping to get his favorite drink from Starbucks but, when it didn’t happen, was filmed facing away from his owner in the car.

Speaking to Daily Star, her owner said: “One of Zoey’s favorite treats is whipped cream. When we realised that, we then took both of them to get pup cups and they both enjoyed it very much.

"Now every time we leave our house and go for a ride Zoey expects to get her pup cup no matter the circumstances."

Keep up to date with all the latest news from Daily Star by signing up to one of our free newsletters here.