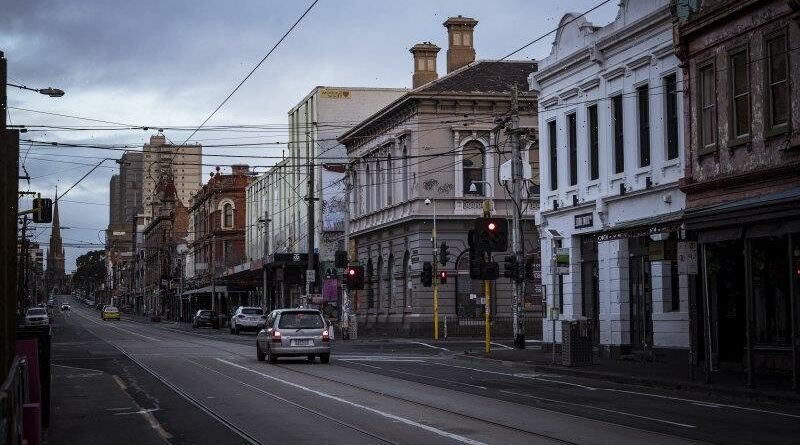 Hundreds of patrons who attended two popular nightspots in Melbourne’s inner-north last week have been asked to isolate after a fellow patron was later diagnosed with the Omicron variant of COVID-19.

Health authorities released a statement on Wednesday morning, confirming the infected person had spent several hours at Sircuit Bar in Fitzroy from about 9pm and then went on to the Peel Hotel in Collingwood from about 11.30pm until 3am. 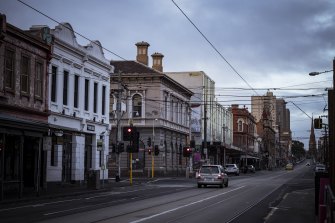 Anyone who attended the venues in Fitzroy and Collingwood at the same time as the confirmed case has been told to isolate. Credit:Chris Hopkins

There were more than 410 people at Sircuit Bar and about 320 at Peel Hotel while the infected patron was present.

They have all been deemed close contacts of the case. Vaccinated patrons have been asked to get tested for COVID-19 and isolate for seven days, while those who are not fully immunised must isolate for 14 days.

People living in the same house as a close contact are not required to get a test, but they must isolate and get tested if they develop symptoms of COVID-19.

Health officials are also contacting patrons who were at Sircuit between 6pm and 9pm on Friday.

“They are also strongly advised to get a standard PCR test and isolate until they get a negative result,” the statement said.

The Omicron scare comes as NSW authorities investigate more than 200 coronavirus cases linked to a nightclub superspreader event in Newcastle.

All the cases are likely to be sequenced as the new Omicron variant, as the state deals with the largest COVID-19 surge in more than two months.

There are currently just over 11,000 active COVID-19 infections in Victoria, including six confirmed cases of the new Omicron strain linked to international travel.

Genomic testing is under way to confirm the strain of coronavirus carried by another nine suspected Omicron cases, with results likely to be made public by health authorities in the next 48 hours.

Of the positive cases, four are air passengers who travelled to Melbourne from Dubai on November 30, while one is a traveller who arrived in Victoria from the Netherlands and went straight into hotel quarantine on December 3.

The sixth case is a household contact of one of the travellers.

While the full impact of the Omicron strain remains largely unknown, an analysis conducted by the South African Medical Research Council and Discovery Health, the country’s largest private health insurer, has found the variant appears to cause less severe disease than previous versions of COVID-19.

The findings, which were released on Tuesday local time but are yet to be peer-reviewed, also showed the Pfizer vaccine offered less defence against infections from the variant but still good protection from hospitalisation.

Omicron has overcome Delta as the main strain in South Africa, accounting for more than 90 per cent of all new infections in the country. It has also caused a “tidal wave” of infections in the UK, which has recorded the first death of a patient infected with the strain worldwide.

Australia has reopened its borders to international students, backpackers and temporary migrants for the first time since the beginning of the pandemic.

The policy will allow about 150,000 study visa holders and another 200,000 holders of temporary and skilled migrant visas who are fully vaccinated against coronavirus to enter the country without needing a travel exemption.

Businesses hope the international travellers will help to address ongoing labour shortages, but arrivals are anticipated to trickle rather than flood into Australia, with Qantas reporting no hikes in tickets booked for the coming days and Melbourne backpacker hostels experiencing few reservations.

Tasmania opened its borders on Wednesday to Victorians, other Australians, and international travellers, although there are still a few rules in place for those visiting the state.

Melbourne, Geelong, and surrounding shires have been designated “high-risk areas” by the Tasmanian government, which means people visiting Tasmania from those areas have to present a negative result on a COVID-19 PCR test 72 hours before departure.

Tasmanian Premier Peter Gutwein said during a press conference on Tuesday that all visitors must also register for a Tasmanian travel pass.

Travellers must be fully vaccinated, or seek approval from the government to enter the state and then quarantine on arrival.

“While other states have opened their borders at 80 per cent, we took the very sensible decision, in my view, to wait until we had hit 90 per cent,” Mr Gutwein said on Tuesday.

“We will be reopening as one of the most vaccinated places on the planet.”

The Tasmanian Premier said 89 per cent of the state’s population aged over 12 was fully vaccinated as of Tuesday, and officials expected to reach the 90 per cent milestone on or about Friday.

Western Australia has also chosen to keep its borders shut until the state reaches its 90 per cent double vaccination milestone.

With Noel Towell and AP