Home » World News » On the eve of her Jubilee, an anxious nation frets over the Queen’s health 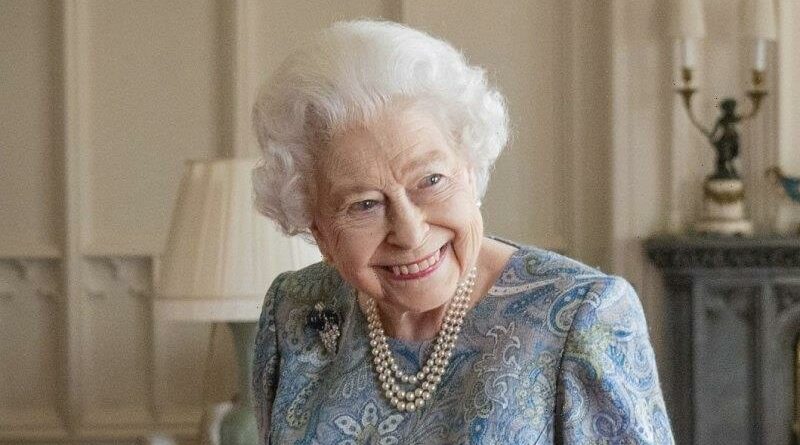 London: A day after performing the most significant of royal duties in his lifetime, Prince Charles this week found himself mobbed by well-wishers at a street market in London.

“How’s your mum?” they inquired, as others yelled “God bless you, Prince Charles”.

It’s the question of which lingers in the minds of tens of millions of Brits. Just a few weeks an unprecedented four-day weekend to celebrate her Platinum Jubilee, a nation holds its collective breath for its beloved monarch. 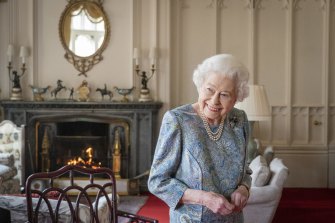 The Queen during an audience at Windsor Castle, Thursday, April 28, 2022.Credit:AP

The 96-year-old this week surpassed Prince Johann II of Liechtenstein to become the third longest reigning monarch of all time, behind King Louis XIV of France and King Bhumibol of Thailand.

But the past year has been rough. Rushed to hospital in October, struck down with COVID in February and increasingly frail, her appearances are now increasingly rare.

But it was still a shock when she stood aside for her heir, Charles, who took over the duties this week on reading her annual speech to mark the opening of parliament. The sight of Charles sitting next to the crown and her empty throne marked a major sea-change in the transition of the Crown.

Buckingham Palace describes her condition as “episodic mobility issues”. We are told she is still sharp and conducting her duties from the comfort of Windsor Castle. On her good days, she needs the assistance of a walking aid. On her bad days she is immobile.

Already this year she has missed the annual service at Westminster Abbey on Commonwealth Day, the Easter Sunday church service, handed over hosting duties for her annual garden parties and deputised to her son for the state opening of parliament.

On Thursday, she opted to visit her horses privately on Thursday rather than attend the first day of the Royal Windsor Horse Show. She had been expected to make the short drive from Windsor Castle to the showground to watch her horse, First Receiver, compete in a thoroughbred series qualifier.

The Windsor Horse Show is one of the Queen’s favourite events of the year. She has attended every year since it began as a wartime fundraising event in 1943. The live show was cancelled in 2020 during the coronavirus pandemic and went online instead. 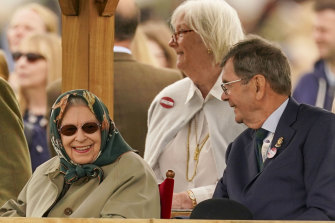 The Queen was all smiles when she attended last year’s Windsor Horse Show after a year in isolation.Credit:PA

It is now expected she will be seen at only two of the events to mark 70 years on the throne next month: the Trooping of the Colour for the famed family portrait on the palace balcony and the thanksgiving service at St Paul’s. If she attends the Derby at Epsom, it will be likely in an unofficial capacity. She would sit in the royal box without any of the pomp and ceremony of arriving in a horse-drawn carriage down final furlong of the famous straight.

She will watch a tribute concert and “peoples pageant” from the comfort of her lounge room. At 81, Sir Cliff Richard will take starring role for the fourth jubilee of his long career, riding an open-topped double-decker bus through London’s streets.

He will be joined by celebrities from Oscar winner Jeremy Irons to England football hero Gary Lineker and a parade including Basil Brush and a pack of moving corgi puppets.

Ed Sheeran will deliver the grand finale musical in front of Buckingham Palace. A noted fan of classic show tunes, along with the music of her Second World War-era youth, the Queen’s artist of choice is Duke Ellington. She may not stay up for Ed.

Robert Jobson, the veteran royal commentator of London’s Evening Standard, says for the lifetime of the majority of her subjects the Queen’s assured, measured tones at Christmas and of occasions of state have “given us all confidence”.

“At 96, surely it is now time for us to be there for her,” he says. “She should not have to continually wait to issue statements about ‘will she, won’t she’ be at a particular event. It is neither right nor proper.”

Jobson says as planners in London prepare for the platinum jubilee celebrations, the royal family and the British government should use the moment to bring matters to a head. She has already announced she wished Camilla, the Duchess of Cornwall to be queen consort when Charles becomes king, he says. And she also urged Commonwealth leaders to support Charles as its next head when the time comes. 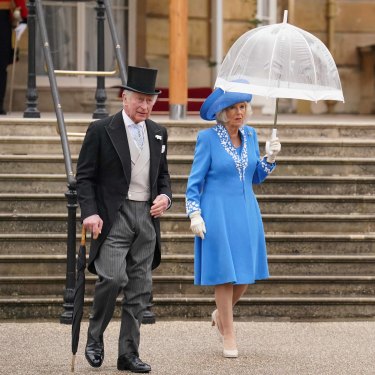 “She will remain our Queen but she should not be expected to continue to carry out the mentally taxing and physical demands required of a constitutional head of state,” he says.

“Charles at 73 is the best prepared monarch in waiting ever. He is a man of vision. He is, like his mother, dedicated and dutiful.

“At 96, the Queen should be free to relax and spend time doing exactly what she pleases. She deserves the chance to step aside while retaining her crown, and let Charles take the reins in the twilight of her illustrious reign. The end of her jubilee celebrations might be the right time to do that.”

One of her closest confidantes, her long-time dressmaker Angela Kelly, has revealed in the past weeks her struggle with grief following the death of her husband, Prince Philip, last year.

Kelly recalled in an updated version of her memoir how the monarch opted to remain alone in the immediate aftermath of her husband’s funeral.

“I helped her off with her coat and hat and no words were spoken,” she said.

“The Queen then walked to her sitting room, closed the door behind her, and she was alone with her own thoughts.” 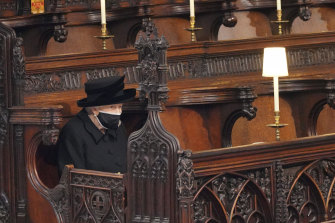 The photo that touched the world: the Queen sitting alone in St George’s Chapel ahead of the funeral for Prince Philip.Credit:AP

We should not be surprised. By the time Queen Victoria reached her 60th anniversary, she, too, had mobility issues. In her case, it was arthritic hips which made her virtually immobile at the age of 76.

For this year’s events, the Queen, due to comfort issues, will not be using the gold state coach as it leads the Platinum Jubilee Pageant procession, and will travel instead by car to the Service of Thanksgiving at St Paul’s Cathedral, arriving at an easier entrance than the Great West Door.

Joe Little, managing editor of Majesty Magazine, says the Queen’s increasing infrequent appearances had a “huge inevitability” about it given her age.

He said Charles’ task of delivering the Queen’s speech this week was “another part of his training”, albeit a duty he probably did not want to fulfil given the circumstances.

“And that’s the future as I see it really,” Little says. “That we won’t see her but occasionally, we might.”