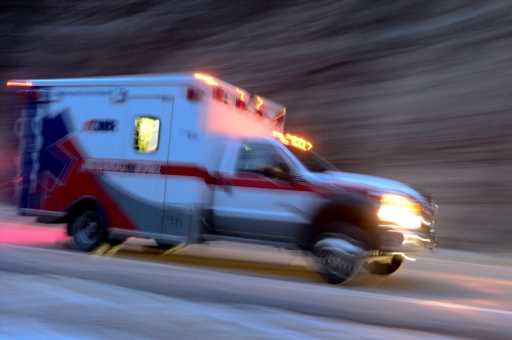 One person is dead and three people are injured after a Saturday afternoon car crash in Aurora.

The crash was reported just before 12:30 p.m. on 40th Avenue near Pena Boulevard. Traffic investigators have not determined what happened at the scene, said Aurora Police Department spokeswoman Faith Goodrich.

The wreck involved three vehicles and five people, Goodrich said. One person died at the scene. Two were taken to a hospital in an ambulance, and one person rode to a hospital in a private vehicle. A fifth person was not hurt, she said.

The crash caused traffic delays in the area.

This is a developing story and will be updated as more information becomes available.