Home » World News » Only minutes after he pulled them off the roof of a car, it got swept away 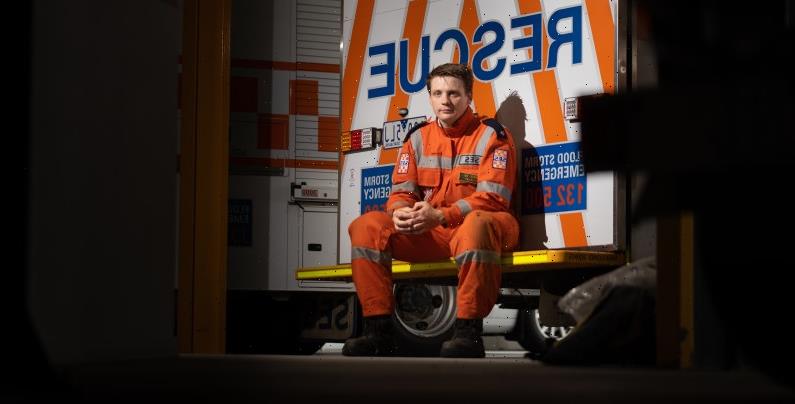 Only 15 minutes after SES volunteer Jarrod Bell helped pull a couple sitting on the roof of their 4WD to safety, the car was swept away.

It was 4am on Thursday when he was called to Elmore, northeast of Bendigo. A couple in their 60s had unsuccessfully tried to cross the Elmore Bridge and climbed onto the roof of their car, where they waited for help for 40 minutes. 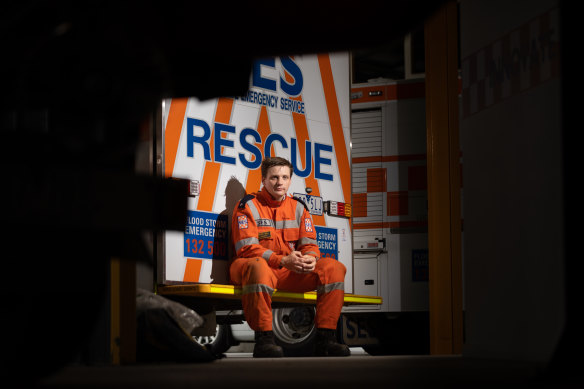 “If we weren’t able to get there as quickly as we did, that could have been an awfully different outcome for that couple.”

Over 15 to 20 hours on Friday, Bell and his team worked with water police to evacuate about 80 to 90 people in Rochester.

“That was trip after trip after trip – no meal breaks or rest breaks,” he said. “It was exhausting and hard work, but that’s what we train for – we are part of our community.”

Bell is just one of many Victorians who have put themselves at risk to help others in the devastating floods in the state’s north.

SES Marong volunteer Sheri Cannon ended up trapped herself after responding to calls for help.

On Friday night, the 33-year-old and two other crew members were called out to help two groups of people stranded in their cars in floodwater.

But as the volunteers worked to rescue them, floodwater suddenly entered the SES vehicle. 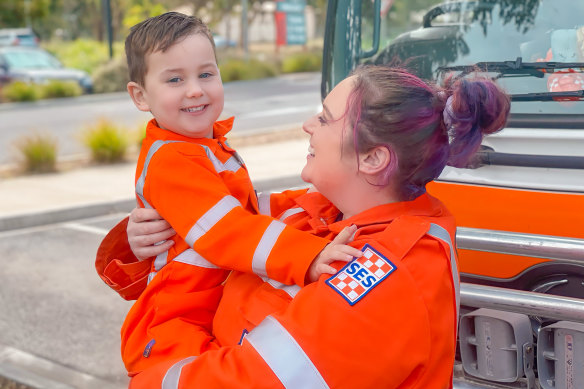 Marong SES volunteer Sheri Cannon, pictured with her four-year-old son, became trapped in her car after responding to an emergency call.

“We couldn’t get out; we were stranded in a limp vehicle. You have to stop and start to rescue these poor unfortunate souls,” she said.

When the team was able to move freely five hours later, they completed the rescue and retrieved another two people on the way back to base. They made it home after a gruelling 17 hours.

Cannon joined the SES about a year ago after her father, Philip, died.

“My dad was part of another unit so I was always going to do it. When he passed away, it gave me the shove I needed,” she said. “I’d like to think he jumps in the truck with us and comes along.” 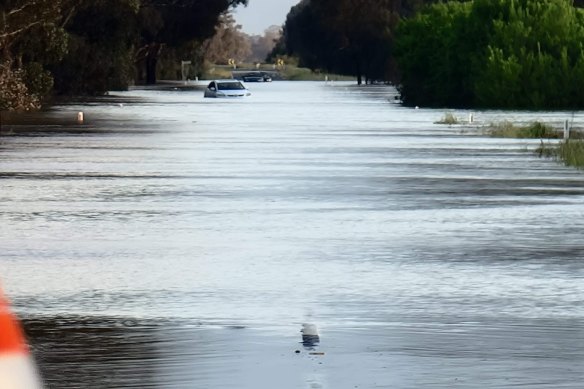 People trapped in their cars in floodwater were rescued by SES Marong.

Avenel’s Country Fire Authority captain, David Keamy, and his crew had to improvise when they turned up to help a family trapped by floods late on Thursday night.

With no rope in their truck and fast-moving floodwater, they needed a way to guide the family to safety.

“We used a 30-metre length of 38mm hose as rope. We tied it onto the handrail of the house and over to a tree and that’s how we assisted in getting the people out,” he said. “You make do with what you’ve got.” 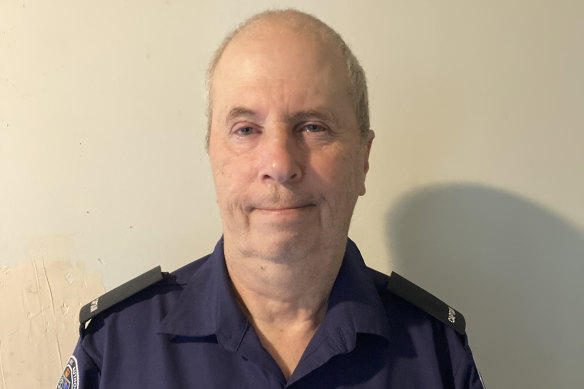 Avenel CFA captain David Keamy had to improvise with a hose when he helped guide a family to safety.

Many students and teachers in Nathalie have lost homes or been unable to travel because of floodwater, but Nathalie Secondary College acting principal Daniel Robinson said he kept the school open for the 30 or so students who have been able to make it in.

Those students have been turning up to help fill sandbags.

Robinson said students got a sense of purpose from helping out.

“I think they can see their actions making a difference … when someone they don’t know comes up and says, ‘you’re doing a great job’, they are just shining. That’s something you just can’t teach.” 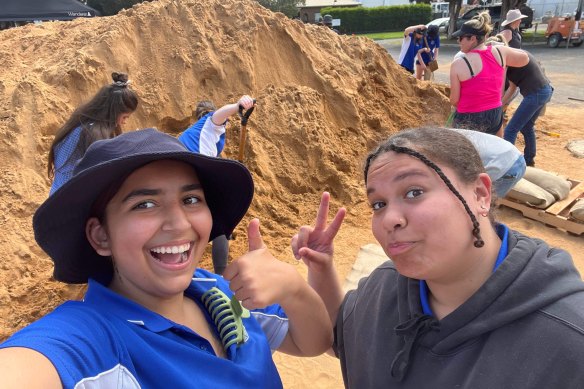 Nathalie Secondary College students have been filling sandbags to help the community.

Further south, Hussam Saraf, a multicultural liaison officer at Shepparton Secondary College and a Red Cross volunteer, has been working to ensure culturally and linguistically diverse communities received the information they needed to evacuate.

Emergency service messages are sent out in English, so Saraf used WhatsApp to communicate in different languages with more than 1500 people in the area.

Ben Rooks has rescued many people from the surf, but now he can add floodwaters to his resume. For the first time, Life Saving Victoria volunteers are on the ground supporting relief efforts in a statewide response.

The 44-year-old Sandhurst man has completed welfare checks on residents and animals and organised medicine, food and water for stranded residents in Rochester, Maribyrnong and Echuca. 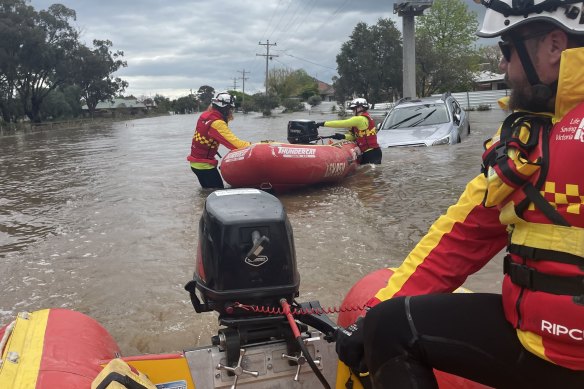 “There’s a bit of humanity attached to all of this – it’s not just meddling with a bit of water,” he said.

On Saturday, LSV took supplies out to people isolated in Rochester and had to carry boats when the water got too shallow.

Rooks said he was amazed by the resilience of the flood-ravaged communities.

One elderly woman LSV rescued had a fall while wadding into the floodwater, but not long after, Rooks saw her sitting on a plastic chair in the flatbed of a tractor, smiling and waving.

“I said: ‘You look like you are on a float at the Moomba parade’,” he said.