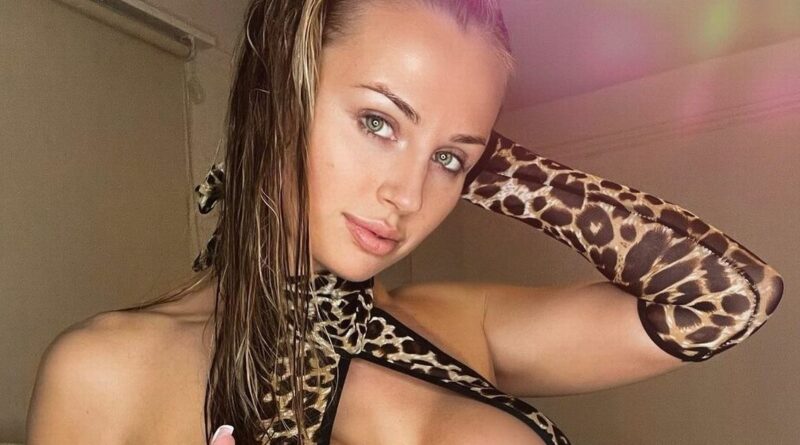 Billie Louise, 27, was braless when she walked onto an bridge on what appears to be a Kent motorway and lifted her top to show her boobs to the drivers.

She first posted the video on Twitter in April, writing: "I had fun today on the bridge and I think the lorry drivers liked it."

The 12-second clip shows the braless model, who has 14,900 followers on the social media platform, skipping up to the safety barrier and, after a quick glance back to the camera, lifting up her top and waving her hands in the air.

The video resurfaced on Saturday (May 14) and has since received backlash.

Another blasted: "Get a life."

The woman, who posts raunchy videos on OnlyFans, an internet content subscription service based in London, had a number of replies to her cheeky tweet.

Billie's rude antics could get her into trouble if she was arrested for indecent exposure with intent to cause harm or distress.

The maximum penalty for the crime could be a two-year imprisonment.

It comes after Extinction Rebellion protester Laura Amherst, who became famous for going topless in climate change protests in London, has become an OnlyFans star.

The mum-of-one told the Daily Star last year that she makes around £10,000 per month from her racy account, and that goes to charity.

She told fans that she's been a break from social media, adding: "I shouldn't be demonised for it [for taking her top off].

"More girls should try it if they feel comfortable doing so. There's no point feeling you're being forced."