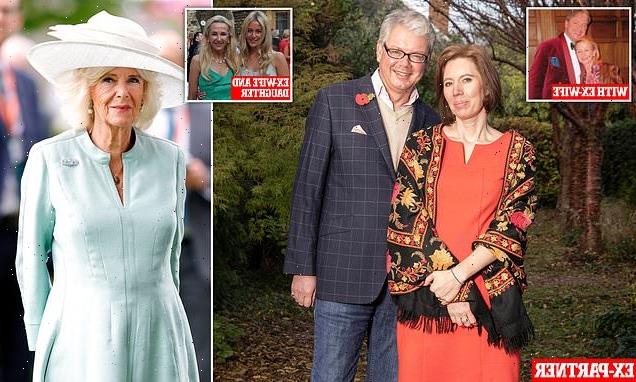 EXCLUSIVE: Opera singer ex-girlfriend of Duchess of Cornwall’s cousin ‘who took his own life in hotel room’ says she has ‘moved on’ after dumping aristocrat earlier this year after they struck up relationship during his eight-year divorce battle

The opera singer former girlfriend of tragic aristocrat Charles Villiers, a distant cousin of the Duchess of Cornwall, says she had ‘moved on’ since dumping him earlier this year.

Mr Villiers, 59, was found dead by a housekeeper in a room at the Durrants Hotel in London’s Marylebone last week. It is believed he had recently been declared bankrupt.

He was embroiled in one of Britain’s longest-running divorce cases which played out in five different courts and before 12 judges.

He spent eight years warring with his estranged wife, Emma, in a legal battle over maintenance payments, hoping, at one stage to marry the then ‘love of his life’, talented mezzosoprano Heidi Innes, 45.

But that relationship also soured, and today Ms Innes told MailOnline: ‘I had a bad experience with Charles. It’s not something I want to dwell on and I moved on.’

Only two years ago, the couple pledged their devotion to each other in a ‘union ceremony’ outside the home they shared in East Lothian, near Edinburgh.

But today, Ms Innes denied reports that it was ever an ‘engagement’, saying: ‘It was a commitment celebration, before his mask fell and I saw I was, like many others, being sucked dry.’ 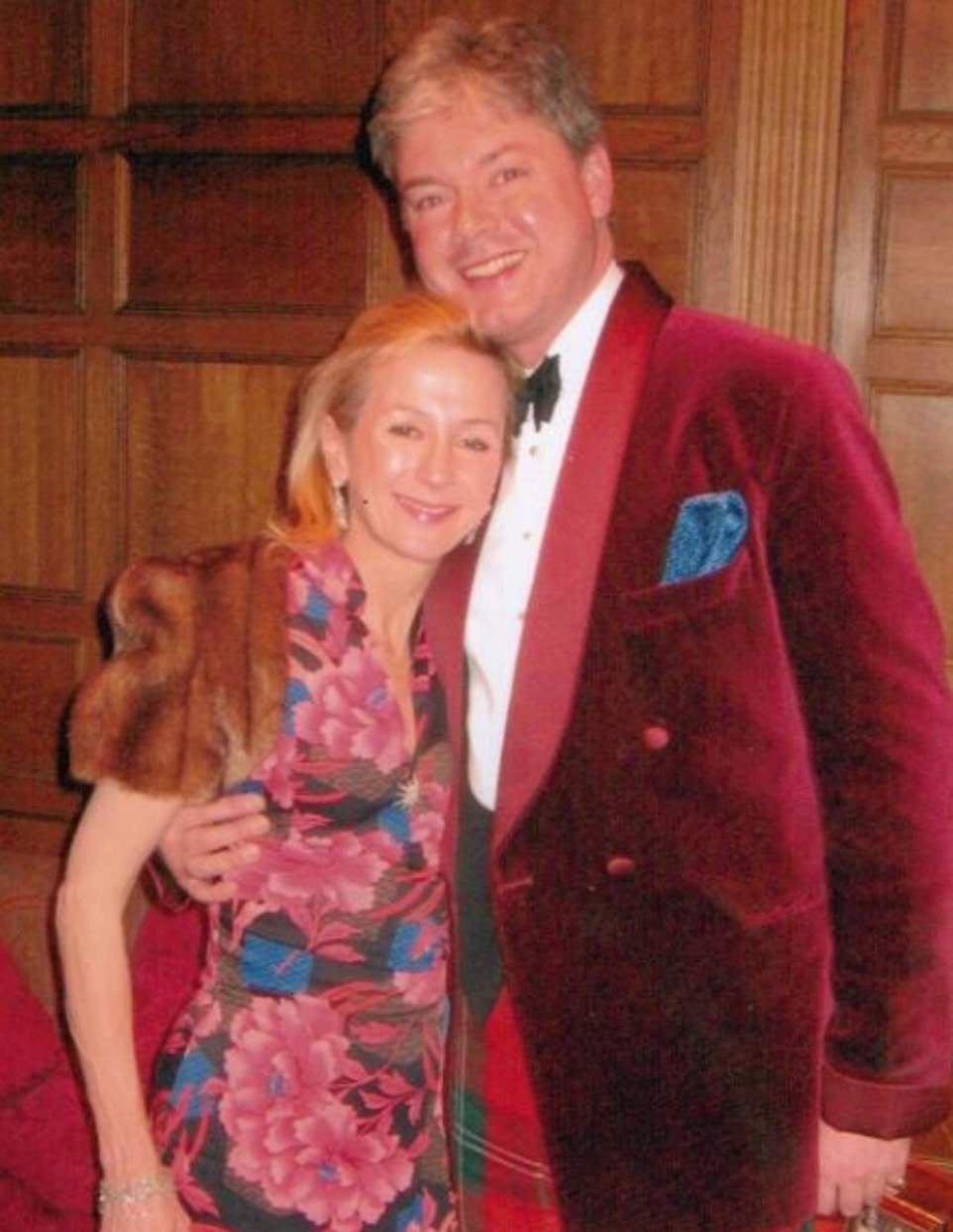 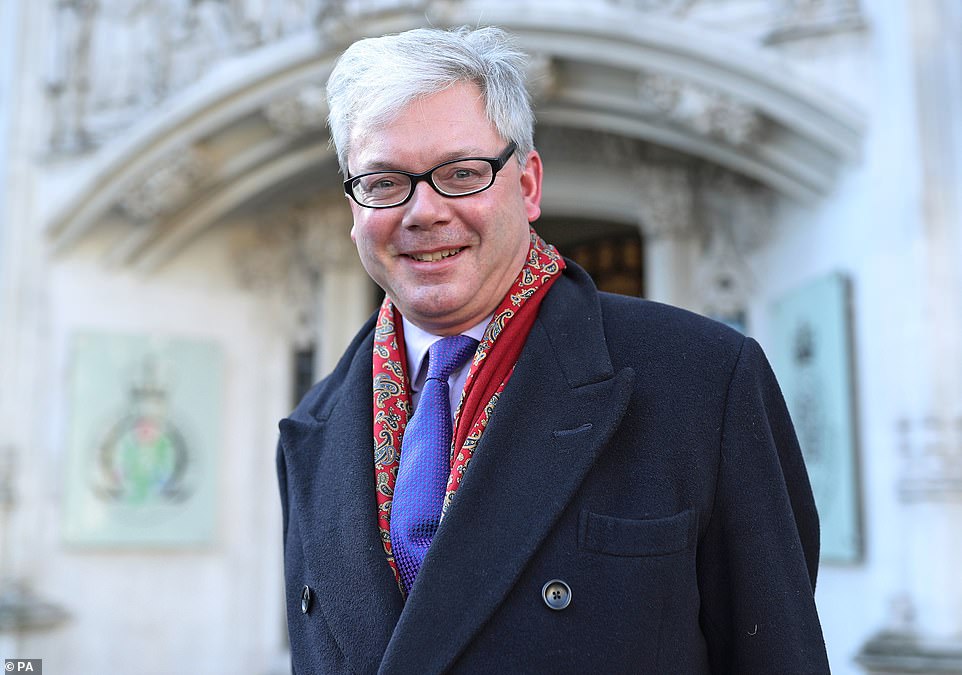 Charles Villiers, a distant relative of the Duchess of Cornwall who was embroiled in one of Britain’s longest-running divorce battles has taken his own life in a London hotel room. He is pictured outside the Supreme Court in London in December 2019 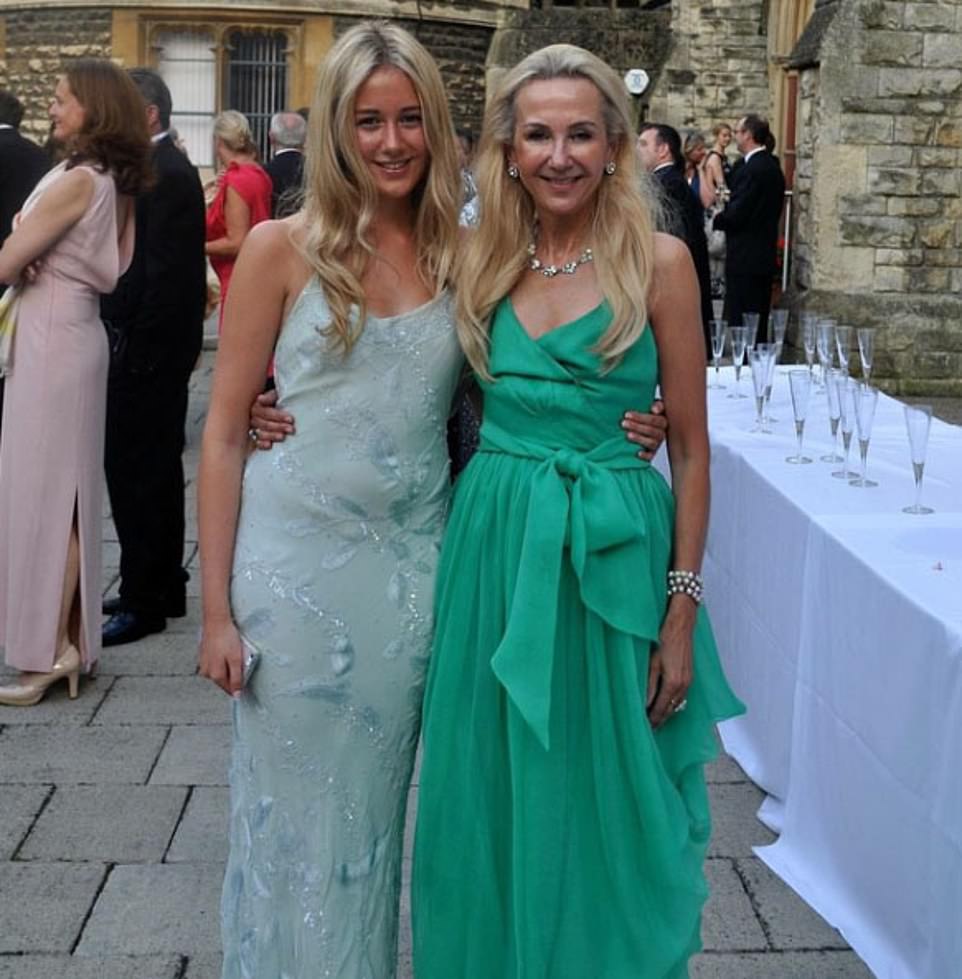 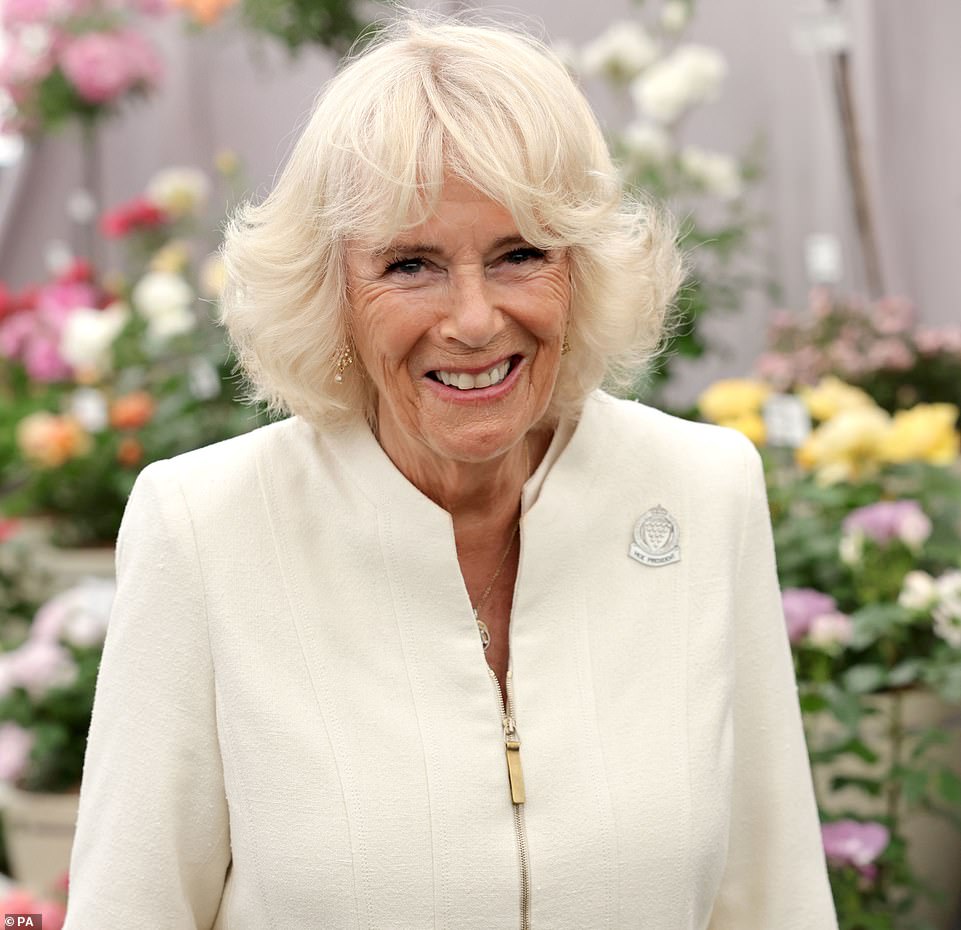 Aristocrat Charles Villiers is the cousin of Camilla, the Duchess of Cornwall (pictured at the Royal Cornwall Show on June 10)

To the casual observer, the occasion bore many of the hallmarks of a wedding, with Ms Innes in a white summer dress as a genteel gathering of friends toasted the happy couple with a two-tier cake embossed with the letters ‘H and C’ and adorned with scented pale roses.

There was even an official name-changing ceremony, with Miss Innes signing and registering her new surname – known in Scotland as a statutory declaration – before witnesses, including Mr Villiers’ cousin, Sir Hew Dalrymple, and long-standing friend and Conservative peer, Lord Jonathan Caine.

Mr Villiers, who first met Miss Innes in Edinburgh in March 2017, had said previously: ‘I feel very fortunate to have met lovely Heidi who is so full of the joy of life. I’m very happy.’

But the fairy-tale was not to last, as Ms Innes told the Mail on Sunday in February, when she said ‘the scales fell from her eyes’ before she ended the relationship.

She added: ‘It’s over for good. I’m glad I didn’t marry him officially. He’s not the man I thought he was all this time. He’s supposed to be a gentleman, but I don’t think he has behaved very well.’

The couple were forced to leave their rented cottage in Tyninghame in November after a tribunal ordered them to pay £18,000 in rent arrears, run up during the Covid-19 pandemic.

Miss Innes laid the blame for the arrears squarely with Mr Villiers, alleging he initially promised to pay the rent, while she covered other bills.

When the owner of the property pursued them for the sum owed last year, Miss Innes used most of her personal savings to repay the debt.

But she said Mr Villiers had promised to pay back his half-share as soon as practical but never paid back a penny.

She said in February: ‘I’ve told him there is no future for us and that the scales have dropped from my eyes. I feel I’ve been used, and I don’t think I will ever see my money again.. I think he has acted like a chancer.’

She added: ‘I know he’s gone through hell with this divorce, and I’ve watched the toll it has taken on him and his finances. However, somewhere deep down inside he feels privileged, and I just think ‘Who the Hell do you think you are?’

She said she had tried to make the relationship work, despite him ‘owing her a large sum of money and constant rowing over his failure to pay her back’.

Following their departure from East Lothian, they moved to Budapest, in Hungary, where she had bought a small flat in 2020 with a view to its becoming a holiday let.

She said: ‘He had nowhere else to go so I agreed that he could come with me to Budapest.

‘I knew I was already feeling by then that I had fallen out of love with him. It was confirmed to me one day when I was walking along a bridge in Budapest with my dog and I caught someone’s eye.

‘He stopped to take photographs and I started chatting and I felt an attraction. I immediately thought ‘oh oh’ and realised that I no longer saw Charles in the same light. I saw him as a much older man and not someone I wanted to spend the rest of my life with.’ 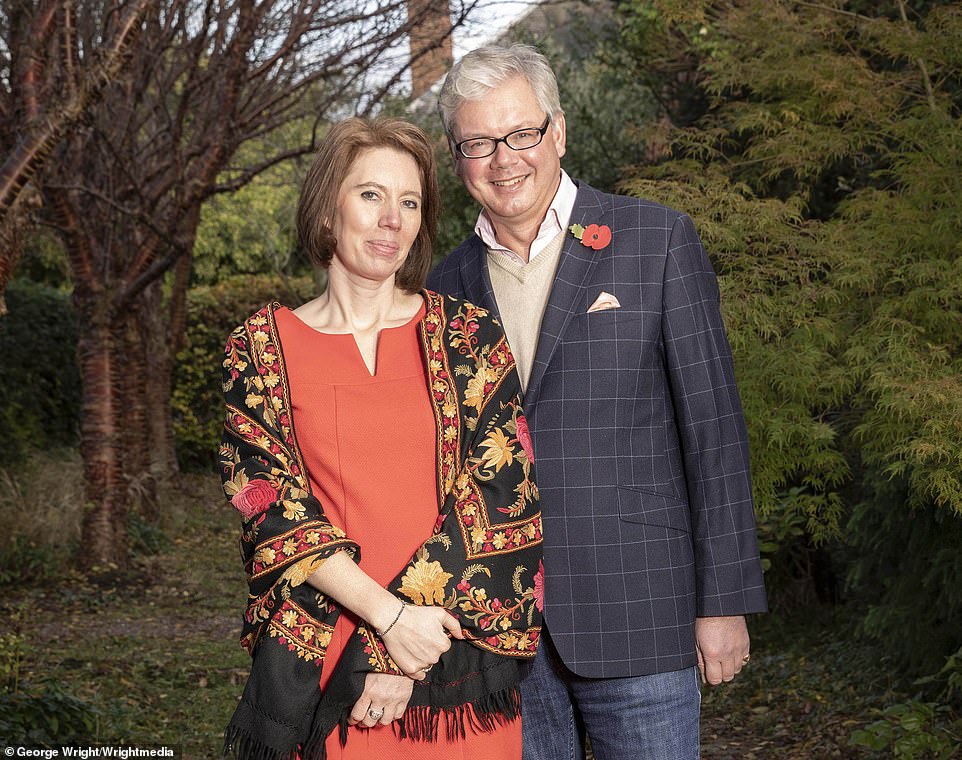 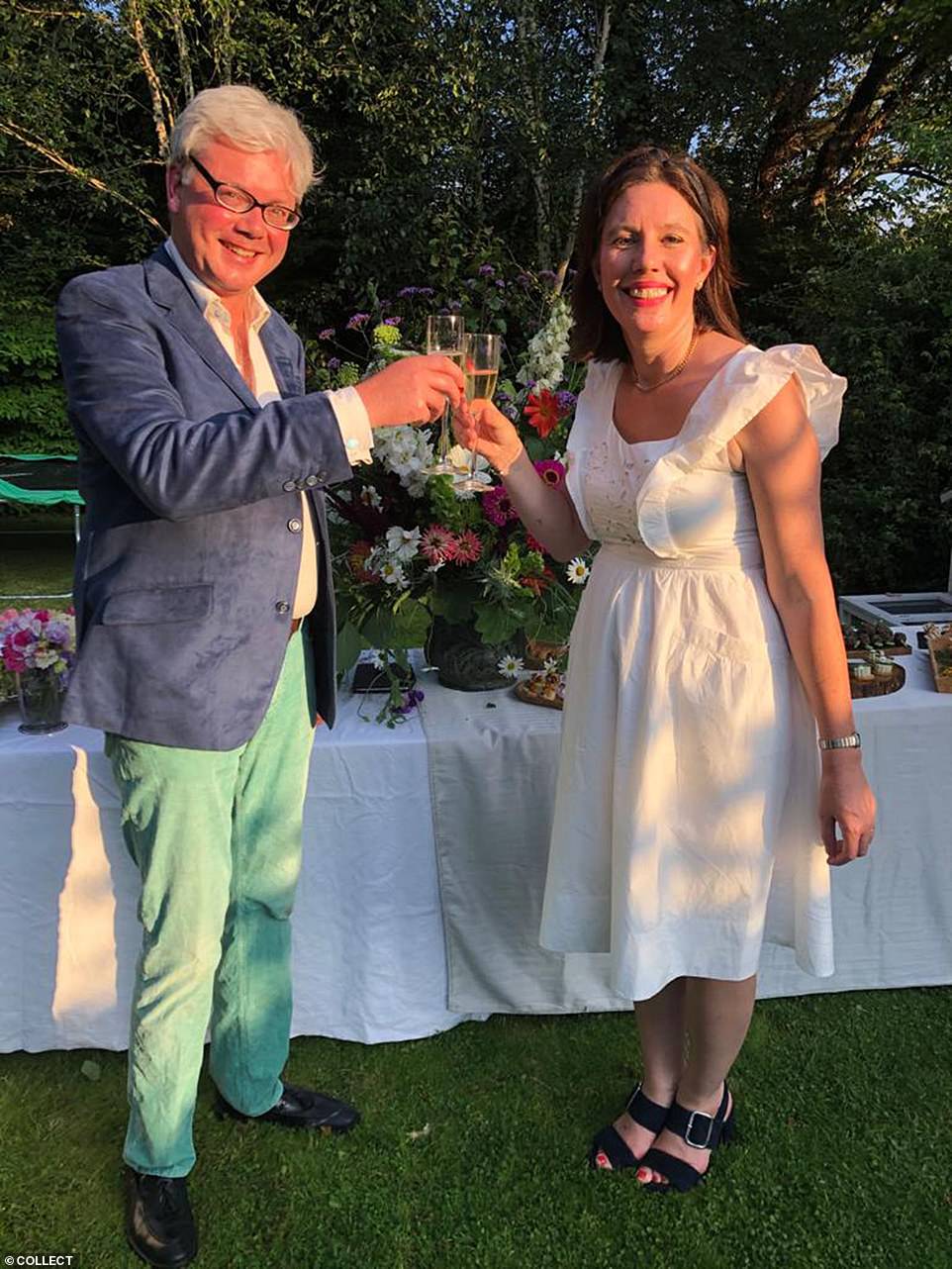 But due to concerns about his mental health, the friend arranged for Mr Villiers to fly back to the UK and visit a clinic.

Instead of going to the clinic, Mr Villiers checked into the Durrants Hotel last Wednesday and took his own life the following day, according to the Times.

Mr Villiers had argued that as he and his estranged wife were divorcing in Scotland and should therefore have financial decisions decided in a Scottish court.

Mr Villiers, who is from Tyninghame, East Lothian, also argued that the pair had lived in Scotland since their marriage in 1994. 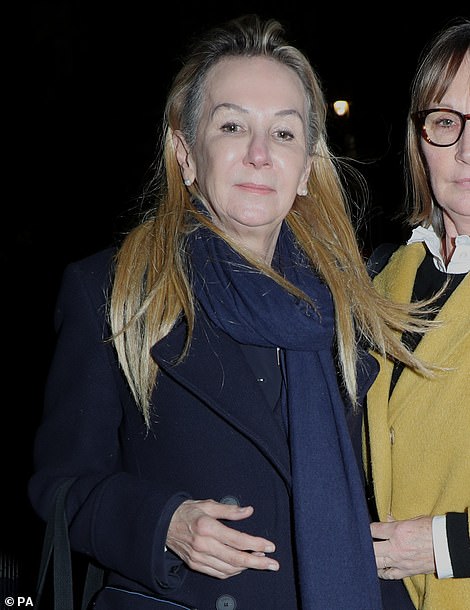 Emma Villiers outside the Supreme Court in London in 2019

In Scotland inherited wealth is not taken into account when dividing assets after a marriage breaks down and maintenance payouts are also generally limited to just three years after a divorce is finalised.

However, Mrs Villiers, moved to England following their separation. In England, divorce laws allow for financial support for the rest of claimant’s lives.

The Supreme Court subsequently ruled that Mrs Villiers, who had demanded a £3.5million settlement from her former husband, could proceed with her application for maintenance in England.

In March 2021, Mr Justice Mostyn, of the High Court’s family division, ruled that Mr Villiers was heavily in debt and should not be required to pay maintenance.

He stated that Mr and Mrs Villiers had been left ‘financially ruined’ by the ‘terrible’ litigation and he suspected both were also ‘psychologically damaged’.

The three judges decided that Mr Justice Mostyn had been wrong to dismiss an application Mrs Villiers made for maintenance.

They had considered arguments at a Court of Appeal hearing in London in January and published a ruling in June this year and reached the ‘clear conclusion’ that it had been wrong to dismiss Mrs Villiers’ application.

Judges have heard how Mr and Mrs Villiers had lived at Milton House, a Georgian manor near Dumbarton, West Dunbartonshire. But the home was repossessed in 2015.

At the most recent court hearing, Mr Justice Mostyn said both Mr and Mrs Villiers had made accusations against the other after ‘love’ turned to ‘hatred’.

The court ordered that Mr Villiers should pay his wife £10,000-a-year in maintenance and had adjourned the case to see if he had benefited from his father’s estate. 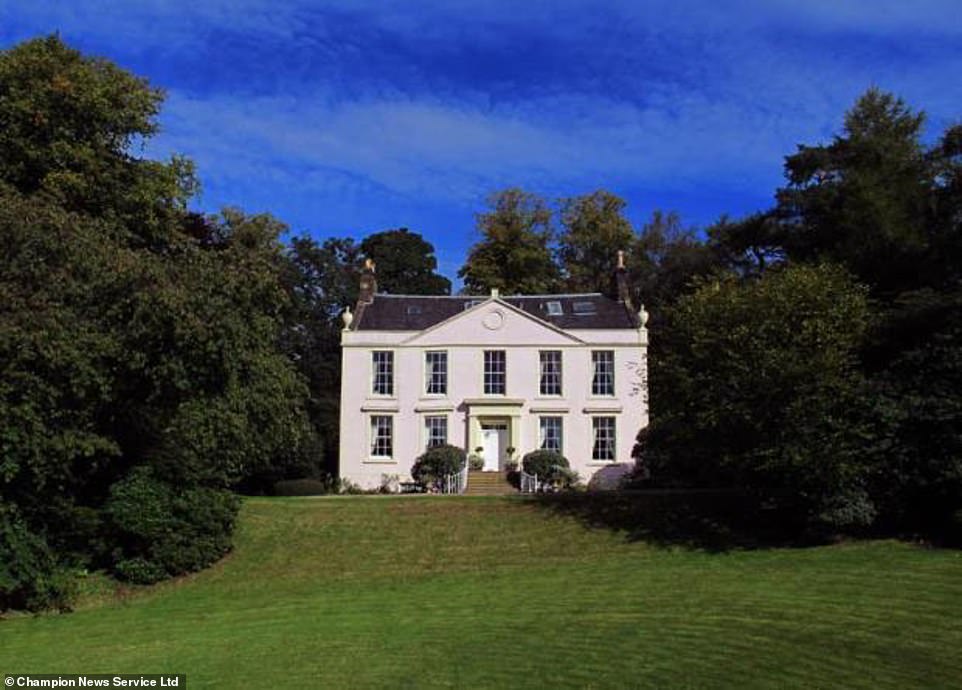 Mr and Mrs Villiers had lived at Milton House, a Georgian manor near Dumbarton, West Dunbartonshire. But the home was repossessed in 2015 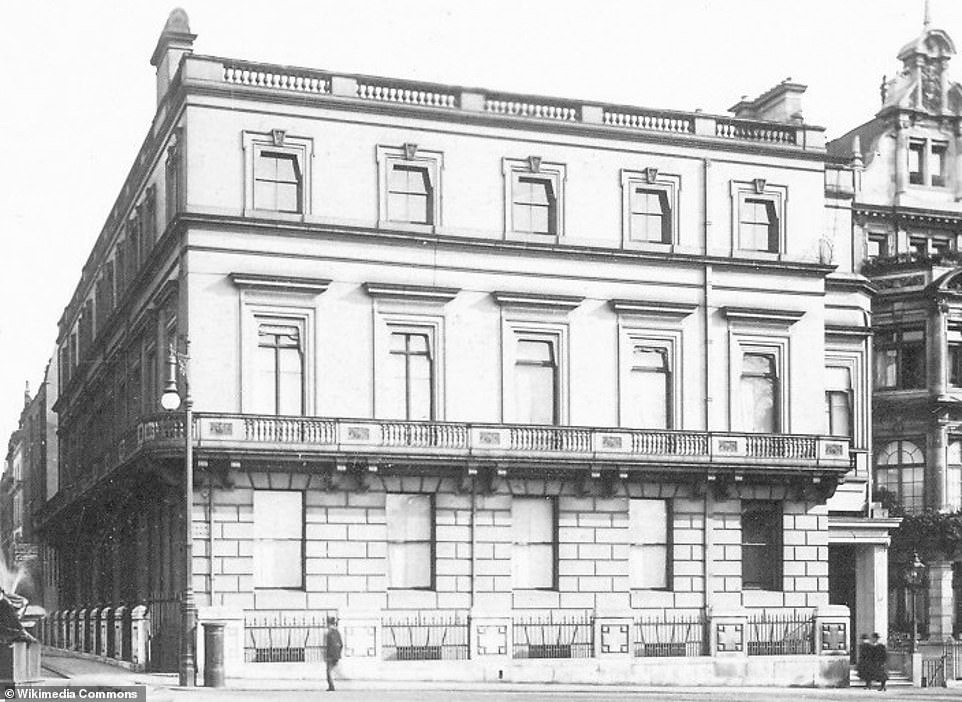 His family home was Londonderry House (pictured), which was demolished in the 1960s to make way for the Londonderry Hotel in London’s Park Lane 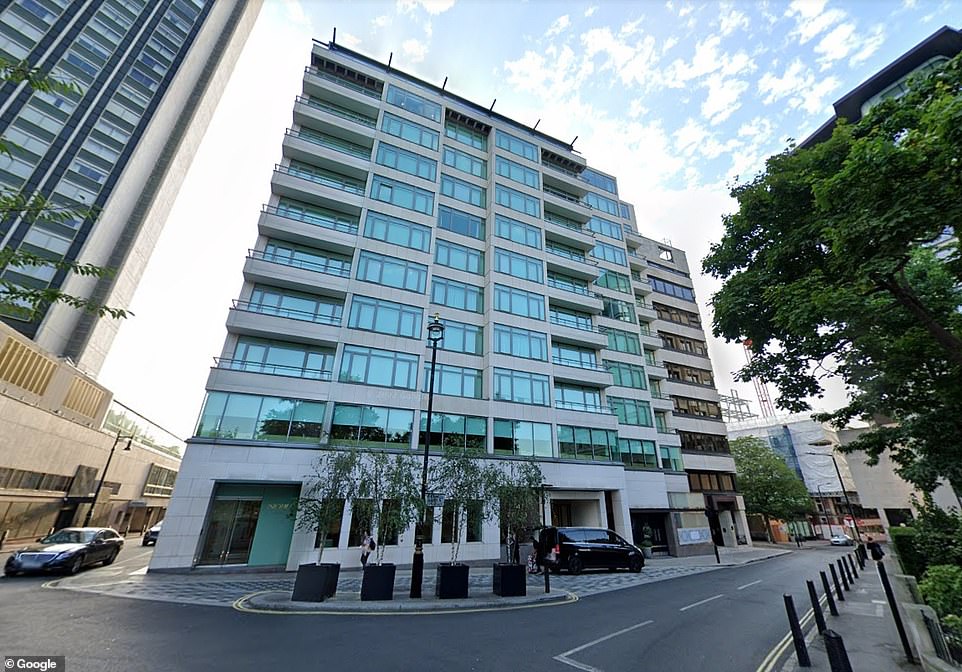 His family home was Londonderry House, which was demolished in the 1960s to make way for the Londonderry Hotel in London’s Park Lane. The site is now occupied by the Como Metropolitan.

Mr Villiers was a racehorse owner and primarily involved in the printing industry. At one point co-owned several local newspapers.

However, after his marriage broke down, Mr Villiers was declared bankrupt. His assets were seized and, although he was discharged from bankruptcy the following year, the family manor was repossessed in 2015.

For confidential support, call the Samaritans on 116123 or visit a local Samaritans branch. See www.samaritans.org for details