Plans to test 10million people a day would result in tens of thousands self-isolating needlessly, experts have warned.

But academics say the plan is ‘fundamentally flawed’ and risky because 10,000 people could get a false positive each day, resulting in ‘unnecessary isolation and hardship’ for them and thousands of contacts.

The comments came in the Journal of the Royal Society of Medicine. 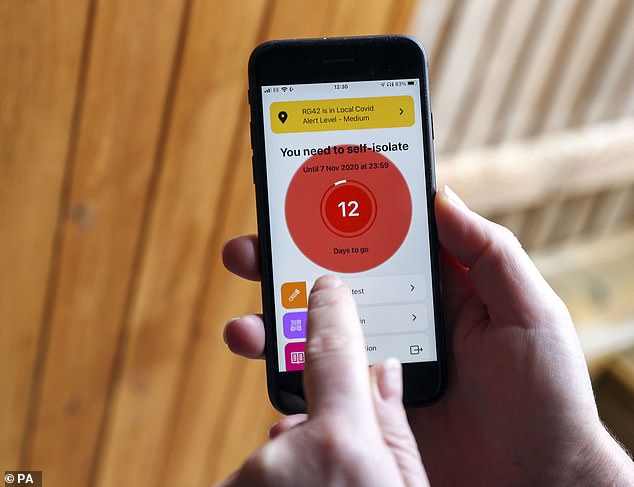 Academics have warned that a new plan to test 10 million people a day could result in tens of thousands of people needlessly having to self-isolate. Pictured: The NHS Test and Trace app [File photo]

And they say Operation Moonshot should not be pursued while there are still major problems with test and trace.

They wrote: ‘In setting up a parallel testing system in the private sector, local public health departments and primary care were separated from the testing system.

‘As a result, the statutory notification system for reporting suspected cases was not followed.

‘This resulted in poor community data which is likely to have delayed outbreak control.’

They criticised the Government for pushing forward with ‘Operation Moonshot’ despite major problems with test and trace. 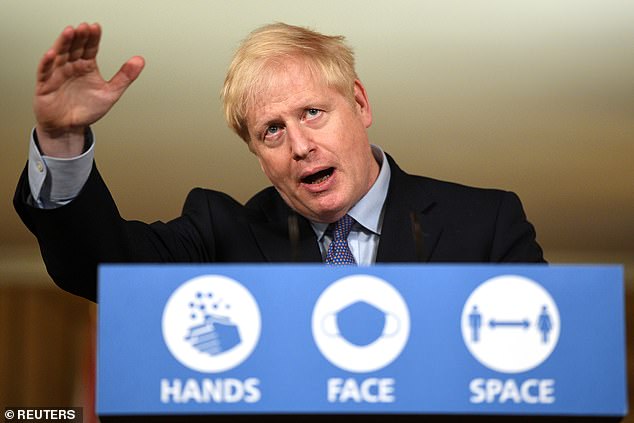 Prime Minister Boris Johnson revealed the ambitious testing target of 10 million people each day as part of a strategy known as ‘Operation Moonshot’, which have criticised, saying the Government should fix problems with the current Test and Trace system first

The latest data from test and trace shows that just one in seven people who get tested at a centre are given results within 24 hours – the lowest level since it began.

The proportion of close contacts reached after someone tested positive has also dropped to 59.6 per cent – despite officials saying 80 per cent was needed for an effective system.

They added: ‘Despite the failings of this largely private, highly centralised NHS Test and Trace system, it has been reported that the government intends to scale up testing to deliver weekly tests for the whole population.

‘Deloitte and a slew of commercial companies are being contracted to deliver them under Operation Moonshot, a plan to ramp up tests to 10 million a day, at a cost of 100 billion pounds – 70 per cent of the annual NHS budget for England.

‘Ten million tests a day will generate 10,000 people testing falsely positive a day and result in unnecessary isolation and hardship for them and their contacts.’

The test and trace system will ‘continue to be ineffective’ if it does not consider local public health and general practice expertise, the researchers added.

They conclude: ‘We call on the Westminster government to end privatisation of testing and to reinstate and invest in NHS primary care, public health, and NHS laboratory services, and redirect the resources from the current private testing programmes back into the local primary care, local NHS labs and local public health sector.’