A 15-month police operation to try to track down a missing bikie gang associate, suspected to have been murdered, has culminated in officers arresting seven people in Melbourne on Thursday morning.

Police have for weeks been scouring Jacksons Creek at Diggers Rest in Melbourne’s north-west, looking for any sign of Kerry Giakoumis’ body – so far, without success. 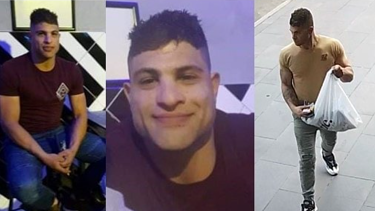 The 29-year-old Adelaide man travelled to Melbourne on June 5 last year with two associates who police believe are members of the Hells Angels outlaw motorcycle gang.

Mr Giakoumis, who was not believed to be a patched member of the club, told his family he intended to work in Melbourne as a concreter. He spoke to his family regularly while in Melbourne and, on June 10, 2020, his mother booked him a flight back to South Australia.

He did not board the flight and contact with his family ceased, so his family reported him missing.

Mr Giakoumis was last seen at the Hells Angels clubhouse on Lipton Drive at Thomastown in the early hours of June 10.

Police said on Thursday morning that they arrested seven people in Melbourne as part of their investigation into Mr Giakoumis’ suspicious disappearance, and all would now be interviewed.

“The Hells Angels is a group well known for significant violent offending and on this occasion, it’s left a family without their beloved son and no answers as to why,” Victoria Police crime command Detective Superintendent Paul O’Halloran said.

“We’ve said previously that investigators are of the strong belief that Kerry has met with foul play and every piece of information we have just supports this.”

Police said detectives believed it was likely “some kind of dispute has taken place” on the night Mr Giakoumis was last seen, June 10, “and that may be connected to other members or associates” of the Hells Angels.

Their arrests came after police executed warrants at residential properties on Thursday morning and, earlier this week, a warrant at the Hells Angels clubhouse at Thomastown.

While they did not arrest anyone at the clubhouse, they seized a number of items there – including weight benches – and they were still being forensically examined.

Detectives urged anyone with information about what happened at the clubhouse in the early hours of June 10, or at any other location – including Jacksons Creek – to contact them.

“Every single new piece of information that comes to us about this investigation – whether this is here in Victoria, in South Australia or elsewhere – will be actively pursued,” Superintendent O’Halloran said.

“There will be people out there who have information about what happened to Kerry and who is responsible, and again I am appealing for those people to come forward and speak to police.

“I also believe there are likely to be people out there who don’t agree with what has happened to Kerry, and that it went too far. This is your chance to tell us your version of events.”

Anyone with information about Kerry Giakoumis’ disappearance is urged to contact Crime Stoppers on 1800 333 000 or submit a confidential online report at www.crimestoppersvic.com.au.