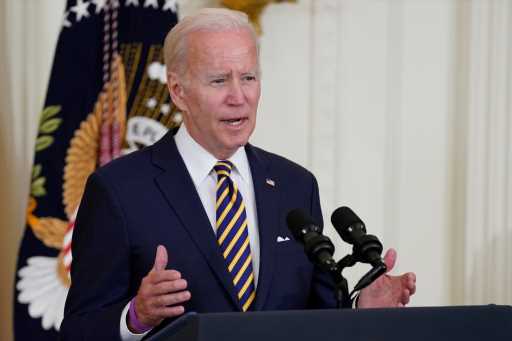 Are you missing out on the student loan forgiveness gravy train? Don’t despair; instead, rejoice that after decades of bailouts for corporations, handouts for multi-millionaires, and sweetheart deals for the oil and gas industry, the everyday American is getting this particular wad of cash.

President Joe Biden announced Wednesday that those who make less than $125,000 a year would be eligible to have up to $10,000 in student loans forgiven, and those who qualified for Pell Grants could receive up to $20,000 of loan forgiveness.

Government is in the business of picking winners and losers. We can dislike it and aim for reform, but just so we are clear, ever since the 2008 recession pushed politicians to talk incessantly about job creation, our federal, state, and local governments have been dolling out our tax dollars to benefit private enterprises at a startling rate.

So, how should Americans feel about Biden using their tax dollars to forgive students’ loans if they never went to college, paid cash for college or worked hard to pay off their student loans before Biden’s August 24 announcement?

I get that it feels unfair.

Both my husband and I grew up in upper-middle-class families that were able to put us through college debt-free. Because we had no college debt when we graduated in 2008 and 2009 (respectively), we were able to buy a house in the depressed market of 2010 and get the $10,000 First Time Homebuyers government subsidy. In retrospect, that was really unfair, and I hope my fellow Americans don’t hold it against me.

My parents, through their generosity and hard work, were able to ensure my three sisters and I left college without an albatross around our necks; meanwhile, other students had parents, high school and college counselors, and sometimes private loan sharks advising them that student loans were “good debt.” Many students were not provided with a cost-benefit analysis based on the value of a degree compared to its cost (including the devastating impacts of compounding interest). And the cost, even without interest, of public universities has skyrocketed. Universities built luxury dorms and state-of-the-art recreation centers and increased tuition at rates far exceeding inflation.

Eighteen-year-olds are ill-equipped to make the life-altering decision to take on thousands of dollars of debt and put their own earnings on hold, all for the promise that it will lead to higher earnings in the future. The adults in these students’ lives failed them if that calculation was off, and unlike other financial mistakes, there is no ability to file bankruptcy and wipe it all clean.

When the banks in 2008 suffered the consequences of betting big on bad mortgages (the equivalent of betting big on a college degree that went south), the federal government bailed them out. Yes, the justification for the bailouts was sound. We all benefit (and require) sound financial institutions, and the prevented great depression was worth the bitter taste it left in our mouths.

But the taste of bailing out 18-year-olds for their bad choices should be much less bitter. In fact, I would argue that in the face of government corruption that so often has dollars flowing to the top, this should feel pretty sweet.

And Biden showed restraint in his policy. He is not bailing out the wealthiest Americans whose financial bet on a college degree paid off – those who are now making more than $125,000 a year.

He is bailing out those whose degrees have not paid off; either because the individual didn’t complete a four-year degree or because, for whatever reason, their salary after college is less than or slightly more than the 2020 median household income for individuals with bachelor’s degrees or higher — $106,936.

And this is a moment for me to engage in some bedrock personal finance advice — there is no such thing as “good debt.” Whether it’s student loans, car loans, or home loans, the best policy is always to keep your debt as low as possible and then make sure your payments are healthy (principal payments are equal to or greater than interest payments). This is not always possible. Of course, cars break down, saving money is impossible if you’re living on a shoestring, and with home prices as insane as they are, a 20% down payment in Denver is far out of reach for so many people.

But do you know what will make saving for a downpayment easier for those making the median salary of about $70,000 in Denver? Having $10,000 to $20,000 in student loans forgiven.

Is it unfair? Yes. Is it good public policy? Absolutely.

Megan Schrader is the editor of The Denver Post opinion pages. She grew up in Grand Junction and got a degree in journalism from the University of Missouri. She lives in Denver with her husband and two children.