Oscar-winner Kate Winslet is regarded as one of Hollywood’s most elegant adornments, never failing to display her old-school glamour on the red carpet.

Now the 42-year-old, admits she’s concerned women reveal too much flesh in a bid for attention.

‘There’s something sort of uncomfortable to me about seeing women who are clearly presenting themselves in a way that’s designed to make people stare, but not for the right reasons,’ warns Winslet.

‘When I walk into a room, I hope to have interesting conversations with people; I’m not interested in whether people look at me or not. In fact, quite the opposite.’

The Berkshire-born mother of three, who shot to fame in Titanic with Leonardo DiCaprio in 1997, admits her attitude to wardrobe choices is largely influenced by her late mother Sally, who died from liver cancer last year. 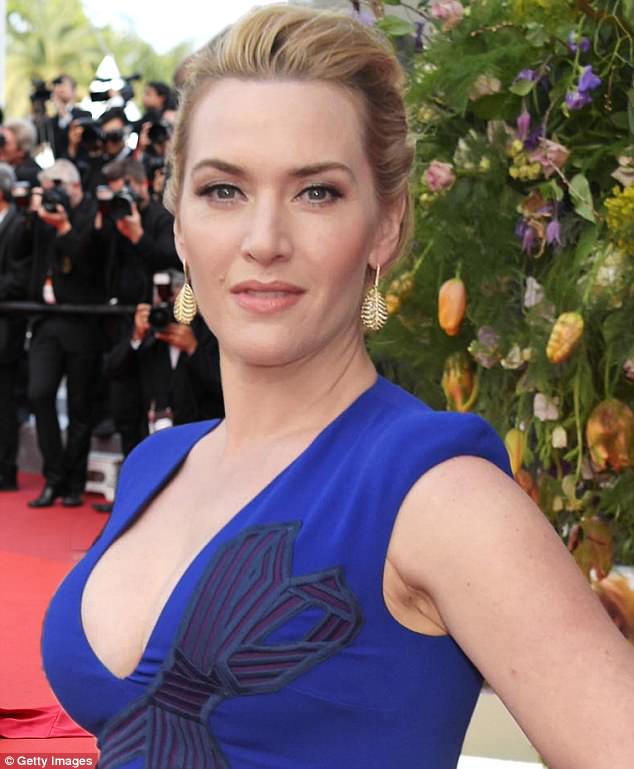 Oscar-winner Kate Winslet (pictured) is regarded as one of Hollywood’s most elegant adornments, never failing to display her old-school glamour on the red carpet, writes Sebastian Shakespeare

‘If I have to come to an event, it’s always nice to feel a bit pulled together, but nothing that draws too much attention.

Even when I became the me post-Titanic, she would still say, ‘Please, darling, don’t wear anything that draws too much attention.’

Her comments come in the wake of the backlash against sexism following the Harvey Weinstein scandal.

Winslet made her first film, Heavenly Creatures, for Weinstein’s Miramax Films and she has described how the disgraced producer brought it up every time she saw him. 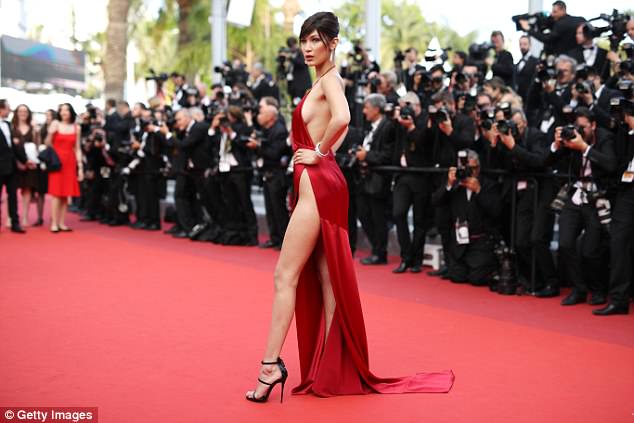 Now the 42-year-old Titanic star, admits she’s concerned women reveal too much flesh on the red carpet in a bid for attention. Pictured: Bella Hadid in a revealing dress at Cannes 2016

‘For my whole career, Harvey Weinstein, whenever I’ve bumped into him, he’d grab my arm and say, ‘Don’t forget who gave you your first movie.’ Like I owe him everything.’

Kate also worked with his Weinstein Company in 2008 on The Reader — and pointedly refused to thank the producer when she picked up an Oscar the following year for her role.

‘The fact I’m never going to have to deal with Harvey Weinstein again as long as I live is one of the best things that’s ever happened — and I’m sure the feeling is universal,’ she said last year.

Chefs take note: if Mary Berry pops into your restaurant, be careful not to share all of your kitchen secrets.

Dining at Luscombes at The Golden Ball in Henley-on-Thames, the former Great British Bake Off judge was taken by one particular dish.

‘So the chef came and told me how he did it. And I put it in my next recipe book!’ 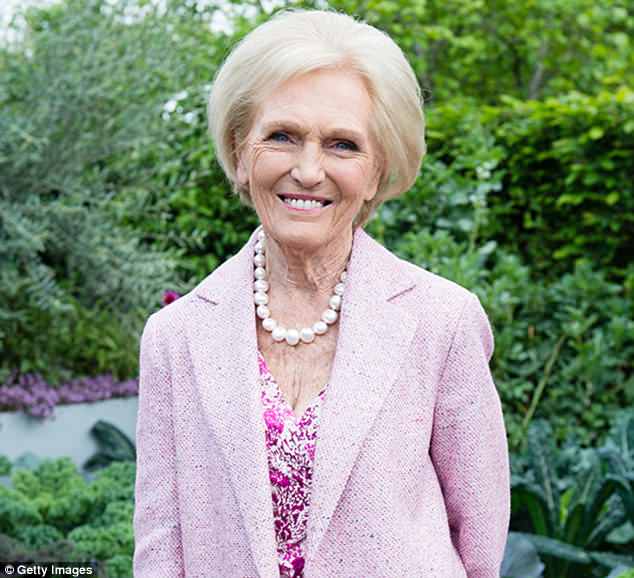 Chefs take note: if Mary Berry (pictured) pops into your restaurant, be careful not to share all of your kitchen secrets, writes Sebastian Shakespeare

Perky Australian pop star Kylie Minogue couldn’t have been chirpier when she visited the Apple Music store in California yesterday.

However, she is the first to admit that her chipper exterior conceals a more troubled soul.

‘I don’t know where the clown side of me came from,’ she says.

‘A friend calls me an amusement park. He’s like, ‘Uh-oh, it’s open, every ride’s open, here we go, she’s off.’ But when the park is closed, there’s nothing.’

Let’s hope she is not having an existential crisis ahead of her 50th birthday later this month. 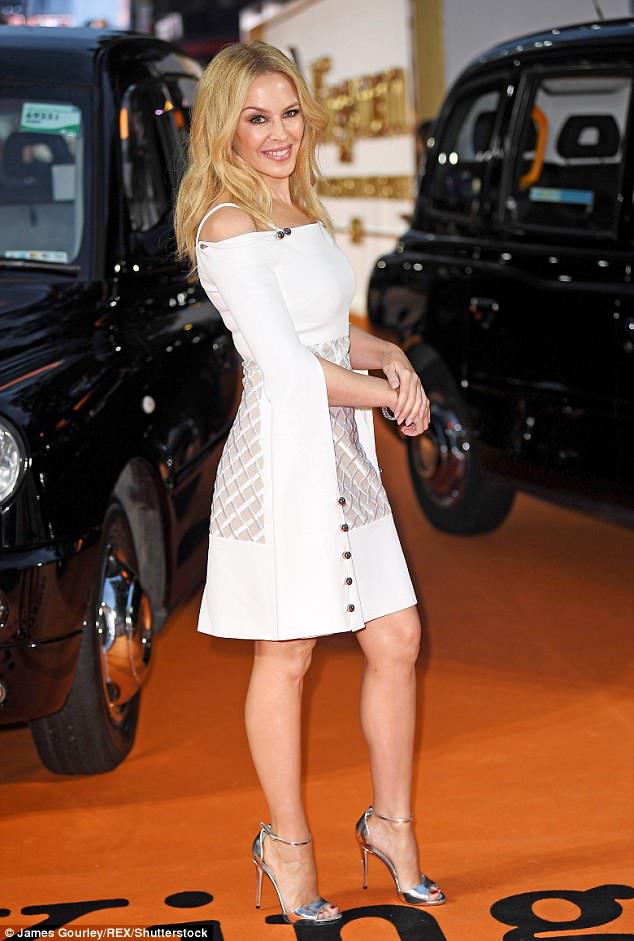