Home » World News » Our anger is focused on vaccination, but is it fed by a dangerous mythology? 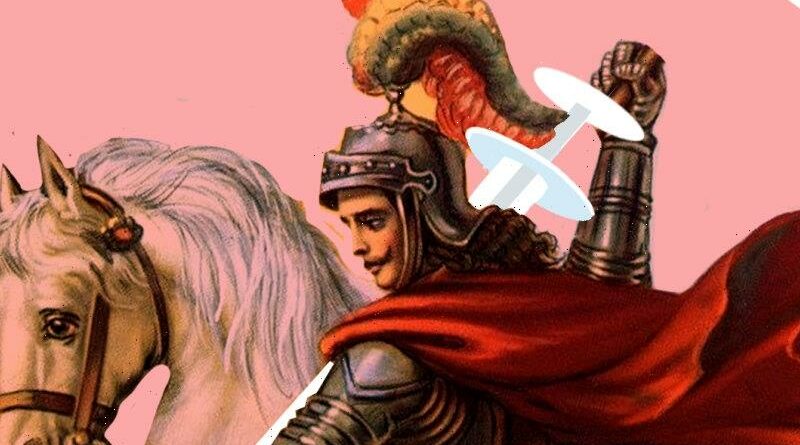 Perhaps the easiest way to gauge Australia’s rising COVID frustration is to see how many of the federal government’s own rules it is currently breaking.

Having once decried lockdowns as a tool of the incompetent, it now insists they are the only way of suppressing outbreaks. 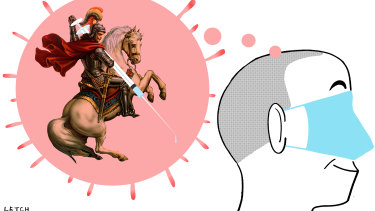 Having only recently resisted providing financial support to locked-down populations on the grounds this incentivises unnecessary lockdowns, it’s now spraying money at them roughly on par with JobKeeper.

And a government that, shall we say, apologises sparingly, found its way to saying “sorry” for the failures of the vaccine rollout.

It would be too cynical to say this is entirely political. The boosted lockdown payments, for example, are probably essential in any attempt to stave off a second COVID recession as our biggest city sinks further into an indeterminate lockdown.

But it is equally obvious that this is a government trying to placate an electorate that is shifting against it.

On that score, the vaccine rollout admission provides the clearest example. The government tried to avoid apologising by playing with language: first accepting “responsibility” for what had gone wrong, before very quickly realising that was going badly, and capitulating.

But it’s worth noting that the apology changes nothing material. It isn’t a policy. It doesn’t speed up the rollout. It’s a symbolic act of submission to popular anger. Governments only do that when they register the anger is real.

That anger is worth thinking about. The fact that it seems so laser-focused on the vaccine rollout is telling because it suggests two things: 1) that Australians (especially Sydneysiders) largely blame this for the fact they are experiencing lockdowns; and 2) that we imagine a world where vaccination will bring the pandemic to a close.

And I have to confess this worries me because neither of these things is likely to be true. And if our anger is based on false expectations, it’s going to destroy us when those expectations are inevitably dashed.

There’s no doubt our under-vaccination has made our current outbreaks worse than they might have been.

But take Singapore, which is similar to us in not manufacturing the Pfizer vaccine, and not having special access to it by being a part of the EU or sharing a border with the US.

Its vaccine rollout has been admirable: far better than ours and probably at the limits of what we reasonably could have achieved amid global shortages. About 73 per cent of Singaporeans have received a shot. About 46 per cent have received two. And they’re in yet another lockdown. This time for at least a month.

At what point will that be a thing of the past? No one really seems to know. Britain is rolling the dice by radically removing restrictions with more than 70 per cent of its adults fully vaccinated. But that only equates to a little over half the total population once you factor in children.

For context, this week, the Grattan Institute released modelling saying we’d likely need a vaccination rate of around 80 per cent of the total population to do something similar. So, even Britain’s celebrated rollout falls miles short — about 25 per cent. And will we ever get there? Just over 20 per cent of Australians remain hesitant to get the vaccine.

That could change — indeed it is falling as a result of the current outbreaks — given children under 12 currently cannot receive the vaccine, we’d probably need that to get frighteningly close to zero. And while it might be tempting to say, in the Victorian premier’s phrase that “we wouldn’t be having lockdowns to protect people who weren’t prepared to protect themselves”, this ignores that a good number of the unvaccinated will likely be children.

Already, the Delta variant is challenging the assumption that young people are safe from COVID. Can we be sure we wouldn’t lock down to protect them?

Meanwhile, continued transmission among the unvaccinated will almost certainly deliver more variants. That’s a significant enough risk in well-vaccinated countries if they don’t get to herd immunity.

But also, because wealthier nations are frankly doing a terrible job of sharing their vaccines with developing nations (most of Africa is less than 2 per cent vaccinated), there are plenty of unvaccinated people available. We can expect variants only to become more infectious and therefore quicker since that’s what evolution demands for the virus’ survival.

There’s every chance a strain eventually finds its way around our vaccines. Then we’re back to redesigning those vaccines and rolling them out.

Sure, that may not happen. Perhaps Britain’s experience will be a triumph and we’ll all follow its lead at lower vaccination rates. Perhaps the virus will quickly evolve into something far less deadly.

I will admit that everything I’m hearing from experts makes that seem unlikely, but I’m certainly not making predictions here. I am, however, asking us to consider plausible scenarios. It’s an important exercise because we’re already paying the price for failing to do that. NSW is in a lengthy lockdown because it thought itself so uniquely capable of controlling such outbreaks.

The federal government’s strange laziness on finding alternatives to hotel quarantine has delivered increasing virus leakages into the community. Its assumption the worst was behind us meant it was slow to recognise the need for a proper financial support package.

And we, as citizens, feel a general impatience and anger because deep down we assumed we’d beaten this. In each case, there’s a false mythology at play.

Perhaps the biggest is the apparent assumption that COVID was a 2020 thing. We seem affronted and unprepared for its return, which, if we were honest and paying attention, was always wholly plausible.

So sure, let us interrogate the failures of our vaccine rollout. Vaccination is, after all, the most potent weapon we have.

But if, in making the slow rollout such a singular focus of our anger, we assume it’s the singular cause of our predicament, then we will inevitably assume it should deliver our singular solution.

Beneath the anger, then, lies a comforting assumption that might be yet another myth. And what if, having laboured under that myth, it eventually comes to pass that the rollout is done but our problems are not? My fear is that having discovered our shortcut is a mirage, we might fall apart completely.

Waleed Aly is a regular columnist.