Victorian firefighters will be forced to use mobile phones and radios for up to four days after their dispatch system suffered a mystery outage.

Fire Rescue Victoria acting Commissioner Gavin Freeman said the disruption was first noticed between 3 and 4am on Thursday. 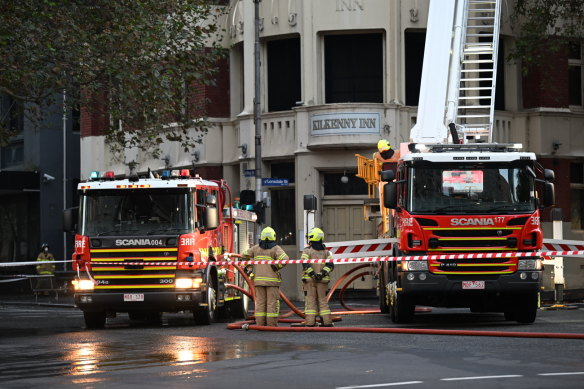 Firefighters at the scene of a fire in Melbourne in May, 2022.Credit:Joe Armao

However, he would not rule out the possibility of a cyberattack on the system.

“Look at the early stage of investigation, what we do know is that our system has been compromised,” Freeman said at a press conference on Thursday afternoon.

“We’ve called in assistance from the wider government and federal government to try and ascertain what exactly it is, but we’ll continue to make sure that we investigate what’s caused it and we’ll put everything in place to mitigate it and ensure that doesn’t happen again,” he said.

The outage meant firefighters had to resort to a manual dispatch system which relies on radios and even mobile phones.

“But we’re planning probably for the next three or four days to be running in that manual system.

“If we can resolve things sooner, that will be great, but we’re not going to turn it back on until we’re definitely sure what has caused this outage,” Freeman said.