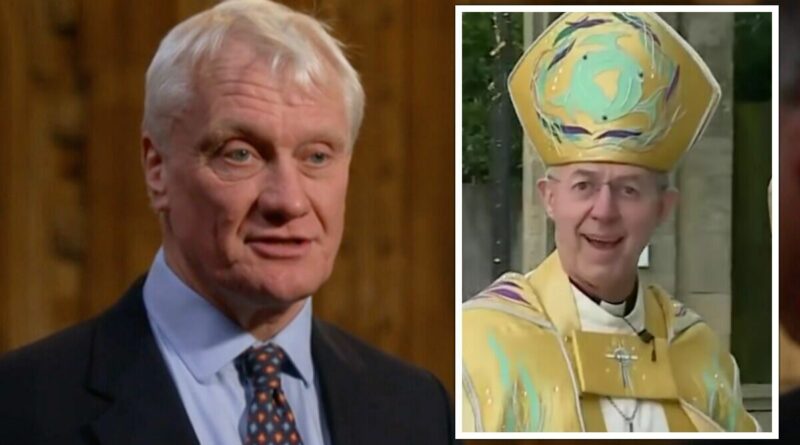 Following the Archbishop’s criticism of Boris Johnson and Home Secretary Priti Patel’s Rwanda asylum plan, Conservative MP Graham Stuart said the Archbishop “was out of touch with the British people”. Mr Stuart insisted Justin Welby had turned political and “used his Easter sermon to attack the Government” for its policies.

Speaking at BBC Newsnight, Mr Stuart said: “Well the Archbishop took his one big moment of the year, his Easter sermon and did not use that to criticise the appalling invasion of Ukraine.

“I think he went with both feet into politics.”

He then continued: “And as benefits someone who is good at theology but not very good at politics, I think he got it wrong.

“He was out of touch with the British people.

“And the Prime Minister was quite right to upbraid him for it.”

During Easter sermon, Archbishop of Canterbury Justin Welby claimed that the asylum plan, which would see asylum seekers arriving in the UK without proper permission being relocated to Rwanda to apply to settle, as “opposite the nature of God”.

The Archbishop also added: “The scheme cannot stand the judgement of God”.

In light of the Criticisms from the Archbishop, the Home Secretary reiterated the efficiency of the plan and claimed that the government’s scheme is “bold and innovative”.

“[The scheme] would put an end to the deadly trade of people smuggling and allow people feeling persecution to reach safety”, Ms Patel added in defence of the asylum plan.

She also said: “Rwanda ranks as one of the world’s safest countries” and has already accommodated more than 130,000 asylum seekers from multiple countries.

Besides the Archbishop, the new Government’s plan has received criticism also from former Prime Minister Theresa May, who questioned its “legality, practicality and efficiency” while speaking in the Commons last Tuesday.

The plan to fly those who arrive in the UK without proper permission to Rwanda “could lead to an increase in the trafficking of women and children”, said Ms May.

Alongside Ms May, also Labour leader Keir Starmer questioned the efficiency of the scheme, and openly defined it as “unworkable”.

Also, Liberal Democrats also oppose the scheme, and said the government was “slamming the door in the face of refugees”.