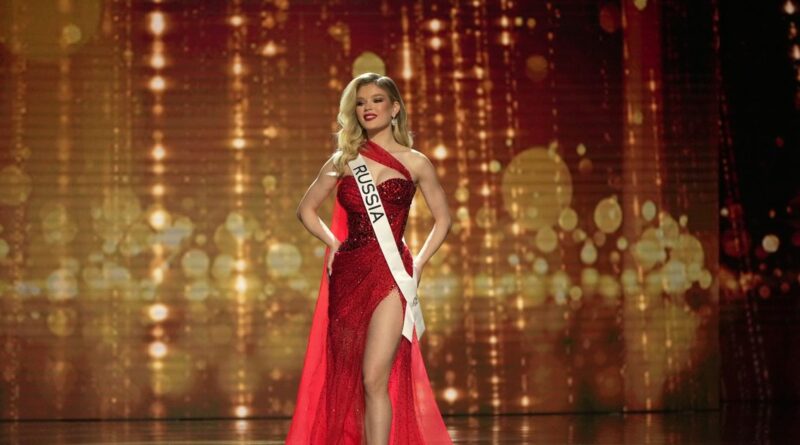 Miss Russia has caused a stir as outraged Twitter users moaned that the Russian national has been chowing down on oysters and splurging on a lavish shopping spree.

Anna Linnikova's luxury lifestyle was slammed by enraged social media users who compared the juxtaposition of her lavish lifestyle to Ukrainians dying at the hands of the model's compatriots.

Her delicate meal of oysters and her shopping spree, which included buying a new iPhone and some fancy shoes, did not impress hordes of online commenters.

One Ukrainian author mocked the Miss Russia stunning and said it "must be nice" to live in the lap of luxury while Ukrainians are being killed.

Taking to Twitter, Tetyana Denford wrote: "While Ukrainians are dying underneath the rubble of missile strikes, Miss Rxssia is having a great time shopping, eating oysters, and using her new iPhone 14 to ignore that her country is committing genocide. Must be nice."

Miss Russia 2022 found herself under fire from commentators on Twitter, with one user suggesting Russia should not be allowed to compete in beauty pageants.

They wrote: "It's disgusting Russia is allowed to compete. Why is this different to the football in this respect?"

Images of the Russian model's Instagram were posted alongside the fuming original tweet, showing off her lavish lifestyle.

Linnikova was seen to be enjoying some oysters are Peche Seafood Grill, buying up some Jimmy Choo shoes in a story she labelled "shopping time" and picking up a new iPhone 14.

One user went as far as to label the model "Miss Genocide", adding that she was "giving the Universe the bird".

Another furious Twitter user added: "Nice to see her showing off the things she can't buy in her own country cause of its genocide and war against Ukraine.

"A nice little reminder to her fans in Russia they can't have these things."