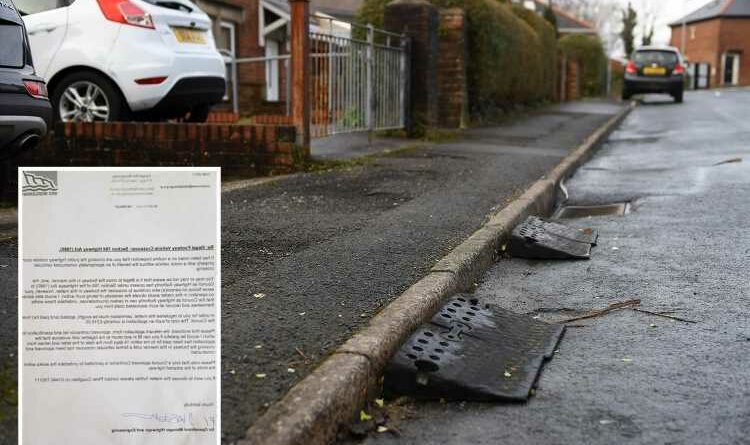 OUTRAGED families are being charged £215 for "permission" to drive across the pavement to their own homes by council chiefs.

Baffled residents in Barry, Wales, have been infuriated after receiving a "threatening" letter stating it's ILLEGAL to cross the kerb in their cars. 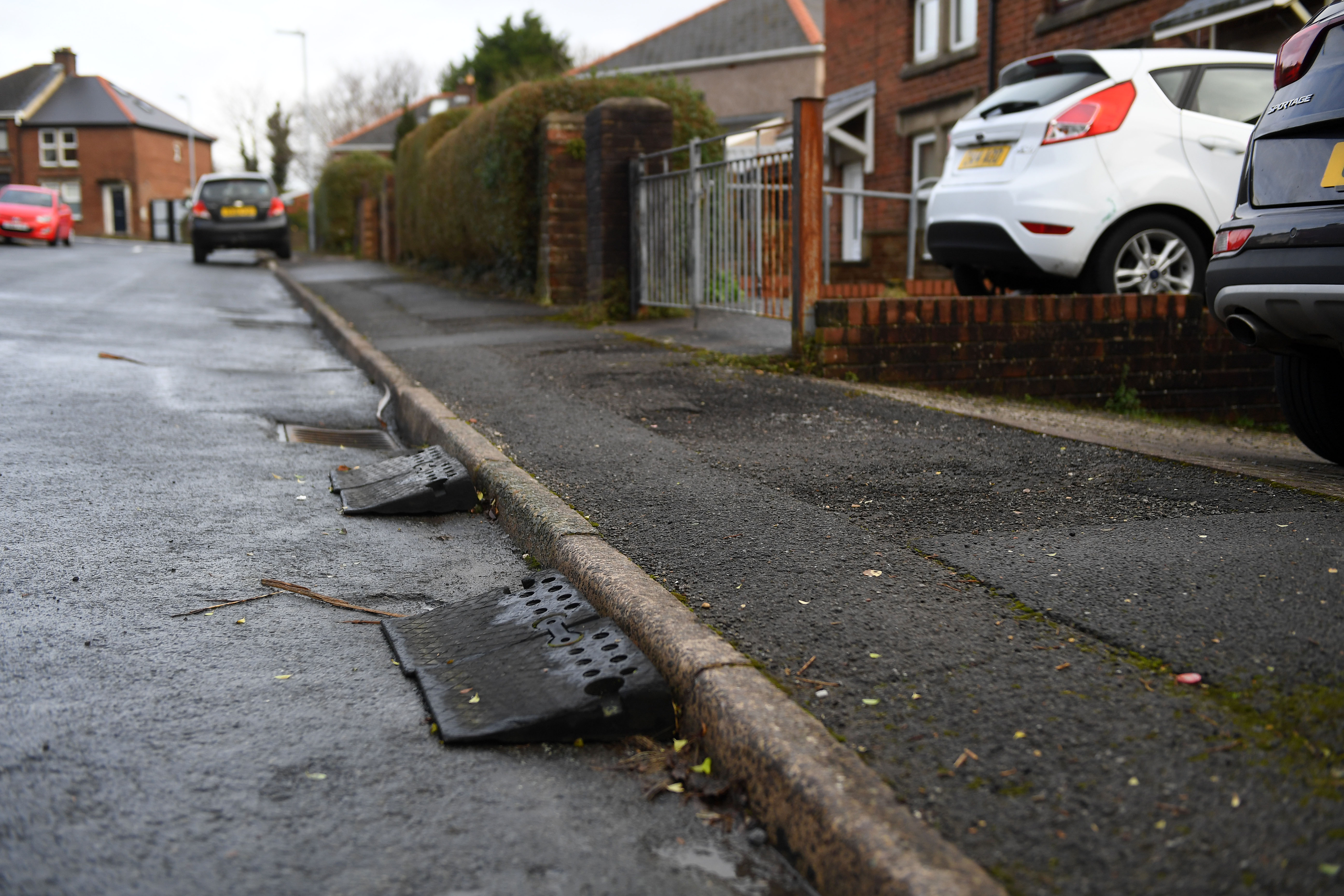 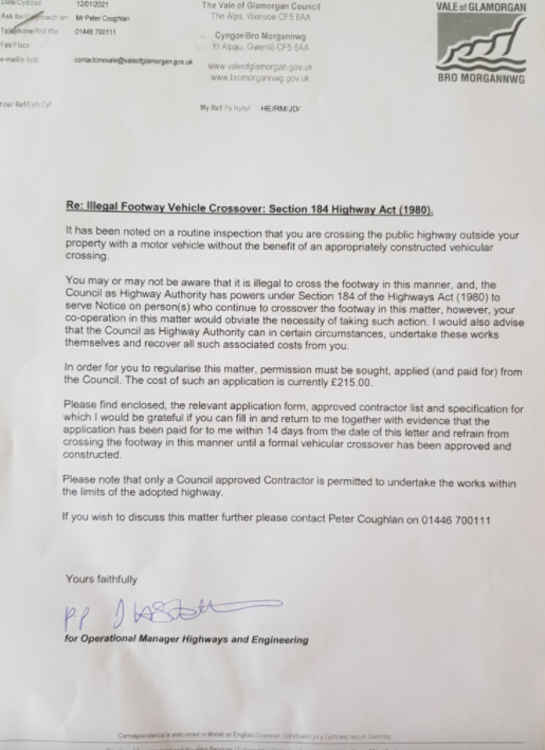 It warned local residents they could be fined for doing so and even asked them to foot the admin fees to cross the pavement to reach their properties.

Despite most motorists in the quiet street having been happily crossing the pavement for years without any fuss, Vale of Glamorgan Council has now cracked down on kerb jumpers.

Welsh council chiefs have been branded "heavy-handed" for clamping down on homes where driveways were put in after properties were built and where homeowners have to bump over the kerb to get in.

Many of the driveways were installed decades ago – but now locals on Heol Pantycelyn have been told they need an "appropriately constructed vehicular crossing" for pavements.

Residents of the street, which roughly translates to Hollystream Street in Welsh, have been told they will have to fork out on renovation works on top of the £215 fee for the application for permission.

But they say it could cost up to £1,000 to alter the pavements in line with requests from the Vale of Glamorgan council.

Joanna Yarr, who lives on one of the affected roads, said: "When we purchased our house in 2013, off-road parking was a selling feature.

"We don’t understand why – if the access to the driveway was not legal – did it not come up in the local searches?

"It will cost us hundreds and we will have to use their approved contractors.

"Caradoc Avenue is not wide enough for us all to park on the road and as it’s often used as a through road it would cause havoc to do so.

"The pavement is only around 44mm high along this road and it’s going to cost thousands to have the work done.

The Vale of Glamorgan council wrote in a letter to families, "It has been noted on a routine inspection that you are crossing the public highway outside your property with a motor vehicle without the benefit of an appropriately constructed vehicular crossing.

Frankly, it feels like bullying and it’s a really bad look for the council."

“However, your cooperation in this matter would obviate the necessity of taking such action.

"The council as highway authority can in certain circumstances undertake these works themselves and recover all such associated costs from you.

“In order to regularise this matter, permission must be sought, applied, and paid for from the council. The cost of such an application is currently £215."

Plaid Cymru councillor Ian Johnson, who represents the area on the Vale council, said of the unbelievable letter: "Residents are genuinely surprised that the Vale council thinks this is a priority during the coronavirus pandemic.

"Many didn’t know there was anything wrong having either installed their drive decades ago or bought their house with a driveway already there.

"Older residents are concerned they don’t have the money to pay for unexpected works. Frankly, it feels like bullying and it’s a really bad look for the council."

A Vale of Glamorgan council spokesperson said: "Scheduled highway inspections have identified instances where people have been driving onto the kerb and over pavements to access their driveways.

"Under the Highways Act, such a practice is not allowed unless a properly constructed dropped kerb which can support vehicles has been installed. If this is not in place, pavements can sustain damage and require repairs.

"The council has asked properties that do not have properly constructed vehicular access to their driveways to pay for the necessary adaptation work. Anyone having difficulty finding the funds should contact the council to discuss the matter.

"Despite the pandemic, the council is working hard to deliver across all its areas of responsibility, which includes maintaining the highway network."

It comes after The Sun Online exclusively revealed a Coventry resident was slapped with a ludicrous £1,700 fine for parking on his own drive. 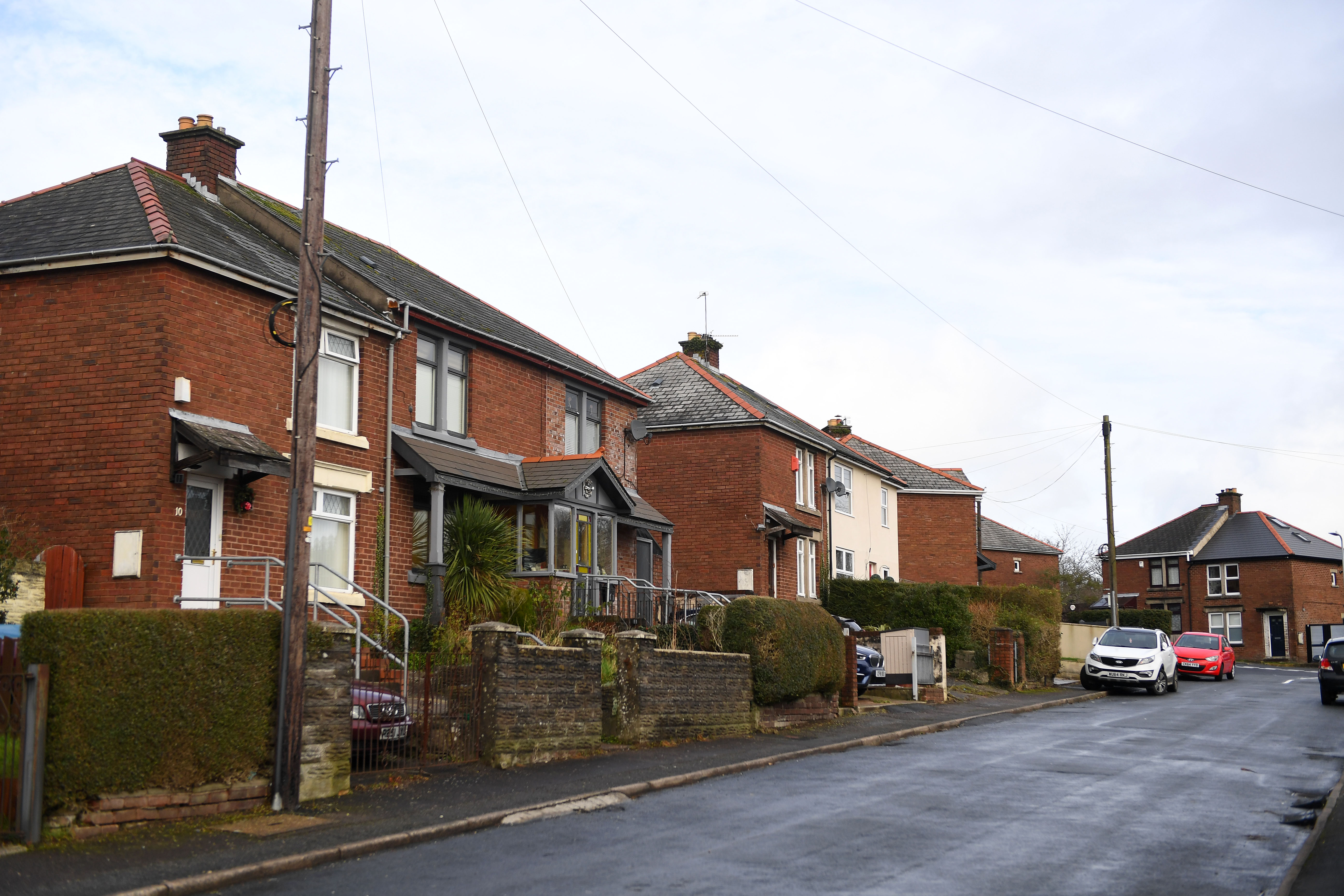