Russian police arrested more than 1,000 protesters at an anti-Kremlin opposition rally in Moscow on Saturday, raiding key opposition leaders before the demonstration even began and roughly corralling them into vans afterward.

The demonstrators were protesting to demand opposition candidates be allowed to take part in Moscow’s city council elections, after authorities barred several this month, setting off widespread anger among the city’s liberal society.

Several thousand protesters on Saturday tried to gather outside Moscow’s mayor’s office on the city’s main street. But police deployed in force to block the protest, placing hundreds of riot officers and buses around the building and arresting demonstrators ahead of the event. 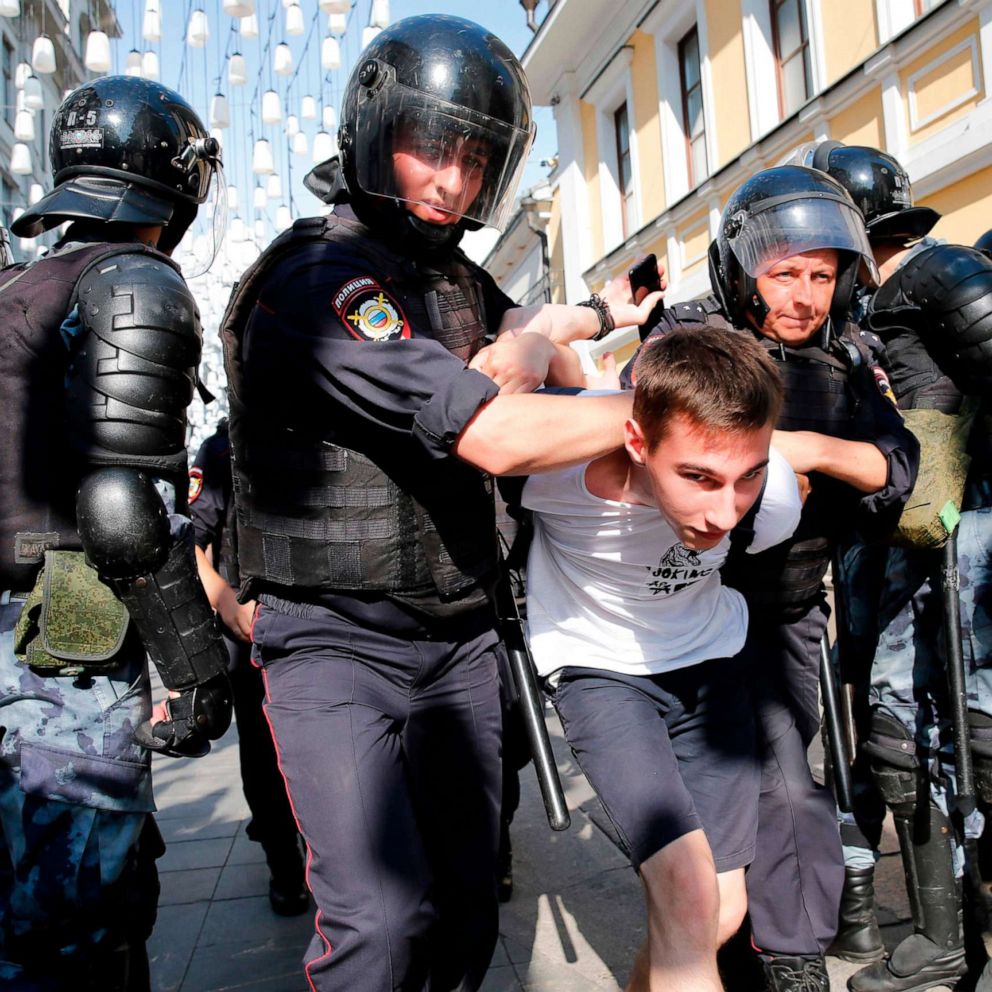 Police wearing helmets and body armor put up barriers along several key streets and closed off the Kremlin. From there, they roughly pushed back the demonstrators, arresting hundreds.

Ahead of the protest, Moscow’s mayor, Sergey Sobyanin, on Twitter warned that “attempts at ultimatums, organisation at disorders will lead to nothing good.”

“Order in the city will be ensured in accordance with the law,” he wrote.

OVD-Info, a group that monitors arrests, said at least 648 people had been detained by early evening in Moscow. Police said of the 3,500 protesters they say attended, at least 300 were arrested.

Police employed unusually aggressive tactics ahead of the demonstration, raiding the homes of key activists and arresting several this week, including several of the candidates barred from the election. A high-profile opposition politician, Dmitry Gudkov, was detained by police as he drove into Moscow on Saturday morning, his wife told the liberal channel, TV Rain.

Alexey Navalny, the country’s most prominent opposition figure, called for the protest. He, too, was arrested earlier this week and sentenced to 30 days in jail for organizing an authorized demonstration. 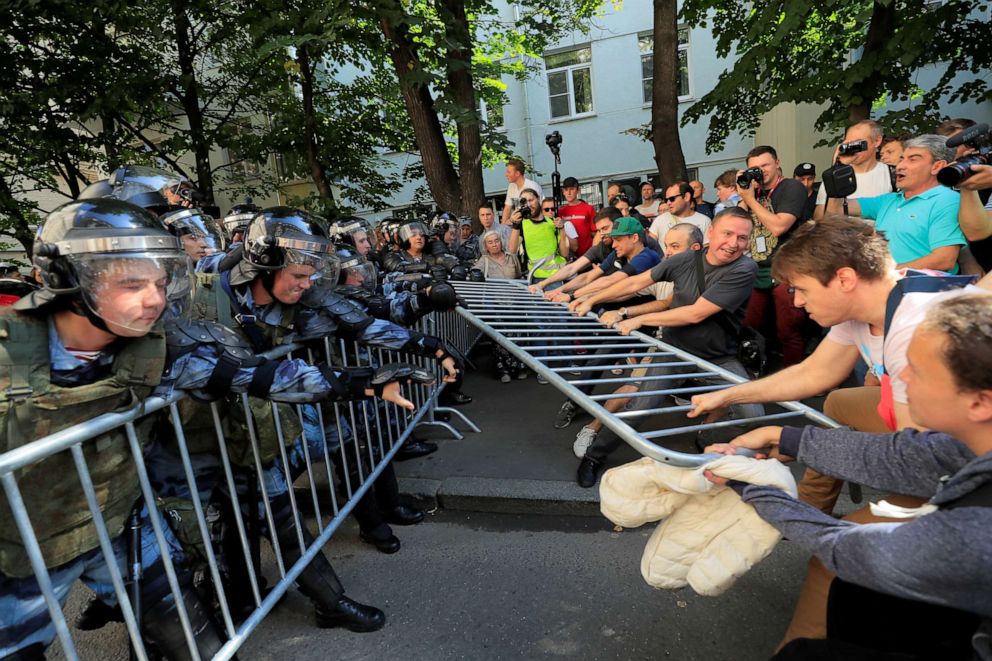 Authorities largely prevented protesters from approaching the mayor’s office, heading them off on the narrow streets nearby. There, they tried to shove them back while pulling people out of the crowd one by one and sometimes clubbing people with batons.

Forced backward, the demonstrators began moving in large groups around the city’s avenues for hours, chased by squads of police. On one street, a group of people took shelter in a church, hiding behind its gates while a line of helmeted police looked on. 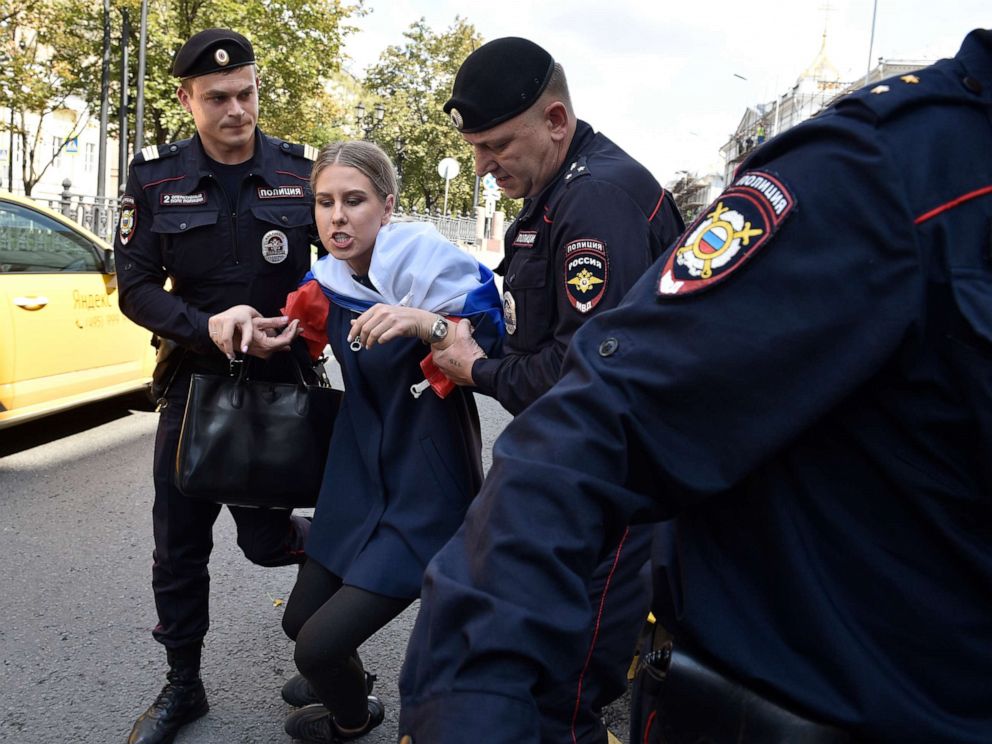 The protest was called after election authorities refused to register almost a dozen well-known opposition candidates for the city council election on September 8. Moscow’s election commission has said some of the thousands of signatures that the candidates are required to collect were fabricated, but critics have said it a ploy to keep the opposition off the ballot.

The move touched off unusual anger among Russian liberal society, who see it as a sign that the Kremlin under president Vladimir Putin will now not tolerate even low-level, legal political opposition. The searches and arrests targeting the candidates since have reinforced that belief, observers said.

“The searches against independent candidates for Moscow’s city parliament mean that legal politics has finished in Russia. From now on in practice they will only allow individuals agreed in advance, and all the rest they will try to frighten and declare criminals,” an op-ed in the renowned opposition investigative newspaper, Novaya Gazeta, said this week.

Moscow’s city council, which has 45 seats, manages a huge municipal budget and is currently controlled by the ruling Kremlin party, United Russia. A number of the candidates arrested this week, such as Yashin, Sobol and Zhdanov, have built a following beyond Moscow through their activism, publishing investigations into alleged corruption and other abuses by officials.