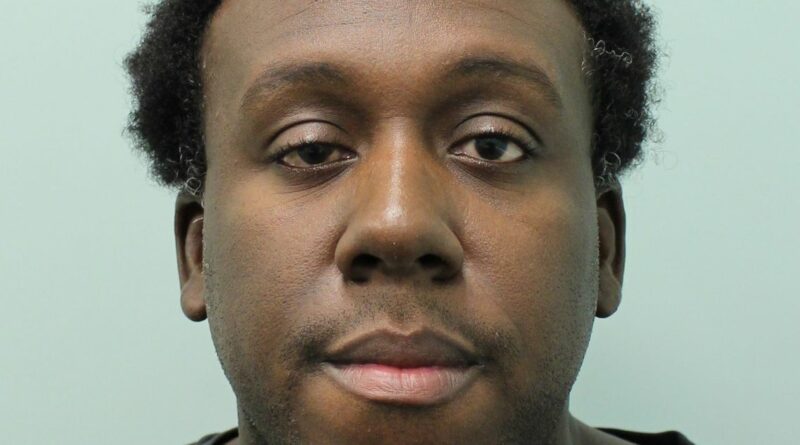 A sick paedo who secretly filmed women and their daughters with sophisticated hidden cameras in coat hooks and a water bottle has been jailed.

Dean Gordon, who was was caught with more than 12,000 indecent images of children, deliberately befriended mothers who had young girls in order to carry out his heinous crime.

The 41-year old was busted after the Met Police executed a search warrant at his Leytonstone home on August 11, 2021.

Officers, who took three days to search the property, seized over 200 separate digital devices found to contain an appalling 12,529 indecent images of children, over 2,000 of which were the most serious Category A.

The pictures included 436 of several child victims he had covertly recorded naked or semi-naked for his own sexual gratification, including images of himself sexually abusing one girl as she slept.

Following the investigation a number of victims – children and adults known to Gordon – were traced, unaware they had been secretly recorded.

At Snaresbrook Crown Court in East London on Monday (January 16), Gordon was sentenced to six years and eight months in prison.

Detective Constable James Cronin, part of the Met Police's online child sex abuse and exploitation team, said: "This has been a complex investigation involving specialist officers undertaking countless hours of work to uncover his wrongdoing and locate and assist victims of his abuse.

"The victims, especially the children, have shown incredible bravery by coming forward and sharing their story.

"Anyone who believes they have been a victim of child abuse should contact police on 101 and, as this case demonstrates, we will carry out a thorough investigation and bring perpetrators to justice."

If you or somebody you know has been affected by this story, contact Victim Support for free, confidential advice on 08 08 16 89 111 or visit their website, www.victimsupport.org.uk.