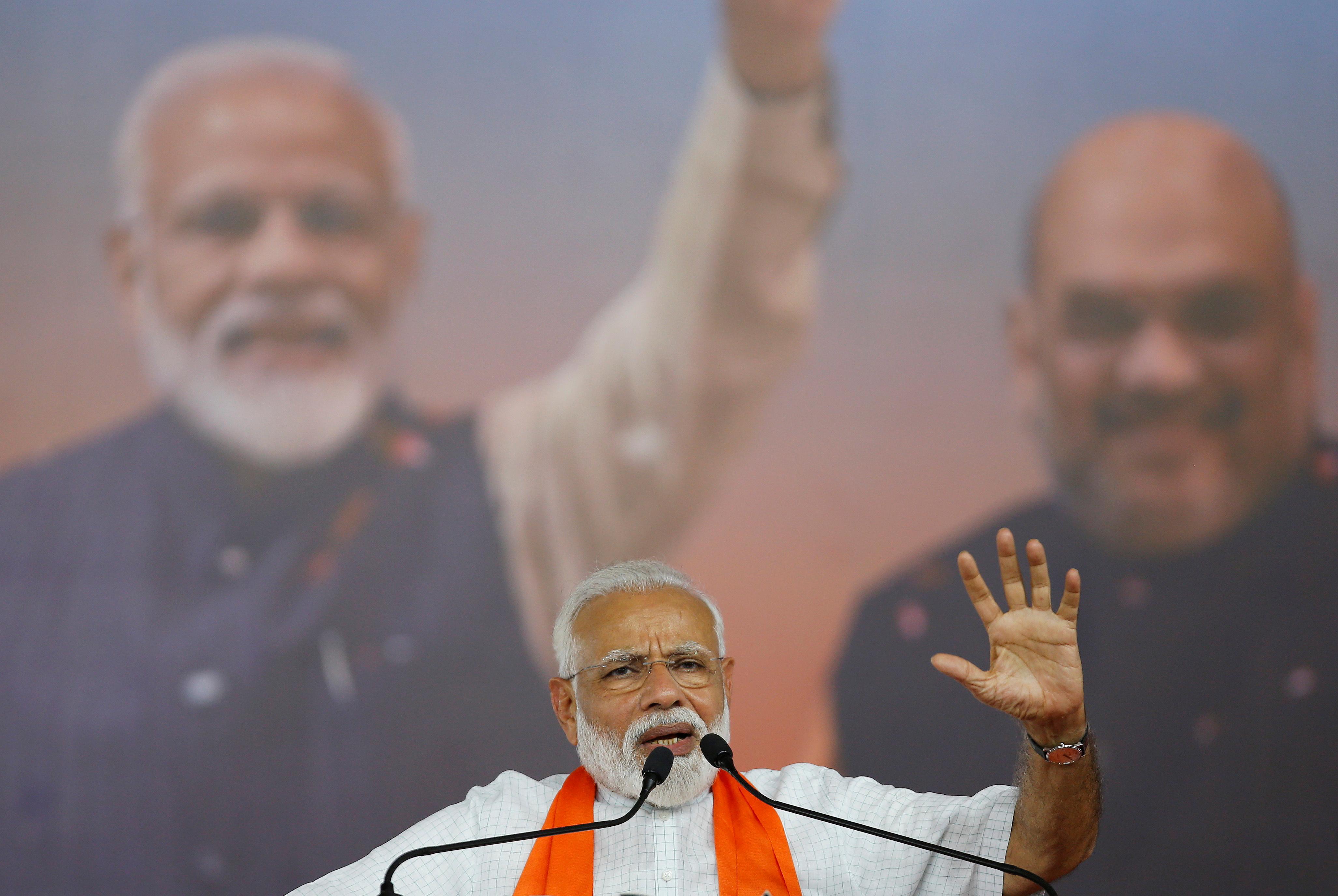 Hindu-majority India and Muslim-majority Pakistan have fought three wars since their independence from Britain in 1947, and came close to a fourth in February after a suicide bomb attack by a Pakistan-based militant group killed at least 40 Indian police in the contested Kashmir region.

Modi begins his second term as prime minister on Thursday after a convincing election victory which political analysts say was helped by his handling of that tension with Pakistan.

The Indian government said in a statement on Monday the leaders of Bangladesh, Myanmar, Sri Lanka, Thailand, Nepal, and Bhutan – all members, with India, of the little-known Bay of Bengal Initiative for Multi-Sectoral Technical and Economic Cooperation (BIMSTEC) – had been invited to the swearing-in.

“This is in line with government’s focus on its ‘Neighborhood First’ policy,” a government spokesman said.

The leaders of Kyrgyzstan and Mauritius have also been invited.

But two sources in Indian’s foreign ministry said Pakistan will not be on the list, without providing further information.

Pakistani Foreign Minister Shah Mahmood Qureshi suggested the reason was India’s internal politics, after Modi had made “Pakistan bashing” the central theme of his election campaign.

“To expect that he will get rid of his narrative and invite the entire opposition to criticize him, it was not possible,” Qureshi told Pakistan’s Geo TV channel late on Monday.

In 2014, when Modi was sworn in for his first term, leaders from the South Asian Association for Regional Cooperation (SAARC), that includes Afghanistan, Bangladesh, Pakistan, Nepal, Sri Lanka and the Maldives, were invited.

Pakistan’s then-prime minister, Nawaz Sharif, attended then, to the anger of some of Modi’s Hindu-nationalist allies.

The February bombing in the Kashmir region led to the most serious clashes between the countries in years.

India launched an air strike on a suspected militant camp on the Pakistani side of the border. Khan said Pakistan’s air force responded with strikes, to the alarm of world powers.

An Indian aircraft was shot down and Pakistani forces captured the pilot but sent him home within days.

Modi played up national security in his campaign for a seven-phase general election over April and May, which he won with an increased majority.

Khan called Modi on Sunday to congratulate him shortly after results were announced.

Modi could meet Khan at a Shanghai Cooperation Organization summit in Kyrgyzstan next month, that both leaders may attend.