Clipping their wings: Pakistan province orders Red Bull and similar drinks to stop using the word ‘energy’ in their adverts because it’s ‘misleading’

The province of Punjab in Pakistan has ordered manufacturers of energy drinks – including Red Bull – to remove the word ‘energy’ from their packaging.

The Punjab Food Authority (PFA), which regulates Pakistan’s most populous province, said the highly caffeinated drinks do not provide nutritional energy, but rather unleash existing reserves.

PFA’s director, Noorul Amin Mengal, said adverts for energy drinks are ‘misleading’ the province’s ‘illiterate population’. Under the order, they can call their drinks ‘stimulants’ instead. 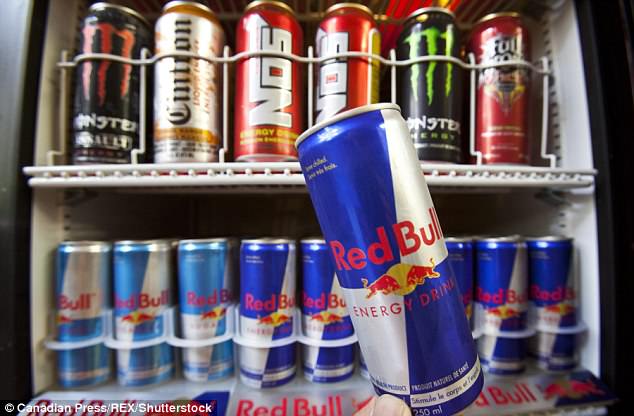 The Punjab Food Authority (PFA), which regulates Pakistan’s most populous province, said the highly caffeinated drinks (including Red Bull, pictured in a stock image above) do not provide nutritional energy, but rather unleash existing reserves

He told The Guardian: ‘In TV commercials [people who consume energy drinks] throw huge tires, they keep running and running.’

Manufacturers of energy drinks sell about 312 million units of their products every year in Punjab, which has a population of over 110 million.

The PFA has also demanded that the producers of the drinks add a warning in Urdu to stop pregnant women and under-12s using the products.

Additionally, they must ensure the caffeine content of the drinks is no more than 200 parts per million, about half a current Red Bull can.

A spokesman for the PFA said some bodybuilders have ended up in hospital after drinking numerous cans at once.

Firms producing the drinks have until the end of 2018 to put the changes in place.

A Red Bull spokesman told The Guardian it ‘complies with all relevant laws’ concerning its product, explaining that it is a ‘responsible international company’.

In January, a series of British supermarkets banned the sale of high caffeine energy drinks to under 16s.

Energy drinks with high caffeine levels carry a label stating they are ‘not recommended for children’, yet research suggests 69per cent of adolescents and 24per cent of children under 10 are drinking them. 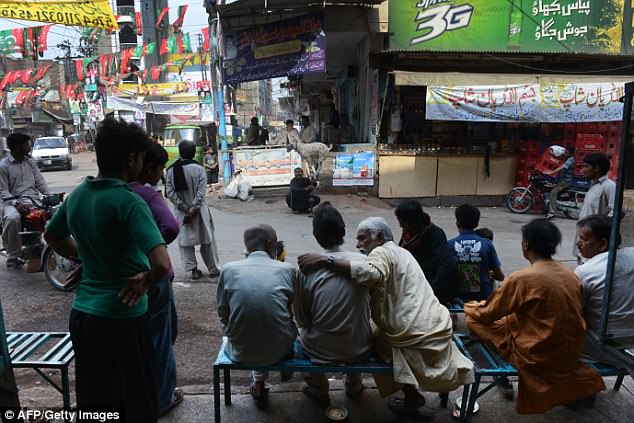 Manufacturers of energy drinks sell about 312 million units of their products every year in Punjab, which has a population of over 110 million. Pictured: Men sit in a street in Lahore, Punjab’s largest city

The British Soft Drinks Association insisted energy drinks are not marketed to children after the ban.

Its director general, Gavin Partington, said: ‘Energy drinks and their ingredients have been deemed safe by regulatory authorities around the world.

‘In 2010 we introduced a voluntary Code of Practice to support parents and consumers who want to make informed choices. In 2015 this was updated to include more stringent guidelines around marketing and promoting, including reference to in and around schools.

‘Energy drinks are not marketed or promoted to under 16s and all beverages carry an advisory note stating: Not recommended to children.

‘Energy drink manufacturers have taken all possible steps to be clear about the suitability of energy drinks. Retailers, schools and parents all have a role to play in educating children about caffeine and sugar consumption from all sources.’