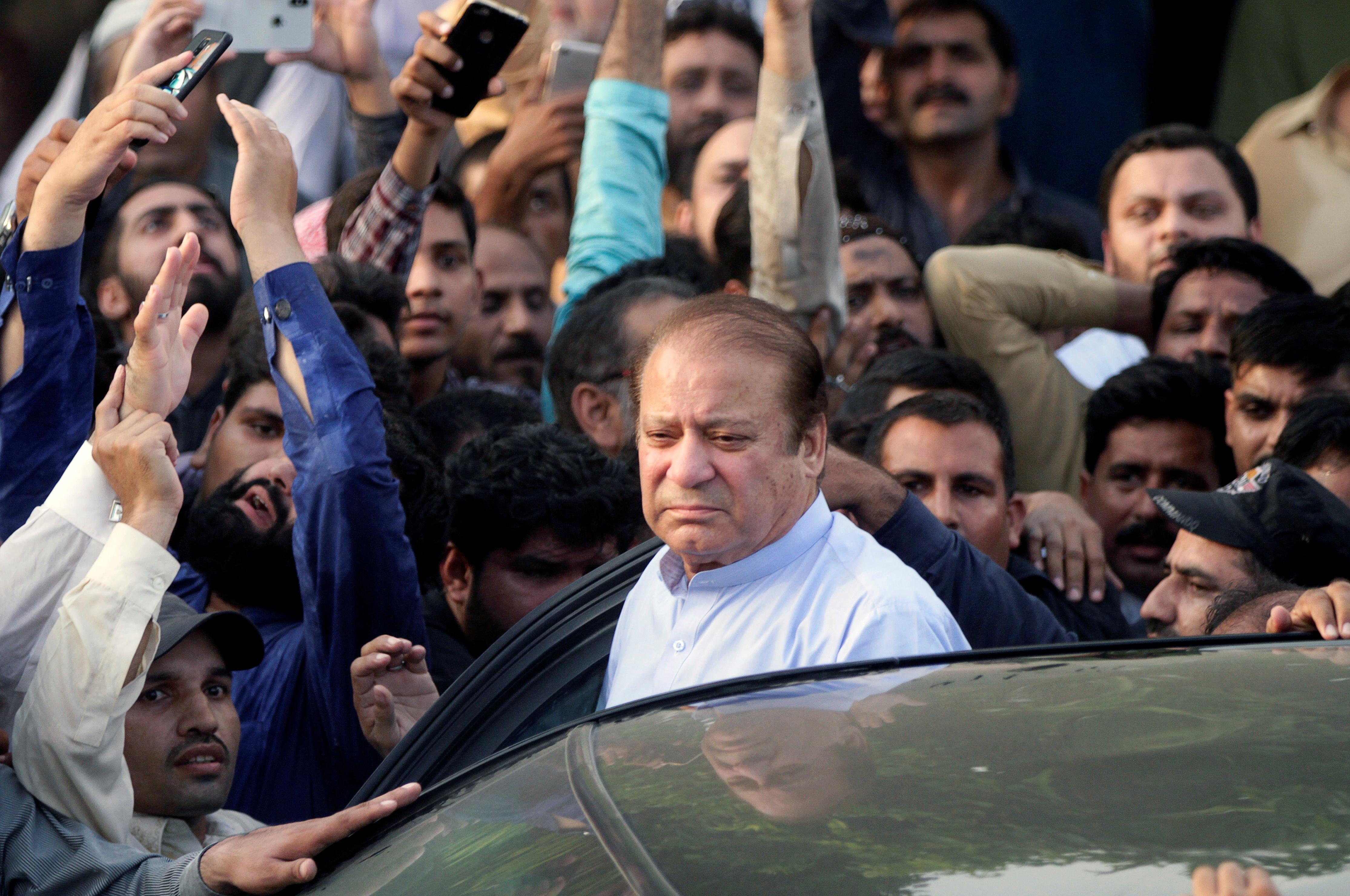 Sharif, who is serving a seven-year sentence imposed last year for failing to disclose the source of income that allowed him to acquire the Al-Azizia Steel Mills in Saudi Arabia, was released on bail in March.

He returned to the District Jail in Lahore in the early hours, accompanied by thousands of cheering supporters, several hours after he was due back.

Shahbaz Gill, spokesman for the Punjab chief magistrate, said Nawaz arrived at the jail after its gates had closed for the night but was allowed in to avoid inflaming tensions.

Thousands of supporters of Sharif’s PML-N party joined their leader from his house and stopped his car at several points along the route, showering his car with flowers and chanting in support.

Three-time premier Sharif, who was disqualified from holding political office for life, has been suffering from a heart condition and kidney problems.