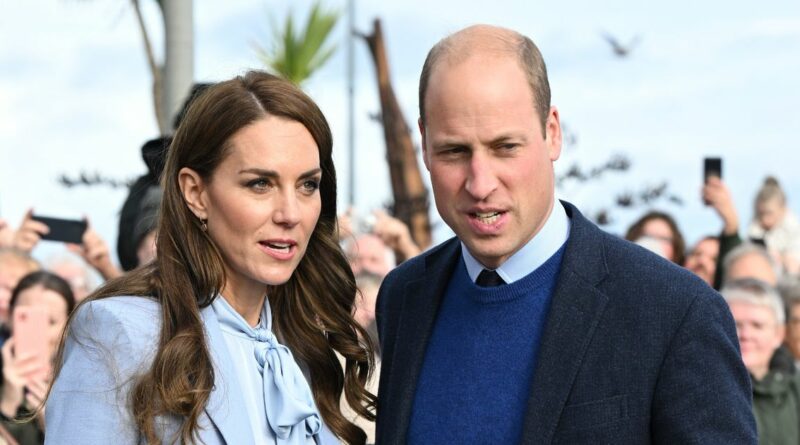 It is no surprise that Buckingham Palace does all it can to protect Prince William because he’s the heir, a royal expert has said, as Harry and Meghan “stir up controversy”.

The news comes as Netflix released the second trailer for its eagerly anticipated documentary following the lives of the Duke and Duchess of Sussex, in which Prince Harry appeared to claim that the Palace lied to protect the Prince of Wales.

The Duke goes on to appear to say the same treatment was not afforded to him and his wife, adding: “They were happy to lie to protect my brother, they were never willing to tell the truth to protect us.”

As he says it, a shot of Buckingham Palace is shown on screen.

While it’s not clear which individuals or institutions the criticism is aimed at, royal expert Kinsey Schofield of the To Di For podcast has weighed in saying that it is no surprise that Buckingham Palace would protect its heir.

Speaking to the Daily Star she said: “Harry has provided the palace with many more controversial stories to navigate than William ever could.

“William is the heir. Of course, the Palace is going to protect him.

“Keep your nose out of trouble and nothing can be said about you. Look at the Princess Royal.”

She argued that, while this might not be the case today, in the past the Palace had done much to help Harry.

“Harry should be grateful that the Palace worked so diligently to change his image,” she said.

“He went from angry bar dweller to war hero overnight.

“Had The Firm not protected Harry with a very strategic transformation, there is no way he would have the platform he has now to slander his own flesh and blood.

“Harry was popular. Because The Firm worked very hard to make him likeable.

“If the Palace stopped protecting Harry, perhaps it was in response to Meghan’s bully allegations… or the fact that everyone knew that Prince Harry had one foot out the door.”

Since then, Kinsey feels that Harry has been a reliable source of controversy and his specific methods of communicating with the public use a style that stirs up trouble and gets their supporters to rally around.

“Harry and Meghan talk in large generalisations that leave people gossiping and guessing,” she said

“It’s a way for them to avoid defamation while continuing to stir up controversy and rally their angry base.”