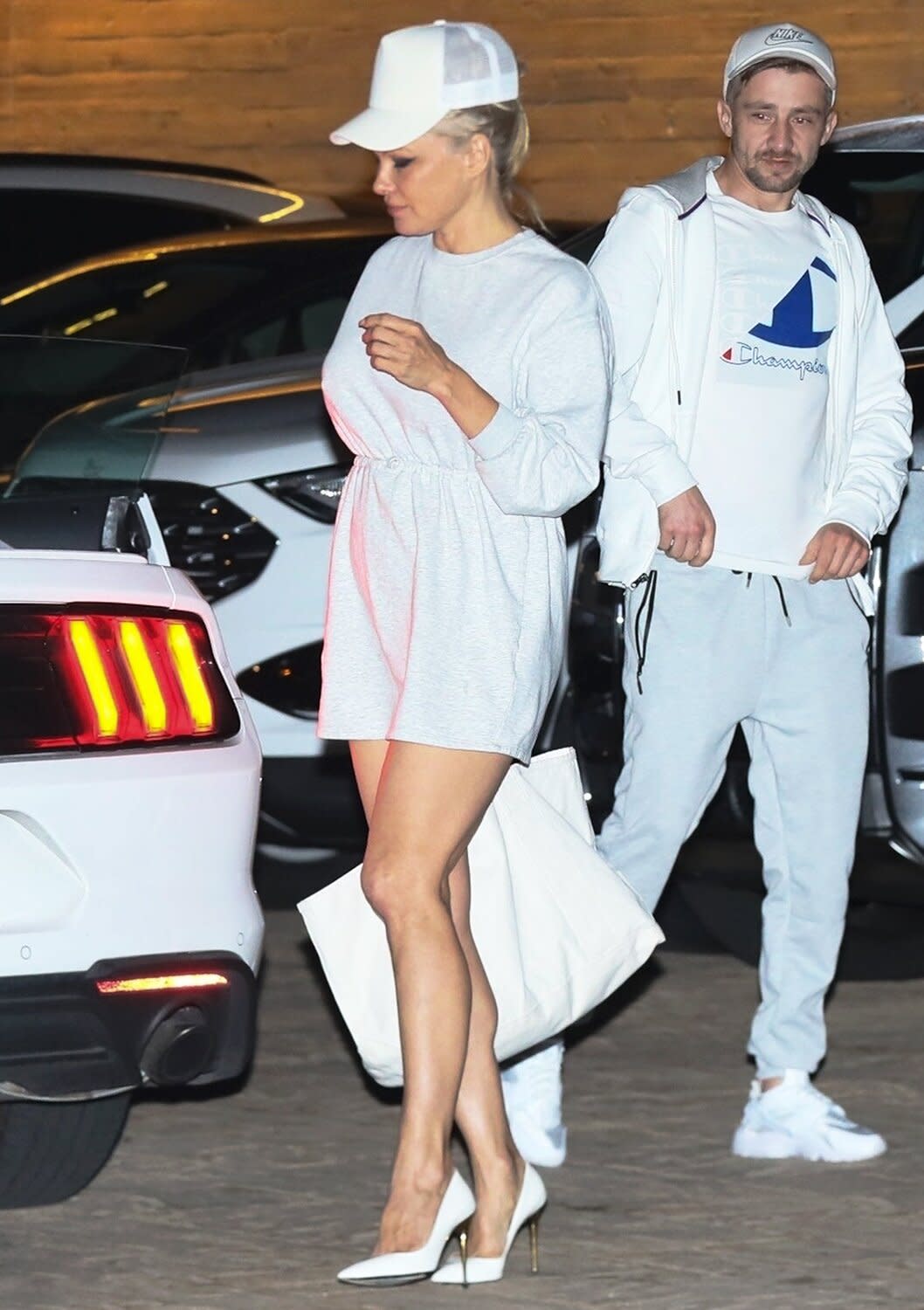 Pamela Anderson is enjoying some family time on the West Coast.

The former Baywatch star, 54, was photographed for the first time since news of her split from her bodyguard husband Dan Hayhurst.

Anderson was spotted Monday evening at Nobu restaurant in Malibu, California, with several individuals, including son Brandon Thomas Lee and her assistant Jonathan.

For the outing, the actress and model donned a short gray romper with long sleeves and white stilettos, finishing the casual-chic look in a white baseball cap and carrying a large white tote.

Never miss a story — sign up for PEOPLE's free daily newsletter to stay up-to-date on the best of what PEOPLE has to offer, from juicy celebrity news to compelling human-interest stories.

RELATED: Pamela Anderson and Fourth Husband "Fell Out of Love" Before Split: She Was "Hoping for the Best"

PEOPLE confirmed Thursday that Anderson had split from her fourth husband Hayhurst, her bodyguard whom she wed on Christmas Eve 2020. A rep for Anderson said she filed for divorce in Canada, where the two lived as husband and wife.

"Pamela went into this relationship hopefully," a source told PEOPLE following the split. "She goes into everything hoping for the best. She thinks every marriage will be her last."

"I think they had a lot in common especially their love of Vancouver Island," added the insider. "But they fell out of love."

Previously, Anderson married Mötley Crüe drummer Lee, 59, in 1995, and they divorced in 1998. The actress later married and divorced Kid Rock in 2006. Then she married and divorced producer Rick Salomon twice — in 2007 and 2013. Both marriages to Salomon dissolved in less than a year.

She also split from producer Jon Peters in 2020, but clarified that they were never legally married despite having had a wedding ceremony.