SYDNEY/BRISBANE (Reuters) – Papua New Guinea’s lawmakers gathered on Tuesday for a crucial sitting of parliament, with opponents vowing to topple the government of Prime Minister Peter O’Neill, who clings on despite promising to resign three days ago. 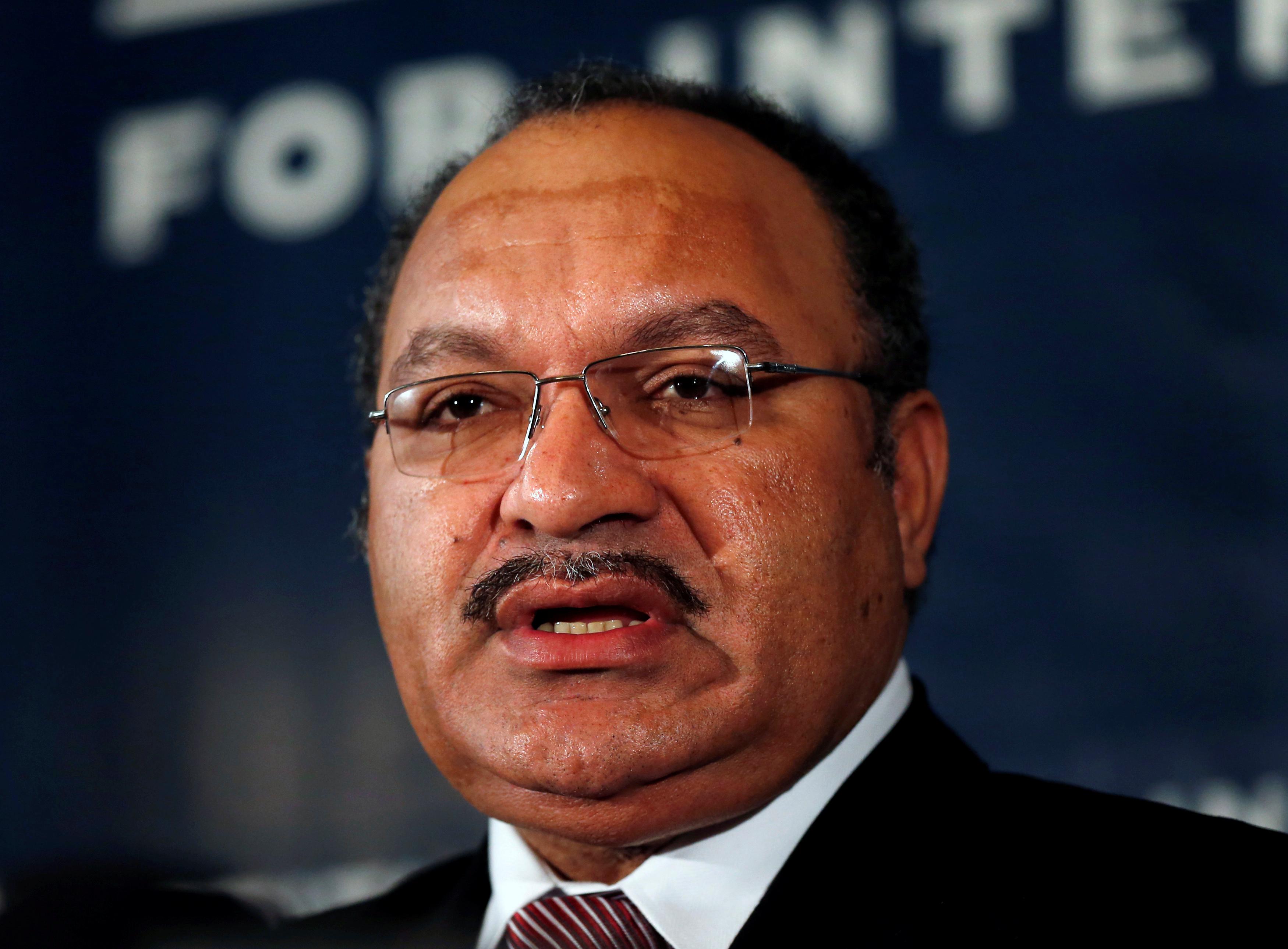 Additional police patrolled the capital of Port Moresby ahead of the session at which, O’Neill’s opponents say, they will command a majority they plan to demonstrate with a vote to change the speaker of the house.

“(This) is enough for us to move into government,” deputy opposition leader Timothy Masiu said by text message from the Laguna Hotel, where the opposition has been based for weeks, as he prepared to leave for parliament.

It was not immediately clear how that would proceed, or if the opposition would then be able to carry out its plans for a no-confidence motion, a procedure O’Neill has challenged in court.

O’Neill is resisting calls to formally quit before the challenge is heard on Friday. His spokesman said he expected a rowdy question-time “but not much else” on Tuesday.

Powes Parkop, a lawmaker who has stayed loyal to the government, said he was confident the speaker would not change.

Instability is not unusual in the South Pacific archipelago and it has not held back mining and energy investment in the resource-rich nation.

But protests over the benefits failing to reach poverty-stricken rural areas have dogged the government, sapping support from the ruling coalition.

O’Neill himself resisted calls to resign for weeks but said on Sunday he would quit in favor of Sir Julius Chan, a two-time former national leader.

Analysts say the political turbulence will delay resource projects on the drawing board, putting a cloud over plans, with oil majors exposed to PNG, Total SA and ExxonMobil Corp, watching closely.

The uncertainty knocked shares in Oil Search Ltd, a partner of the majors in large liquefied natural gas developments there, on Monday.

However the head of another development partner, Santos Ltd dismissed analysts’ concerns that final investment decisions on LNG expansion could be pushed out beyond their 2020 targets.

“There’s no indication that the PNG government want to delay anything,” Kevin Gallagher, the chief executive of Santos, told reporters at an energy industry conference in Brisbane.

“I’m confident that whoever forms the government or whoever leads the PNG government will continue to support development like we’ve seen for 10 years-plus now in PNG – very stable government, very development-focused government.”

He declined to predict what will happen with the leadership but said even the opposition was focused on gas development.

“They are very development and growth-focused. So I wouldn’t expect any delay. There’s no indications anybody wants to slow anything down. I think on the contrary they are all very positive on expansion and development.”

He added that he thought the PNG LNG partners, led by ExxonMobil, would be able to stick to a previously flagged schedule to enter preliminary engineering planning for the expansion project within the next few months.